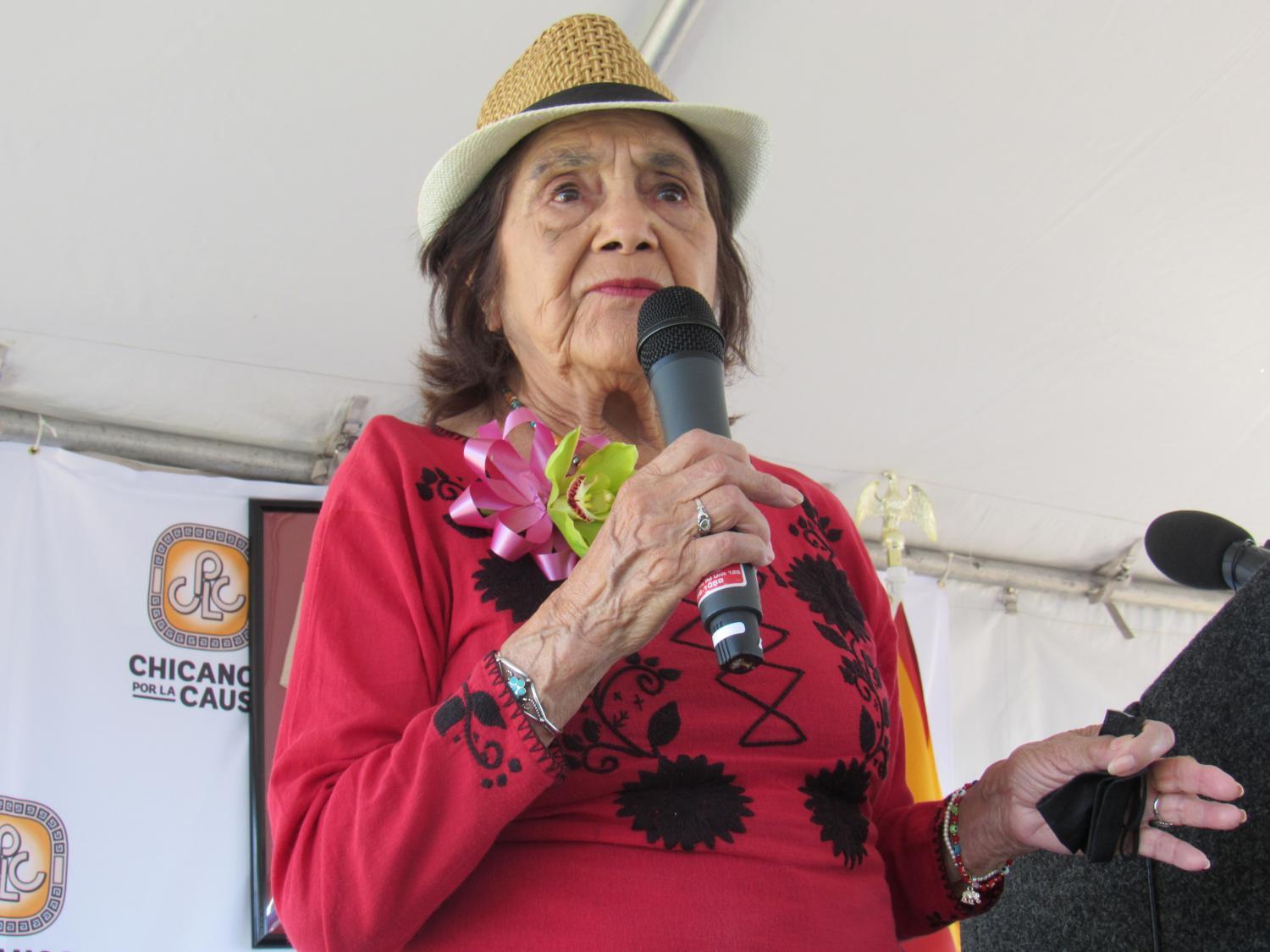 Fifty years ago, Santa Rita Hall near downtown Phoenix served as a gathering place for a pair of Latino labor icons trying to overturn a new state law stopping farmworkers from organizing.

The leader who coined the phrase "Si se puede" recounted history during a Friday visit to the grounds.

In 1972, Cesar Chavez protested Arizona’s new law against farmworker unions by fasting at Santa Rita Hall. Dolores Huerta went to meet with prominent Latinos to seek their help to overturn it.

The reply was that what she was asking could not be done here.

“My answer to them was, ‘Si se puede en Arizona,” said Huerta.

The words were still on her mind that night. When Huerta got to mass at Santa Rita Hall, she told fellow activists about the meeting.

A bill to make Santa Rita Hall a national historic site is expected to soon be introduced in Congress, according to owner Chicanos Por La Causa.

“What happened here has really gone really international. And when I say that, I’m talking about si se puede, right. Because this is where si se puede started,” said Huerta.