As the Title 42 debate rages on, asylum seekers in Nogales search for concrete answers 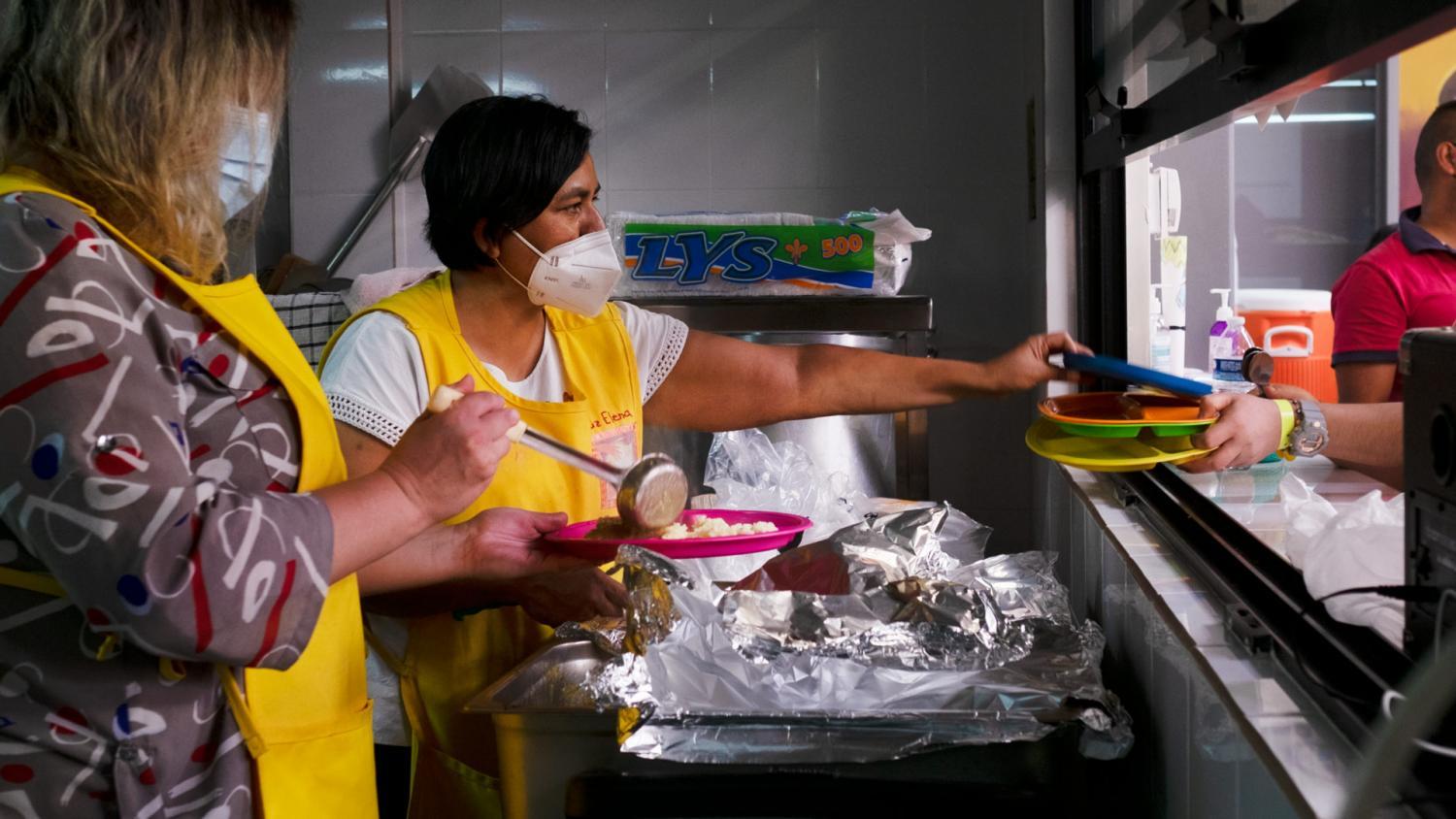 Alisa Reznick/KJZZ
Volunteers hand out food to migrants and asylum seekers at the Kino Border Initiative, one of a few migrant shelters in Nogales.

This week, a federal judge in Louisiana is expected to rule on whether the Centers for Disease Control and Prevention can terminate Title 42 on May 23 as planned. It’s the latest in a simmering political battle over the future of the pandemic-era protocol that restricts asylum at the border.

As the debate over its future rages in the courts, asylum seekers in Nogales are trying to figure out what's next.

More than two years since the Trump administration enacted Title 42, what was once a little-known CDC statute has kept tens of thousands of migrants and asylum seekers from entering the U.S.

By Customs and Border Protection’s own figures, the protocol has been used more than 1.8 million times since 2020.

It’s the reason Gilberto, Gavina and their young son have been stuck here, at the port in Nogales, for almost a year. Gilberto says they came to the border in July, because of what happened in Guerrero, where they’re from in southwestern Mexico.

It’s one of the country’s poorest states. Over the last several years, parts of the state have been gripped by violence from organized crime. We’re only using their first names for their safety. Gilberto says his family’s been shot at in their home; he’s worried people could still come looking for them. Talking about making it here to Nogales, he’s crying.

"Because the reality in our country is a country that lives in uncertainty."
— Gilberto, asylum seeker from Guerrero, Mexico

They’ve been waiting in Nogales to apply for asylum in the U.S. Today, that wait is over.

“Today is a marvelous day, a big day,” Gavina says, wiping tears from her eyes. “We got our son out, thanks to God, here we are, alive.”

They have plastic sleeves with their IDs, vaccine cards, negative COVID-19 tests and other documents. Pretty soon, they’ll walk through the turnstile of the port and present that material to U.S. border officers.

Their family is waiting in Phoenix. After a few hours of processing, they’ll be released to await an immigration hearing scheduled later on this year. It’s the first step in what can be a yearslong asylum process.

Gavila and Gilberto are some of a handful of migrants allowed to enter the U.S. today as exemptions to Title 42. Legal advocates are prepping them for the journey and telling families what to expect during processing at the port.

Port officers decide who is eligible for Title 42 exemptions on a case-by-case basis, and referrals are made by legal advocates and aid groups. Advocates working in Nogales say that for months, those exemptions were very difficult to get.

They began picking up in Nogales in April. Asylum seekers with urgent medical needs or safety issues were first in line,next were families who’d been waiting the longest.

Mari, a single mom from Guerrero, hoped her family would be among them. 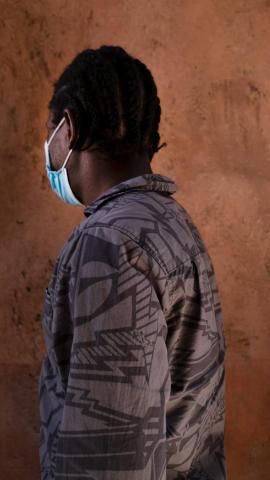 Alisa Reznick/KJZZ
Jodel, an asylum seeker from Haiti, has been in Mexico for the last eight months with his wife and daughter. Aid workers say Haitians and other migrants of color face higher risks and discrimination on their journeys.

I first met her in Nogales last September. She arrived in July with her 12-year-old son and 4-year-old daughter after fleeing gang violence where she's from in the mountains of Guerrero. We’re only using her first name for her safety.

Last fall, she and more than a dozen other families went to the port with vaccine cards and negative COVID tests in hand, hoping for the chance to begin the asylum process. Each family was turned away.

For Mari, going back to Guerrero wasn’t an option, but staying in Nogales wasn’t either — the tiny room she was renting just got too expensive, and she didn't always feel safe there alone with her kids. They headed to Tijuana, then Guadalajara. She came back a little over a month ago.

“We have this little door, but it’s a hope, a hope they have given us again,” she says.

Like most people waiting in Nogales, she’s trying to apply for asylum here, at the port.

That’s a right under U.S. and international law. But Aaron Reichlin-Melnick with the American Immigration Council, which advocates for immigrants, says it’s just not been possible under Title 42. He says that’s part of why encounters with migrants between ports have surged.

“Your best way of doing it is to cross the border illegally, flag down the nearest Border Patrol agent, and ask for asylum,” he said. “If you want to go to a port of entry, your most likely outcome, unless you’re Ukrainian, is that you’re going to get turned away."

That’s a reality Mari knows well. When the CDC announced an end date for Title 42 last month, it felt like that might finally change.  She was in line to finally come to the U.S. as an exemption to the protocol.

But last week, the suit brought by Arizona and other states to keep the protocol in place headed to court in Louisiana. Mari heard from legal advocates again — this time with bad news.

“The gave us the news that we have to wait, the process [of exemptions] will stop a bit,” she said. “Imagine.”

It felt like the small door that opened in April, was closed again.

A few weeks ago, Arizona Attorney General Mark Brnovich filed a restraining order mandating Title 42 continue without rolling back early, as some reports had suggested. It was approved and extended by U.S. District Judge Robert Summerhays, the Louisiana district judge considering the suit.

Chelsea Sachau, a lawyer with the legal aid group Florence Immigrant and Refugee Rights project, says under the order, the number of people allowed to be exempt from Title 42 each day changed.

“The port and NGOs are all here ready to help receive and process asylum seekers, but under this court decision, we are somehow limited to locally, only 15 a day,” she said.

Sachau said with those restrictions, only the most pressing cases are being recommended for exemption. Though, she stresses, all migrants stranded in Nogales are considered vulnerable.

As for Mari, she said she’s not sure what will happen next. But even if the exemption process slows to a trickle, she’ll keep fighting — for her kids’ futures, and their protection.

“We continue in the fight, and we still have hope,” she said. “Even if it gets slow, we’re not losing faith.”