Arizona's Havasupai push back as interest in nearby uranium mine grows 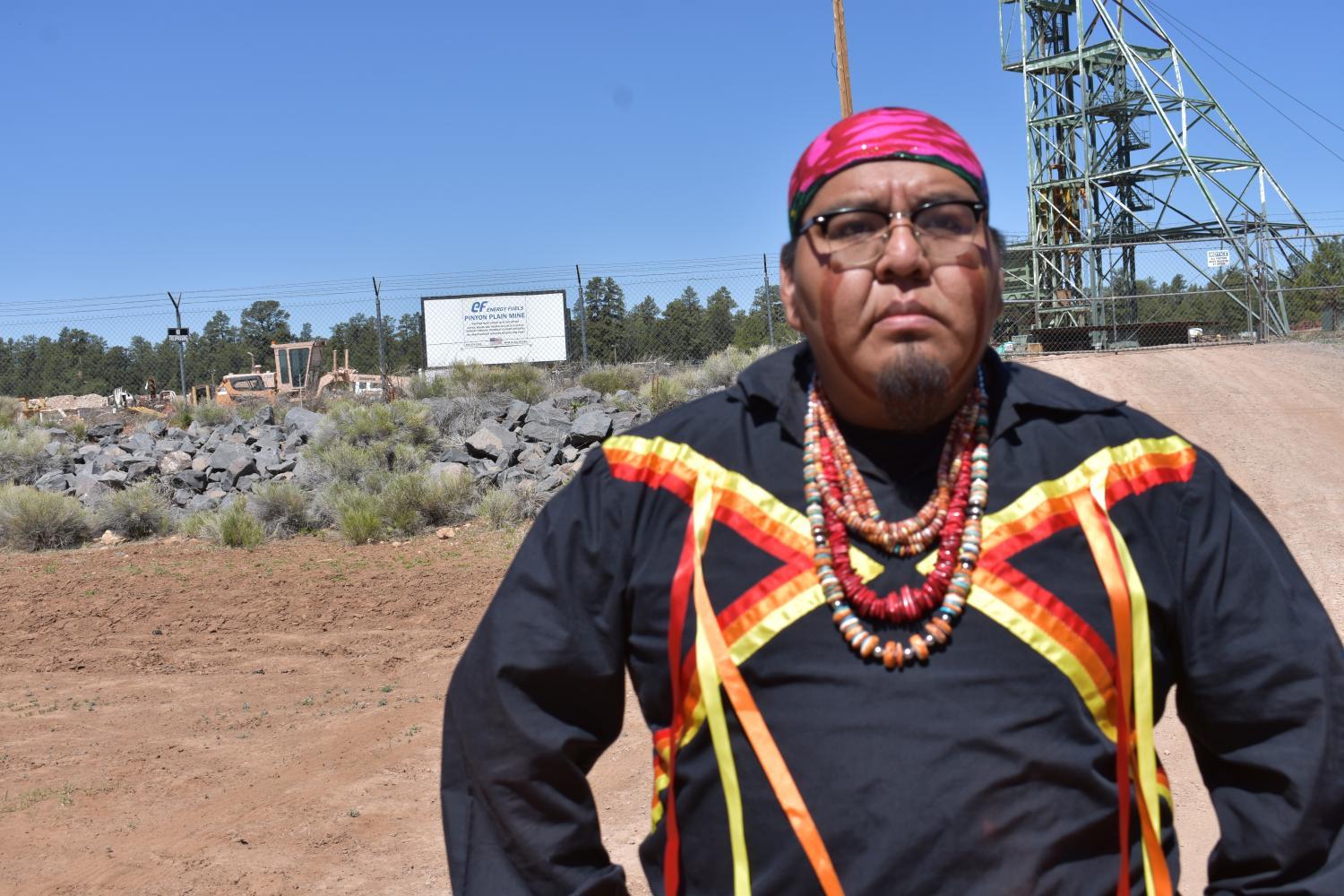 The quiet and shade of the Kaibab National Forest ends at a chain-link fence posted with No Trespassing signs. The hum of a giant pump cuts through the still air. A sign proclaims this site Energy Fuels’ Pinyon Plain Mine with an American flag emblazoned beneath. The Havasupai Nation has another name for it.

"Mat Taav Tijundva … a gathering point," explains Stuart Chavez, a tribal councilman. "This location that was only used for ceremonial purposes that’s now been tarnished and tainted was our heirloom."

We walk around the enclosed mine to where water pours from a pipe into a lined pond. Energy Fuels breached an aquifer here in 2016, and the uranium and arsenic heavy water’s been pumped out ever since at the speed of a garden hose.

Water is at the source of the tribe’s conflict with Energy Fuels.

"If they continue to operate and pull out ore, there’s a high chance, there’s a likelihood that the water could trickle on down to Supai. That’s what we’re afraid of," he said.

Supai is the tribe’s capital, inside the Grand Canyon.

Energy Fuels and Arizona contend that the mine is safe and continuously monitored.

He points to a study from the U.S. Geological Survey that found 95% of groundwater sites tested in the Grand Canyon met drinking water standards in spite of the mined uranium. The scientist who authored the report, Fred Tillman, says it’s merely a baseline.

"We’re very very confident that there’s going to be no impacts to the environment or to human health or anything like that," Moore said.

"The mine meets the legal requirements for issuance of a permit. They’ve met the requirements in law," explained ADEQ Water Quality Division Director Trevor Baggiore.

He said state officials met with Havasupai tribal leaders at Red Butte, the nearby mountain sacred to the tribe and that the permit addressed the tribe’s concerns.

"From the stories that I’ve read, it’s clearly not satisfactory to have the mine in existence at all," he said.

As part of its permit requirements, ADEQ is requiring extra groundwater monitoring wells and to keep checking the water 30 years after the mine closes.

Right now, we’re halfway through a 20-year moratorium on new mining operations on one million acres of land near the Grand Canyon. Pinyon Plain was grandfathered in and is suddenly worth a lot more money. At stake is about 2.5 million pounds of uranium, at a time when uranium is worth more than when the moratorium went into place.

In a letter to investors last Monday, Energy Fuels CEO Mark Chalmers said Russia’s invasion of Ukraine steered utilities away from Russia’s uranium. And he expects that a $6 billion civil nuclear program will draw U.S. utilities to his company.

Per Jander is with Netherlands-based WMC Energy, a company that helps secure uranium worldwide.

"It’s been very much a lull or a bear market since Fukushima over a decade ago," he said. 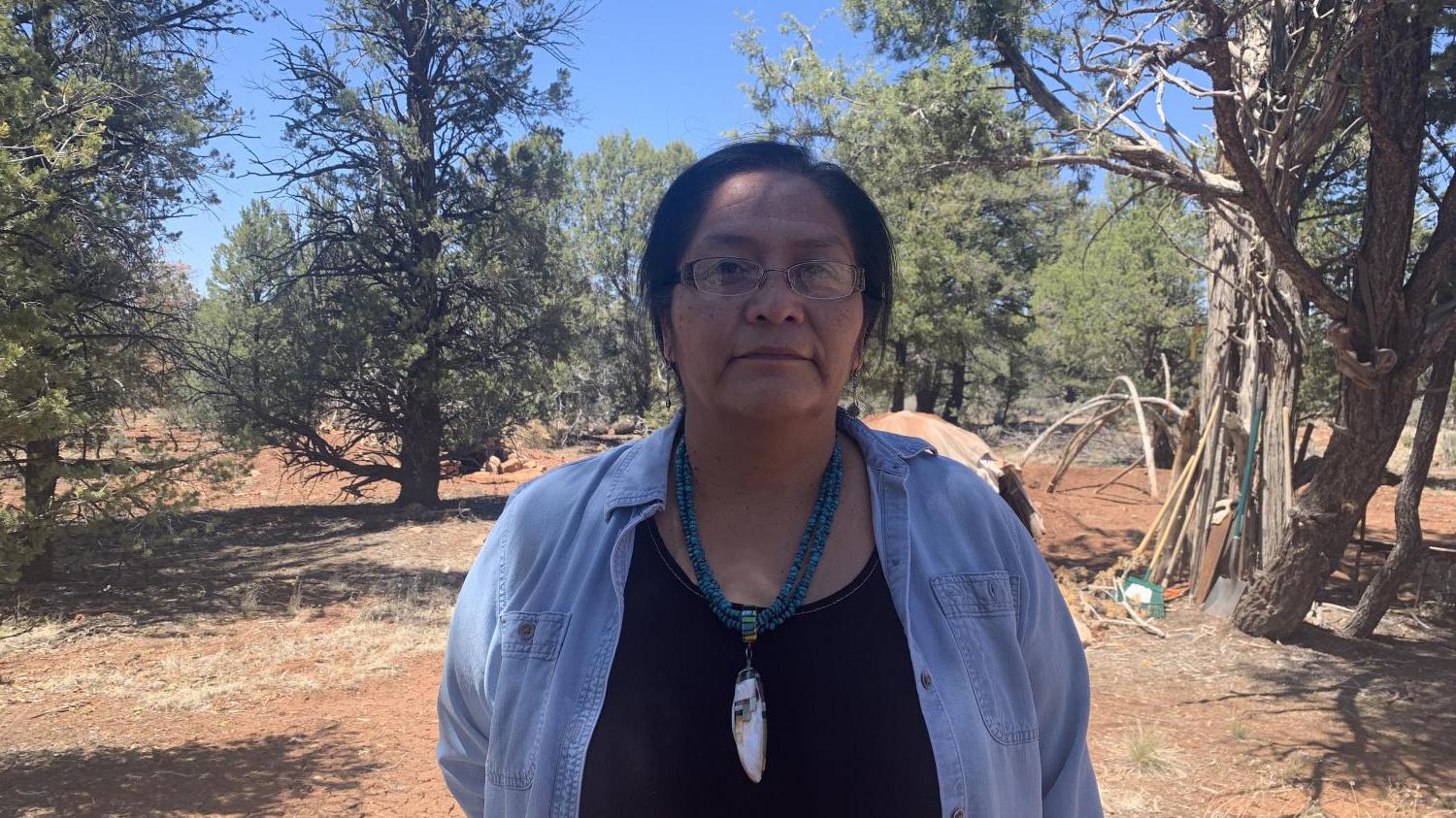 Michel Marizco/KJZZ
Former Havasupai tribal councilwoman Carletta Tilousi is one of those working to prevent the Pinyon Plain Mine just outside the Grand Canyon.

Nuclear reactors went offline after the disastrous accident in Japan and a glut of new mines that briefly grew since 2007 pushed the price down to $25 a pound.

Industry executives say modern extraction technology is a departure from that endured by generations of Navajo who suffered and died under earlier versions. And they argue it’s needed if we’re to move away from fossil fuels and reliance on Russia.

"Everyone wants to use as much renewables as we possibly can but renewables alone are not going to get us there. We need something else in addition to it. Especially if we want to electrify the transport sector as well and use more of the electric cars and less of the regular gasoline cars," Jander said.

Scott Melbye is president of the Uranium Producers of America.

"The U.S. has probably a billion pounds of known and likely resources in the United states so we certainly don’t have to rely on countries like Russia and Kazakhstan. I think the faster we move away from those supplies, the better for many reasons both humanitarian and business wise," he said.

Conservationists argue the threat is the mine itself. Amber Reimondo is energy director of the Grand Canyon Trust.

"It’s very convenient I think for uranium miners with mines in the United States to oversimplify and juxtapose themselves that it’s either them or Russia," she said.

The danger here, she says, is to the Havasupai's water source.

Standing outside a sweat lodge in the forest a few miles south of the mine, former tribe Councilwoman Carletta Tilousi explains the looming lava-crowned protrusion in the near distance. Red Butte is a Havasupai provenance the tribe calls "the lungs of our Mother Earth," she said. "And all we want is it to be protected. We want it to be left alone."

This is where the tribe was born, she said. And where its people are buried. 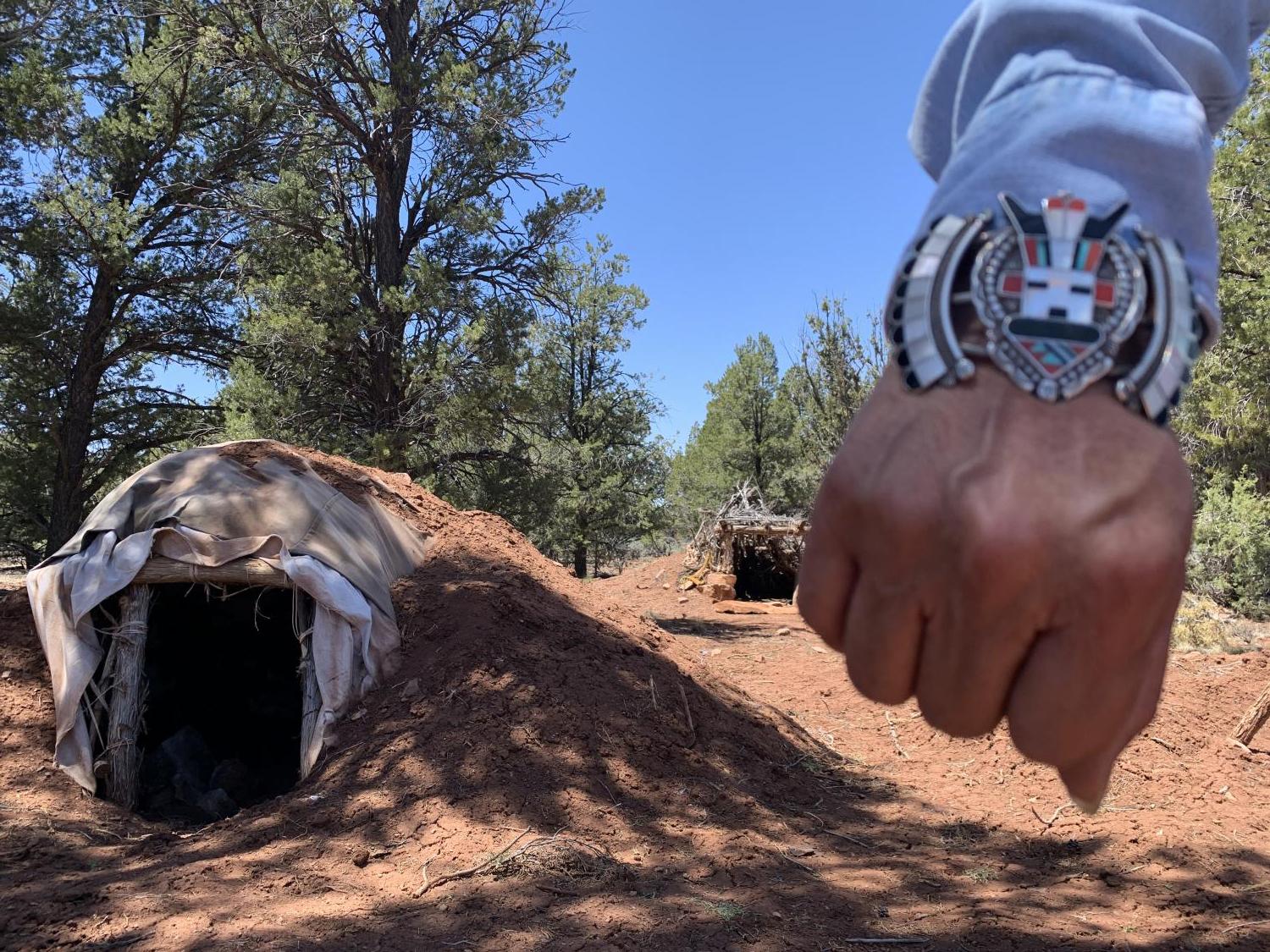