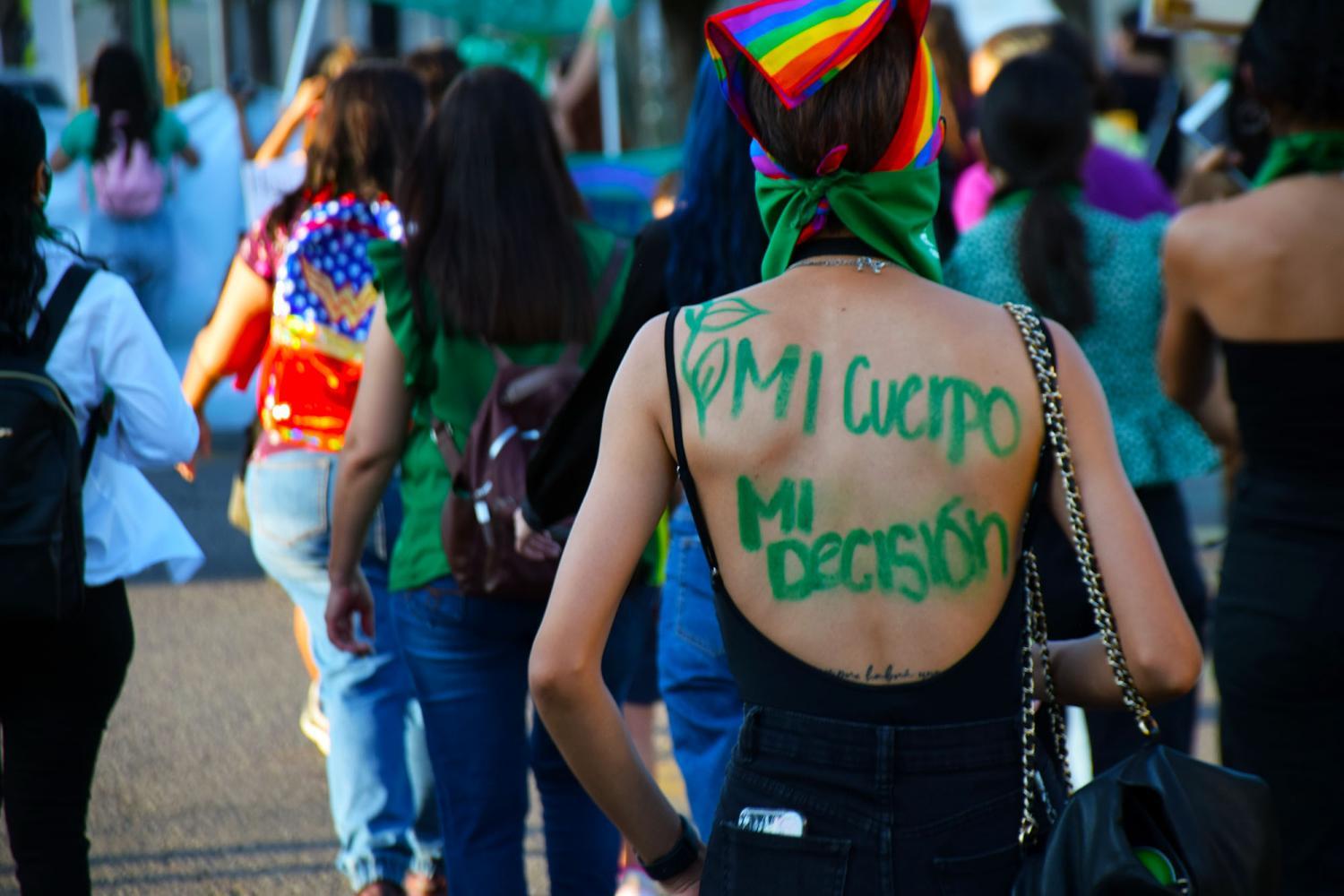 Kendal Blust/KJZZ
A woman marches in Hermosilo, Sonora, on Sept. 28, 2021, with "my body, my choice," painted on her back in green letters.

Another state in Mexico decriminalized abortion this week. It’s the eighth of Mexico’s 32 states to legalize the procedure. It marks a major step forward, but advocates say there’s still a long way to go to ensure people across the country have access to safe, legal abortions.

Pregnant people in the southern Mexican state of Guerrero can now legally access abortions for any reason up to 12 weeks of pregnancy. And the state is the first to entirely eliminate criminal penalties for people who seek abortions.

"And that is incredibly important in Mexico as precedent, but also considering that Guerrero is a state with high levels of violence in general, of poverty and precarity for women," said Isabel Fulda, assistant director of GIRE, a Mexican organization focused on reproductive rights. "So we're just incredibly glad to see this in Guerrero, and for what it symbolizes in Mexico, in Latin America, and now in the United States as well."

Fulda said the law in Guerrero is built on a strong feminist movement in the state that has been working for years to legalize abortion, which until now has been punishable by up to three years in prison, except in cases such as when the pregnant person was raped or faced health risks. It also stems from a Supreme Court ruling last year that said laws criminalizing abortion are unconstitutional.

However, three quarters of Mexican states still have punitive laws on the books, including Sonora.

Still, Fulda cheered the growing momentum to legalize abortion across Mexico. For more than a decade, Mexico City was the only place in Mexico where women could access legal abortions. Then Oaxaca decriminalized abortion in 2019, and since 2021 the states of Hidalgo, Veracruz, Baja California, Colima, Coahuila and Sinaloa have also changed their laws to allow abortions up to at least 12 weeks of pregnancy.

"It's a really big deal, and it's really exciting," Fulda said. "More and more states are finally making progress."

Despite that, there is still a long way to go.

Not only are there still 24 states where penalties, including jail time, for people who receive abortions are still on the books, but it's also unclear how widely accessible abortion is in the eight states where it's now decriminalized.

"The biggest challenge is going to be increasing access," she said. "Going forward, we need to be able to guarantee that there are quality abortion services in these states. Particularly in places like Guerrero."

That lack of abortion infrastructure and the reality that most Mexican border states have yet to change restrictive abortion laws also means it's unlikely that the country will become a destination for U.S. women seeking abortion services is Roe v. Wade is overturned, as expected, Fulda said.

"Some women could probably travel to Mexico City or to other states where abortion is legal," she said. "But I don't think we'll see huge numbers of women from the United States coming here to receive abortions."

One exception, she said, may be an increase in the number of women crossing the border to buy abortion pills.

And Fulda hope to see greater collaboration and coordination between women in the United States and Mexico, as well as the rest of Latin America.

"This is a chance to collaborate and dialogue and learn from each other," she said.

What's happening now in the United States, she said, is an important reminder Mexico's feminist movement that the progress they have made in recent years isn't necessarily permanent.

"And I think activists in the U.S. have a lot to learn from women in Mexico and Latin America who have been organizing and mobilizing for decades," she said.