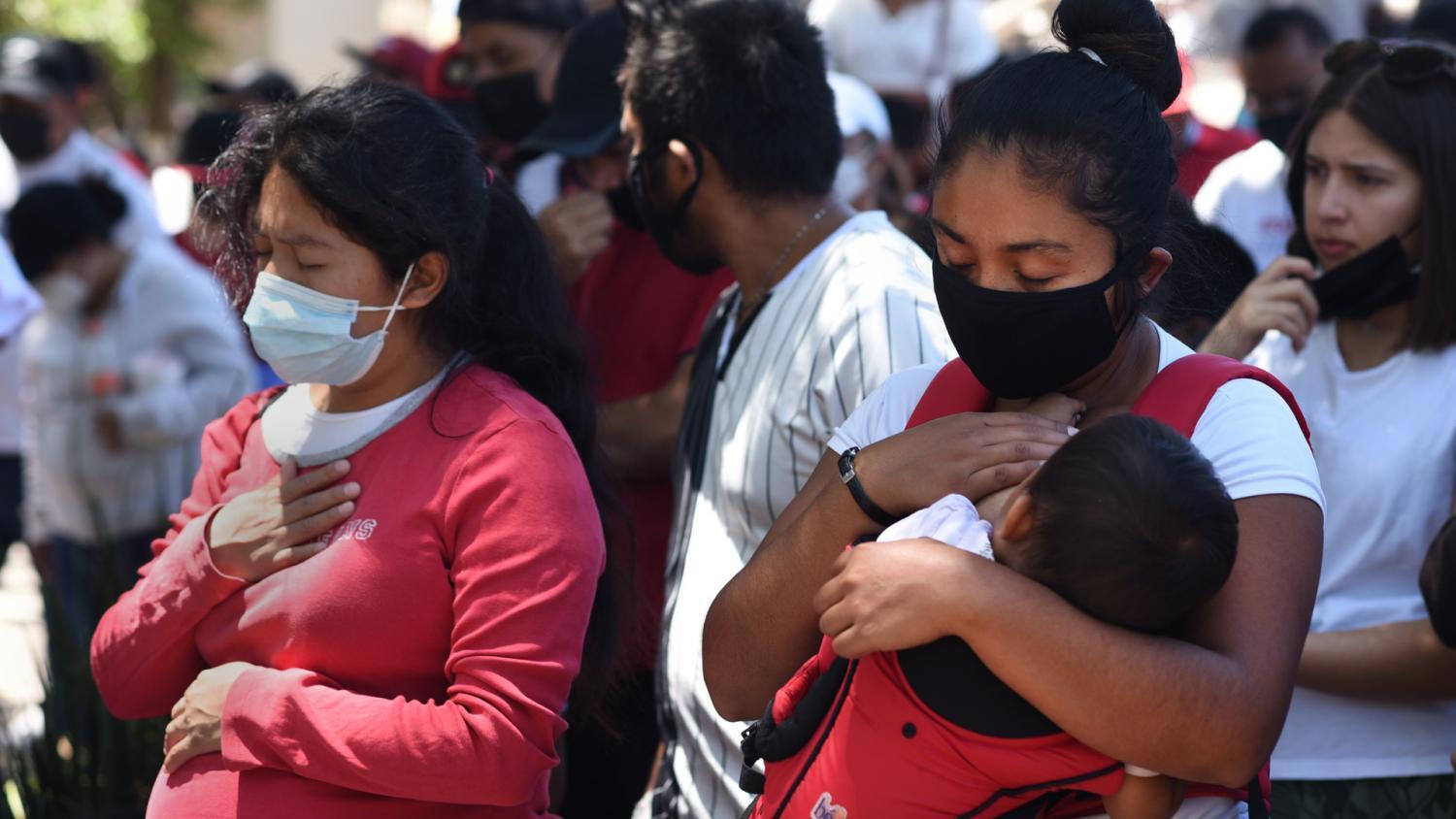 Alisa Reznick/KJZZ
Asylum seekers pray as part of a vigil following the court order mandating Title 42 remain in place on Monday, May 23, 2022.

On a Monday morning just across the street from the border crossing in Nogales, Sonora, some 400 asylum seekers gathered around a megaphone, in a little plaza shaded by old trees.

Migrants trying to begin the asylum process in the U.S. have marched, prayed and protested against in events like these for more than two years.

Jesse and a handful of other migrants have been organizing them ever since the Trump administration enacted Title 42 at the border, the pandemic-era protocol that allows immigration officers to quickly turn away migrants and asylum seekers because of COVID-19.

Today was supposed to be their last event.

"We had the news that this was going to end precisely today," Jesse said. "We had that illusion, and we were happy because it was finally ending after so much time."

Her brown eyes are glassy with tears. She brought her five kids here almost a year ago after fleeing violence in southern Mexico. We're only using her first name because she received threats back home and is worried about her safety here at the border.

She said she never thought of herself as much of an advocate, she didn't participate in any political movements back home or marches. But coming here and being blocked from accessing asylum at the Nogales crossing, she began working with other mothers who were going through the same thing. 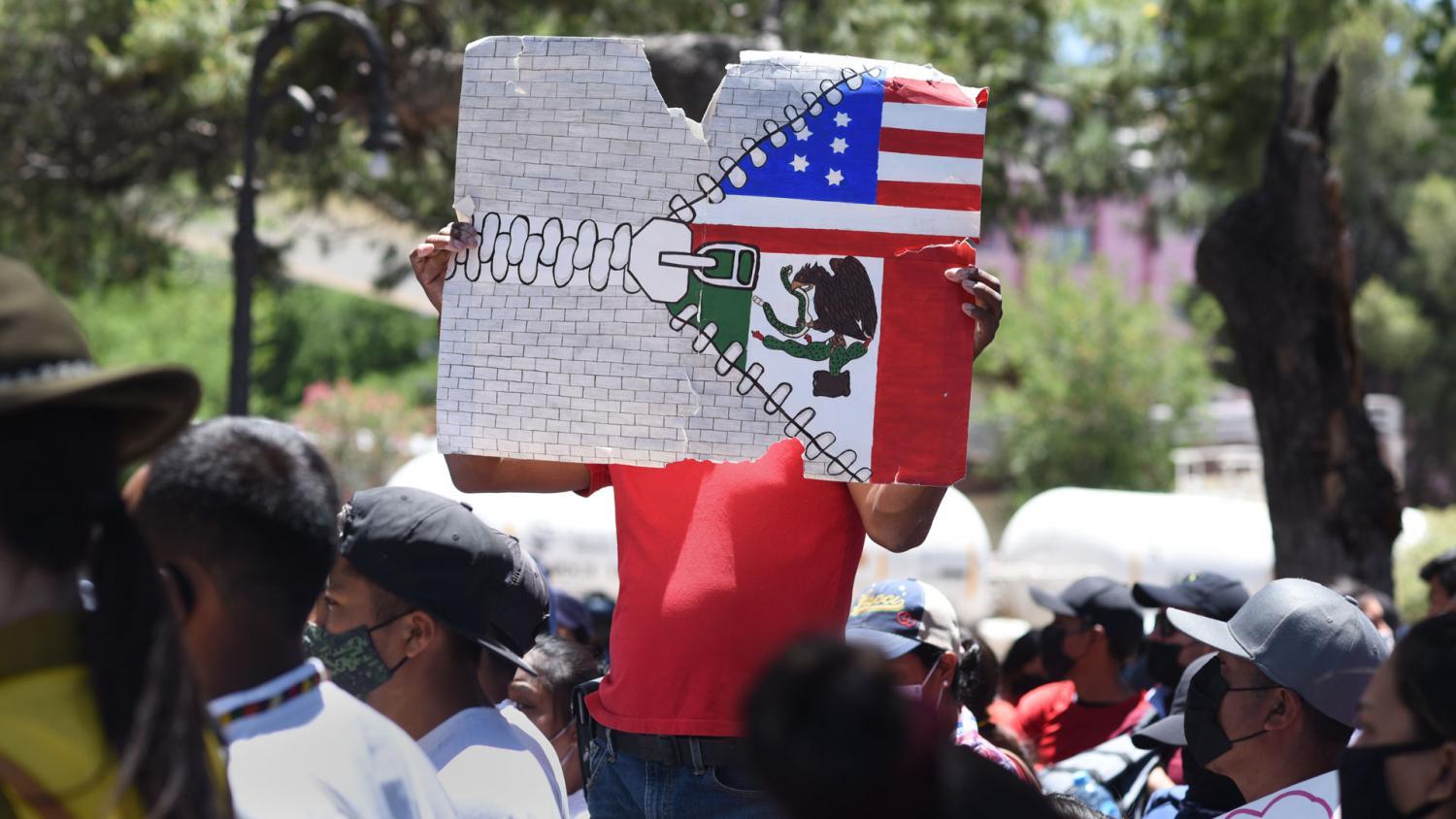 Alisa Reznick/KJZZ
A man holds up a protest sign during a vigil in Nogales, Sonora, on May 23, 2022.

When the CDC announced Title 42 would end May 23, it was the change they'd been hoping for. Then, in a highly-anticipated decision that came down just days before, a court in Louisiana ruled the health statute would have to stay in place. For Jesse and other migrants, it was a new new limbo.

"That news hit us like a bomb," she said. "It was very, very difficult for us, the powerlessness."

Still, she said, seeing all the families gathered here motivates her to keep fighting for their rights, and her own. She clutched a clipboard with handwritten song lyrics and a testimony that she just read to the crowd.

She said she wants people to understand that migrants in Nogales are vaccinated and tested for COVID before entering the U.S., and they’re not a COVID threat.

"Not only did we have hopes that weren’t realized, but also this becomes indefinite," she said. "This isn’t a matter of a 30-day extension of Title 42, this is, 'well, until we figure out what the federal court system is going to do.'" 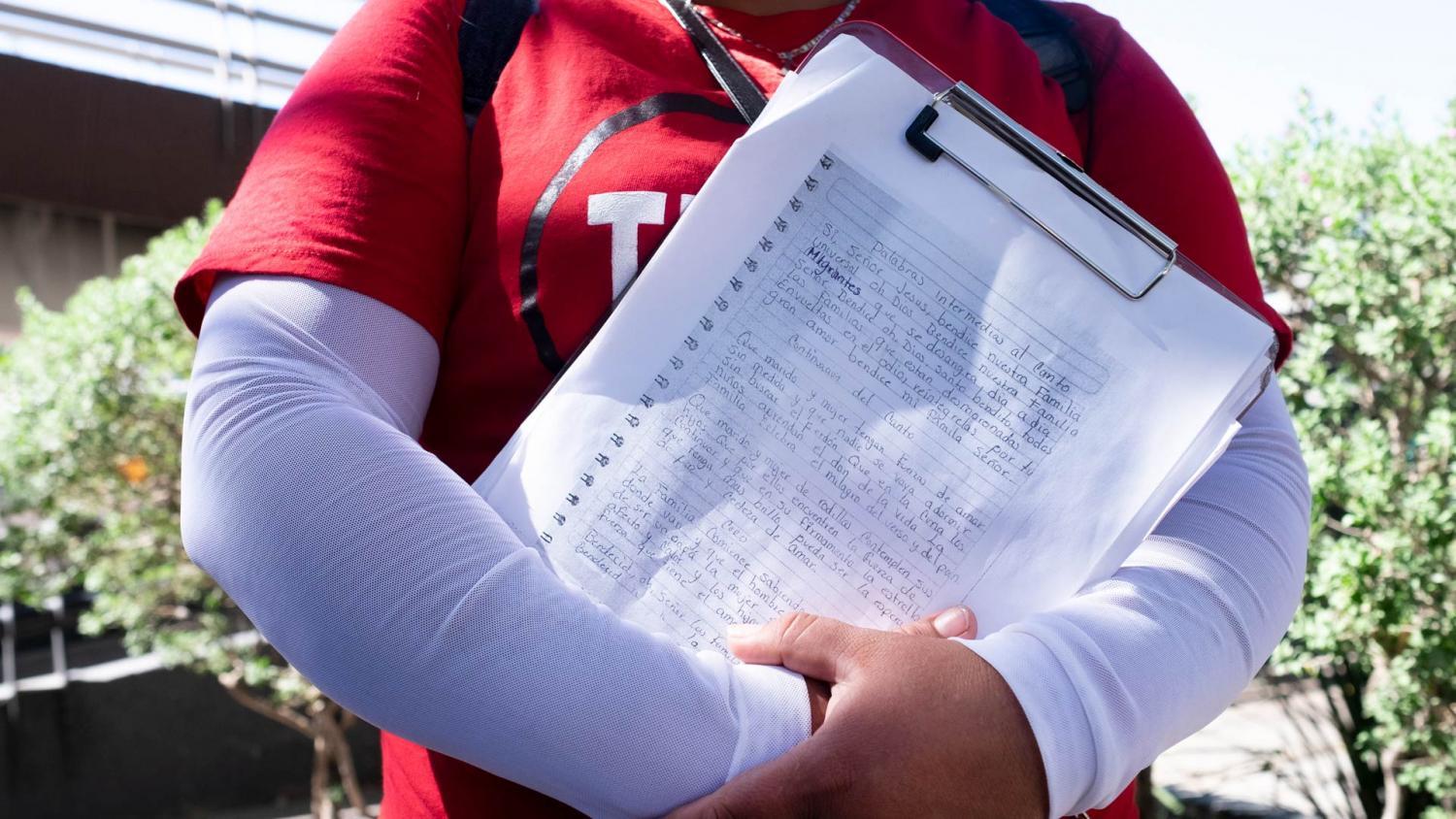 Alisa Reznick/KJZZ
Jesse clutches a clipboard with handwritten lyrics and prayers as part of the vigil.

Last Friday, Judge Robert Summerhays ruled the CDC couldn’t end Title 42 without measures like a public comment period or cost considerations. Though the policy was enacted under the Trump administration without either step. In his 40-page decision, the word COVID appears just nine times.

The Department of Justice plans to appeal, but proceedings are expected to take months. In the meantime, Williams said she worries migrants here will get desperate waiting, with no end in sight, often unable to access school for their kids of get health care. She thinks more might try to cross through the desert.

Jodel, another asylum seeker from Haiti, knows people who have died that way. Others never made it here.

"They left their counties because of the violence, but they encountered more violence on the road, too," he said.

He knows what that's like. He and his wife left Haiti for Chile a few years ago after his parents were both killed in gang violence there. We’re only using his first name because he doesn’t feel safe in Nogales.

They had a daughter in Chile — a rambunctious toddler with curly black hair that’s twisted into braids and topped with a bright pink bow. She was barely 2 when they left for Mexico. Jodel said his family sticks out as migrants and have dealt with racism. He says they’re vulnerable waiting here. 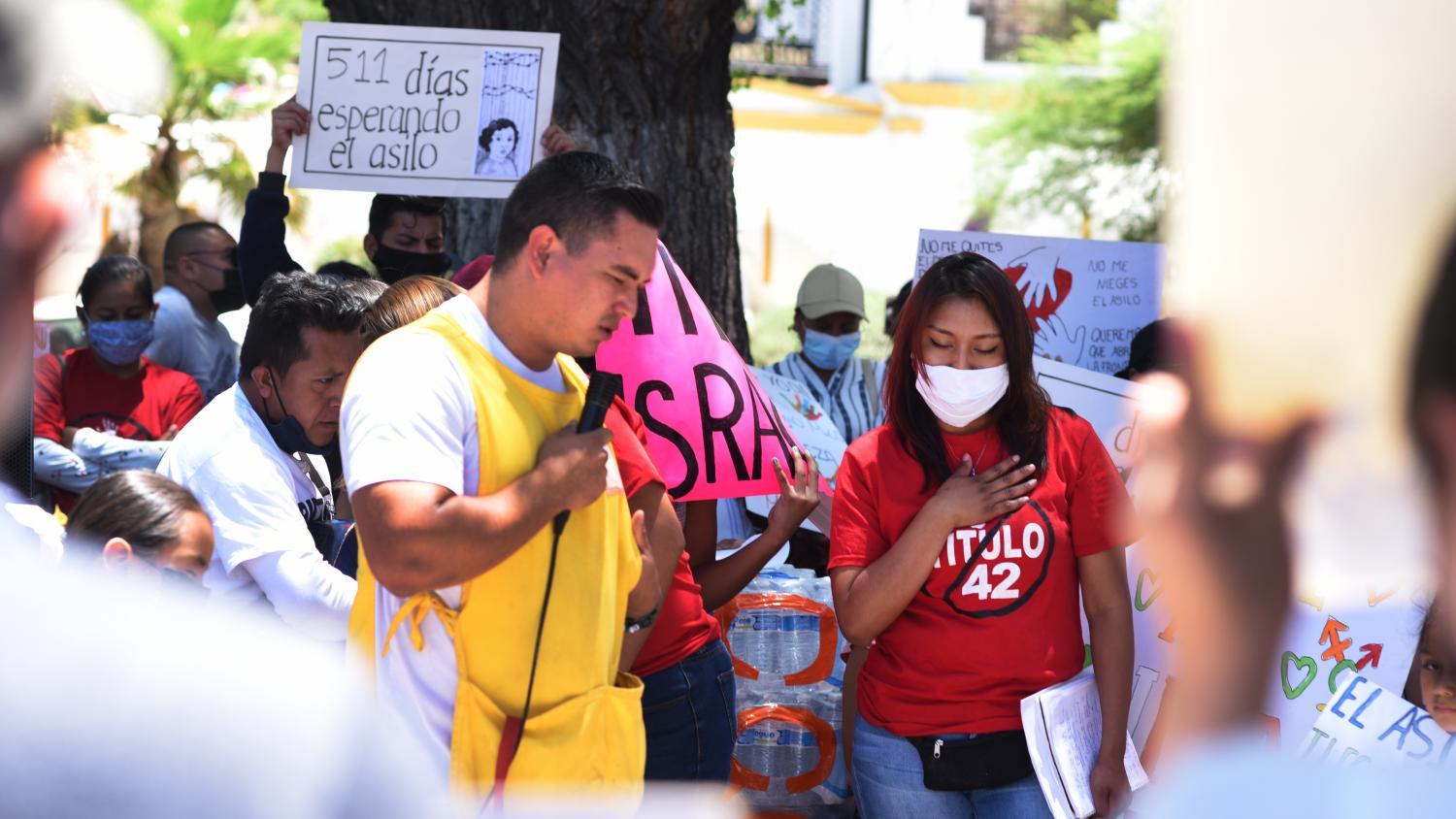 They’ve been to three different Mexican cities over the last nine months. He said life is just standing still. His daughter can’t go to school in Nogales, and he and his wife don't have permits to work. But they’re not leaving.

He said both options are too dangerous. That's why they're trying to ask for asylum here, at the border crossing. So Jodel says they'll wait. He just doesn’t know how long it will take.