The polling firm Data Orbital asked 550 Arizona voters about water issues. About 70% of those polled said they would support the proposed new statewide water authority. About 73% said they would be in favor of the $1 billion price tag to look for drought solutions.

Drought appears to be a high priority for Arizona voters. More than 86% of those polled said they were somewhat or very concerned about the state’s water supply. More than 93% said they wanted to see state lawmakers take action. 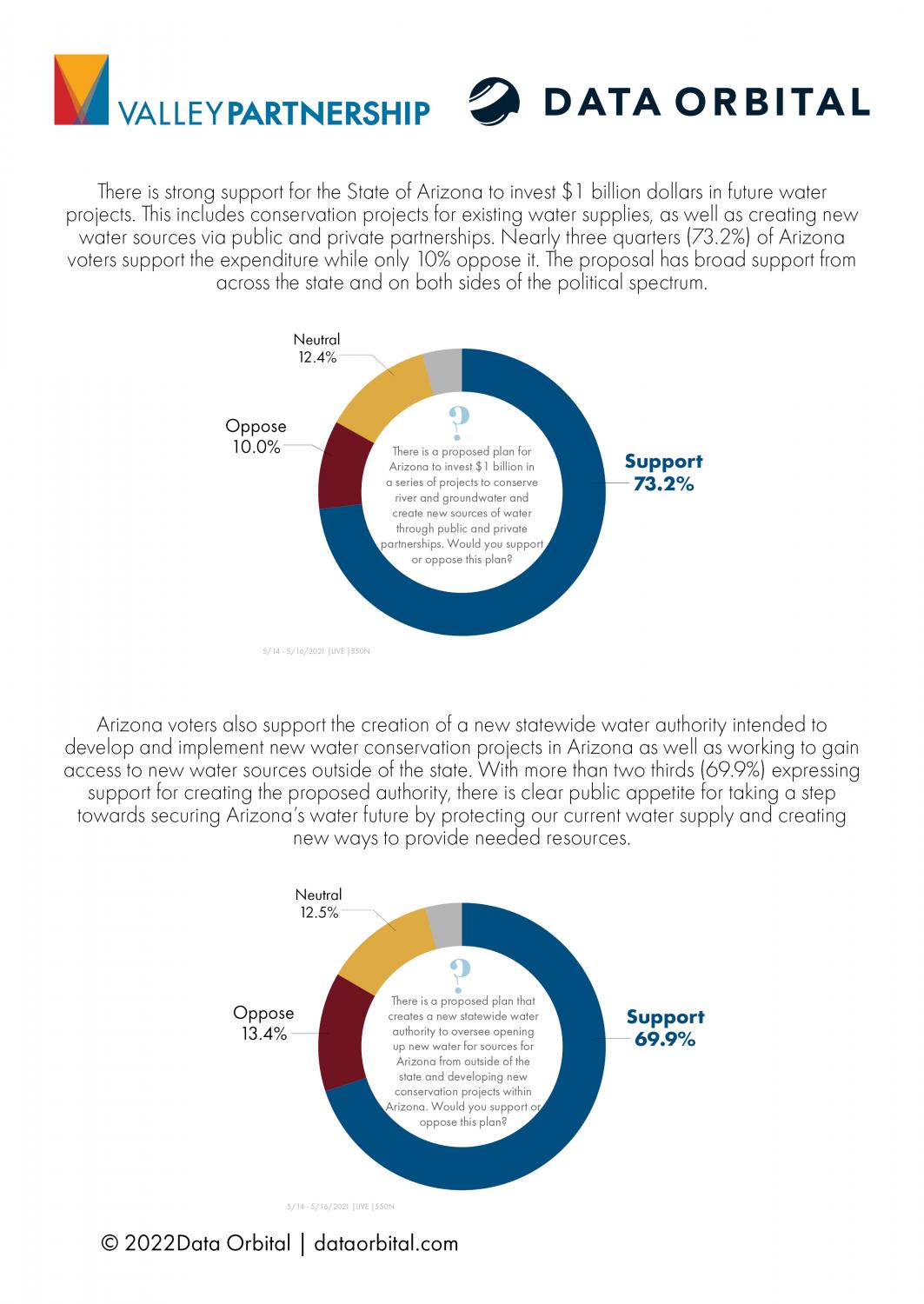