From kinder to college, hear from Arizona's Class of 2022 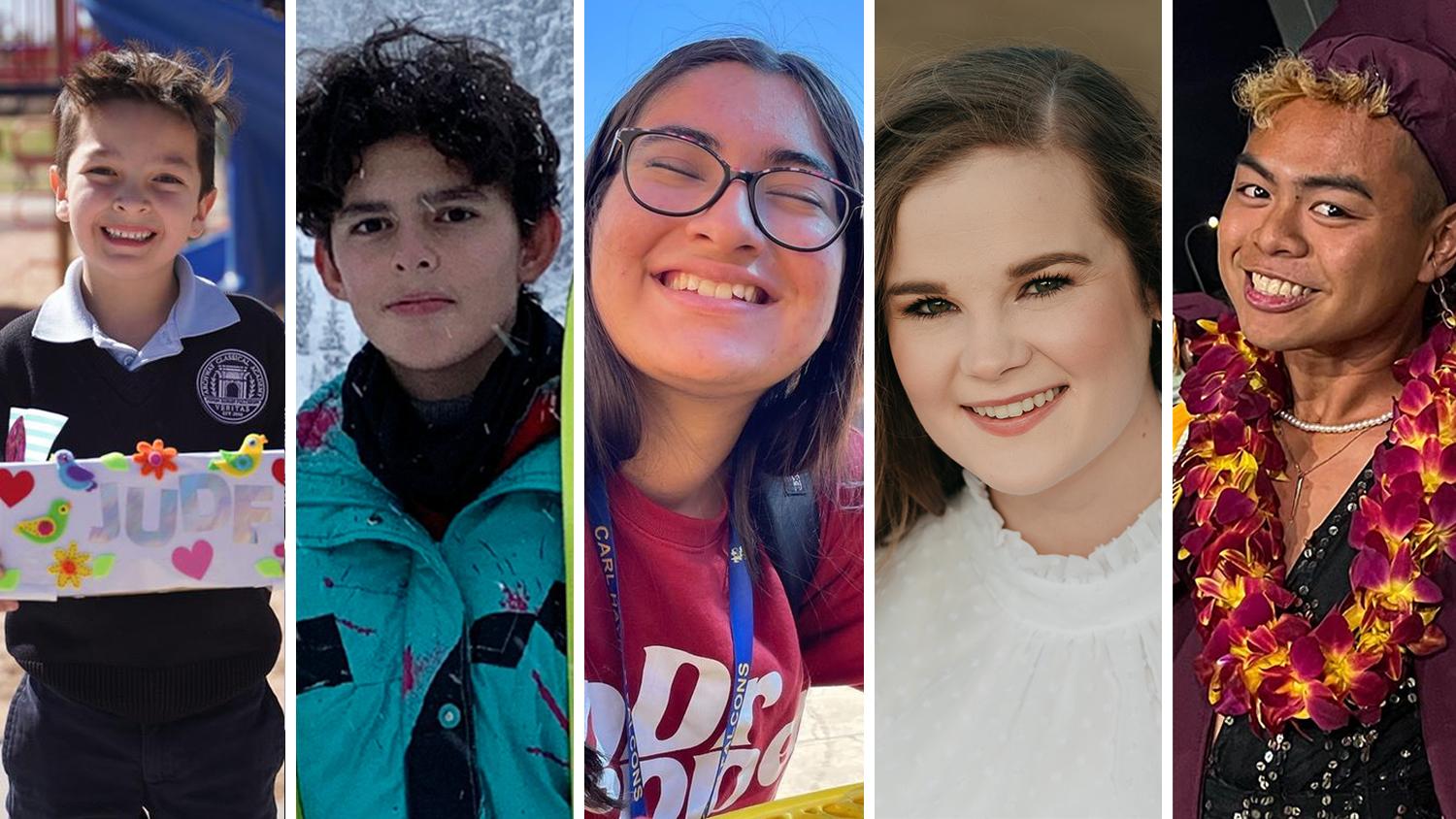 School’s out all over the Phoenix area, so it seems like a good time to check in with the Class of 2022 to celebrate the graduates, to see how the year went and to learn what’s ahead.

Jude just finished kindergarten at Veritas Archway Classical Academy in Phoenix. The Show spoke with him, and he kicked off the conversation with most kids’ favorite topic: lunch.

Jude told The Show about phonics, math and French class. And Jude already knows what he wants to be when he grows up.

"My job is gonna be a pizza welcome job. I'm gonna be the call out, when they call out the kinds of pizzas that the customers want," Jude said.

And as for first grade? He feels the way most people feel about life in general.

"I'm planning to go to Sunnyslope for high school. It's definitely going to be a bit different," said Salome. "Pardes is pretty small — tiny, actually. I mean, my grade has about 23 people."

Salome talked about finishing a big project to end the school year.

"We just finished a capstone project. There's like a big end-of-the-year project. I decided to research how art can change our emotions and opinions. So, I painted a mural about climate change, wrote a seven-page essay."

Salome also talked about what it was like moving from seventh to eighth grade.

"There's a lot of assignments ... and there's a lot more organizing and scheduling. So I guess just, you had to put in way more effort this year than seventh grade or even sixth grade."

As for high school, the 14-year-old is looking forward to a new school.

"I am excited to be a little bit more independent. I can bike to Sunnyslope, which is a plus for me. I'm kind of excited to be in a new environment. In a way, it'll be nice to redefine myself."

Coral, a recent grad of Carl Hayden High School, came out of her shell to make it on the stage.

"I was in the first play we did for the entire year. It was called 'The Bird.' I loved it. It was my first play."

Coral was always interested in theater, but didn't take the stage until her senior year.

"I've always really liked theater, but I always was really shy. I was really nervous about it, but you know, it's my senior year. I will, you know, just give it a shot before I'm too late."

Coral plans to attend Arizona State University next year to study computer science with a focus on software engineering. She said she isn't very worried about going to college because she's had several siblings who have already made the leap.

"I have three older siblings who are all way older than me. So, I have already seen this three times. I know what happens. So, I'm not that scared. Either you feel so happy and ecstatic, and you're like, or you're like my other sister who was like, 'Oh, I'm so homesick,'" She said. "So, you know, I don't want to deal with coming sick. So I went to Tempe, where it's only like 20 minutes away, but there's still enough distance to feel independent."

Savannah Powers is a recent Northern Arizona University grad, economist and puppy owner. Powers got a bachelor of science degree in business economics with an emphasis in international economics and a minor in community health.

Powers talked about how she got interested in economics at a young age.

"I honestly think it was my mom. As a kid, she used to explain the world to me from an economist perspective. I don't think she meant to do it purposely. Like, we would be at the store and she'd be like, 'Well, let's think about your time and how much that's worth. Do you think cleaning your room for 10 minutes is worth this Slinky,'" said Powers. "And those kinds of connections, I think were brought to me at a young age. And then I got older, and the world just made sense that way."

Powers also talked about what she'll be doing next.

"So, I recently signed with Cigna. I'm going to be doing medical underwriting and for health care."

And as for what she wanted to be when she grew up?

He earned a bachelor of arts in political science, double minors in a justice studies and sociology, and certificates and international affair and civic education.

Gomez talked about his college career path, which originally started in dance and fashion studies.

"I love performing. I love dancing. I love acting. I never really saw myself staying in that career path for my college career. Also, I'm such a huge social advocate for humans and communities that political science is really one of the most important careers right now."

He also explained about why he's chose to study politics.

"In the field of politics, a lot of people would kind of look at that negatively. And I think that's because, you know, there's such a fear of government and what's happening in our political field right now. But at the end of the day, as a government, our responsibility is to the people — making sure our people — again, no matter what background they are — are safe and are thriving. And inequities persist through our social institutions right now. So, that's why I decided to pursue it."

Gomez said he is far from finished with the classroom.

"This summer is going to be for relaxing and recuperating as much as possible. So by fall, I'd be teaching English at Osborn Middle School on behalf of Teach for America. And I'm a very excited to spend it two years giving back to the community and really helping these kids get to equitable education."