Q&AZ: If Roe v. Wade is overturned, could more Arizona babies be given up under the Safe Haven Law? 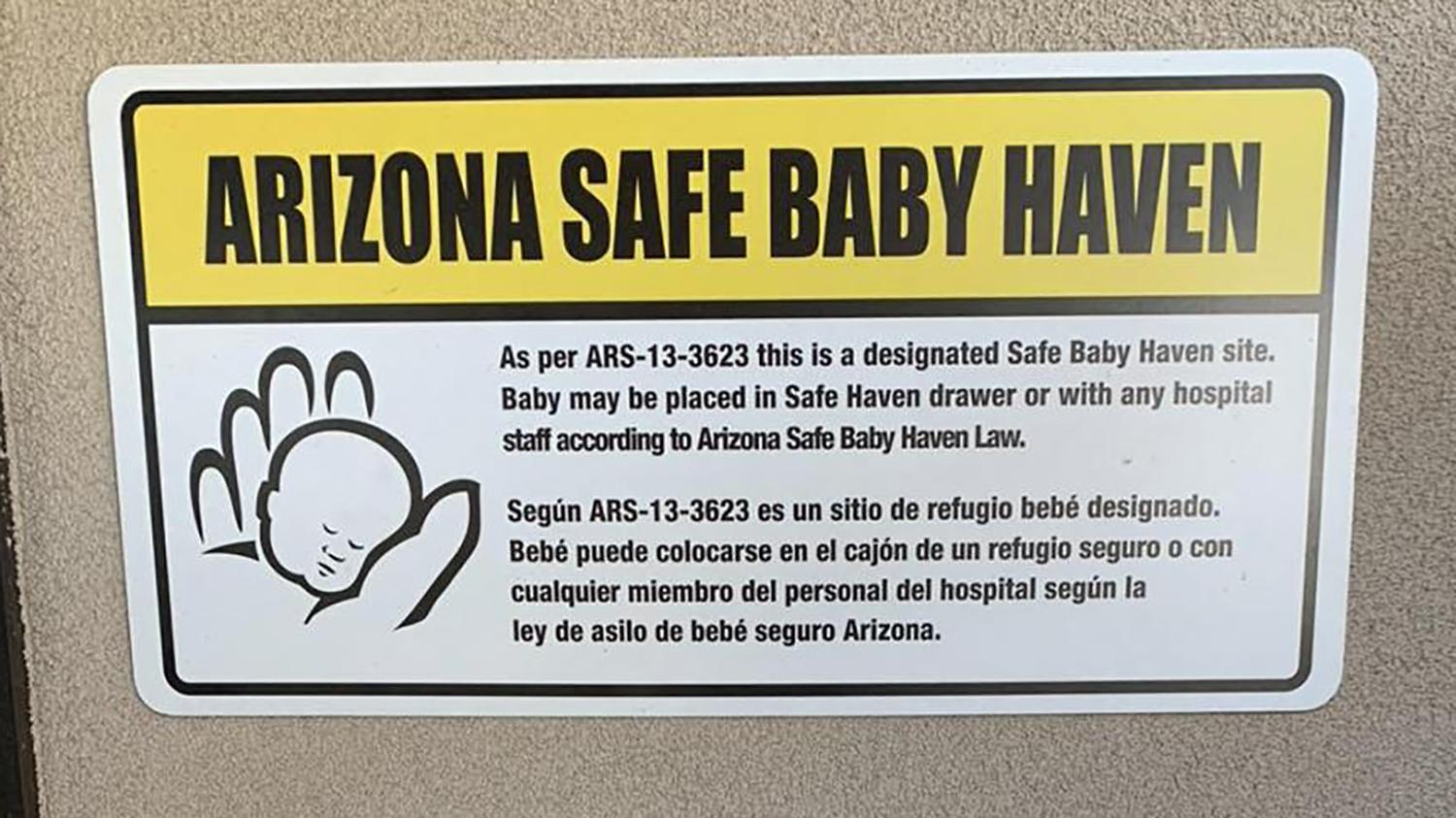 Heather Burner/Arizona Safe Baby Haven
In 2001, Arizona passed the Arizona Safe Haven Law. It states that a person will not face criminal charges for leaving an unharmed newborn with a Safe Haven provider up to 30 days after their birth.

In 2001, Arizona passed the Arizona Safe Haven Law. It states that a person will not face criminal charges for leaving an unharmed newborn with a Safe Haven provider up to 30 days after their birth. Through KJZZ’s Q&AZ project, a listener wanted to know: If Roe v. Wade is overturned by the U.S. Supreme Court, and abortion becomes illegal in most cases, could Safe Havens see an uptick in relinquishments?

Safe Havens include all hospitals, fire stations, designated churches and adoption and child welfare agencies. So lots of places.

The problem is the general public and even some Safe Haven providers are vaguely aware of the law.

Figueroa has witnessed two relinquishments in her career. The first was a baby was left in a Safe Haven Baby Box. The second time, a mother came right up to her.

“I was walking into work one day,” she said. “And a woman approached me and she stated that she wanted to give up her baby under the Safe Haven Law.”

Thankfully, Figueroa knew the law, which is not exactly clear cut. After talking to the mother, who was visibly upset, says Figueroa, the woman decided to hand over the baby

“I can tell you it was  probably the longest walk of my life, walking in and — I get tearful even thinking about it — walking into the hospital, carrying that baby, and knowing he was safe.”

“I can tell you it was probably the longest walk of my life, walking in and — I get tearful even thinking about it — walking into the hospital, carrying that baby, and knowing he was safe.”
— Shelbi Figueroa, registered nurse

Figuerora used to work with Heather Burner who is  the executive director for the National Safe Haven Alliance and the Arizona Safe Baby Haven. She agrees there needs to be way more public awareness surrounding the law.

But here’s where things get messy. Since the law was enacted in 2001, only 55 babies have been relinquished under the Safe Haven Law. Last year, says Burner, there were maybe four or five.

“That doesn’t seem to warrant the investment in the awareness efforts, unfortunately,” says Burner. “But it should because one baby’s life is just as important as five or 10.”

Then there’s the data itself. Burner says 55 could be a massive undercount.

“Because in Arizona, the law states that the baby needs to be unharmed,” said Burner.

And something like an illegal substance in a baby’s system would constitute harm.

“So, if an infant is surrendered using the Safe Haven Law, and they are positive for substance exposure, that would automatically remove them from the Safe Haven reporting statistics.”

Which is why Burner thinks the actual number of relinquishments could be two or three times higher.

But to the listener’s question: Will there be an uptick in relinquishments in a post Roe world? 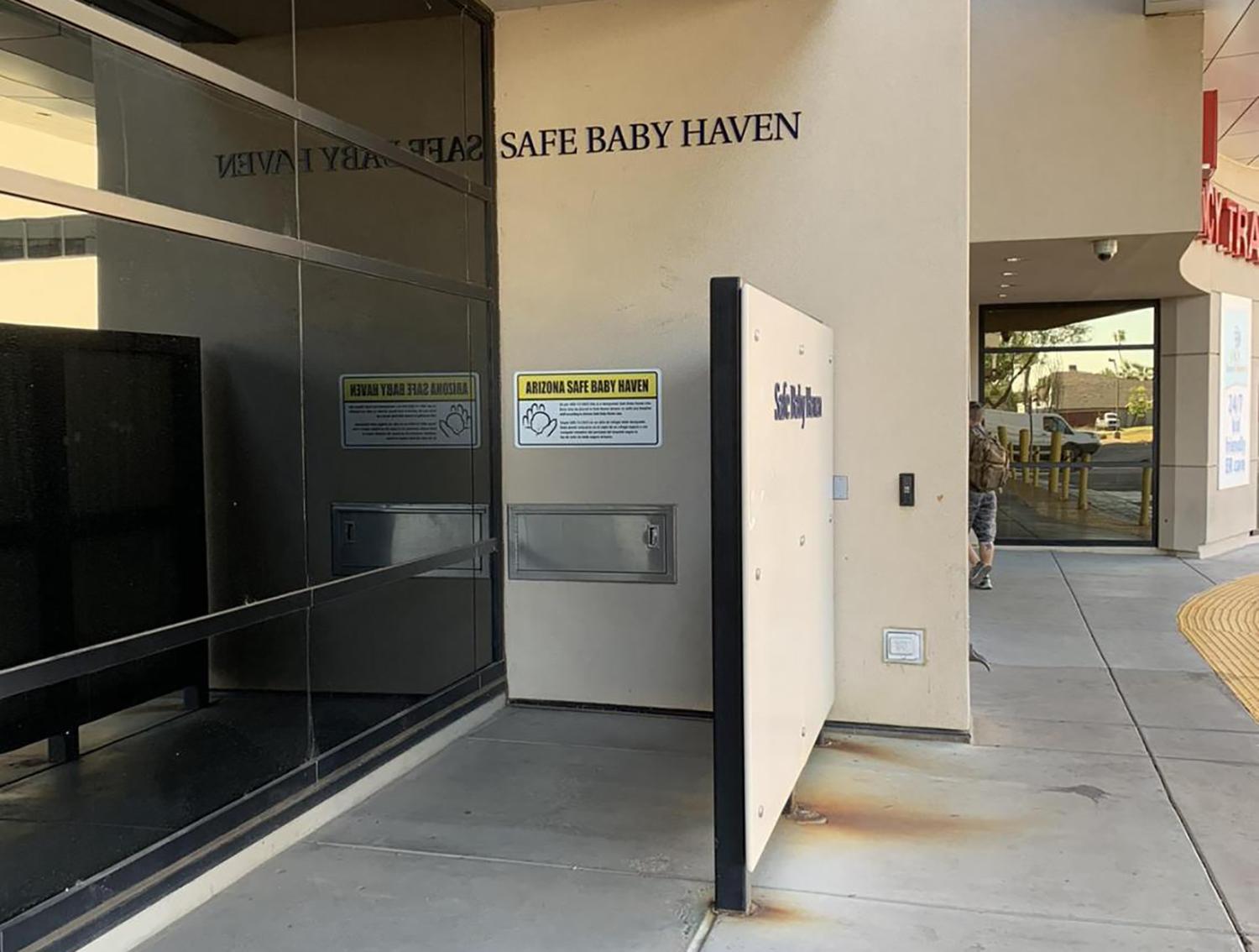 “I think there could honestly," said  Figueroa. “I feel like we have a lot more people delivering babies in the ER that didn’t know they were pregnant. And then, unfortunately, they don't qualify as a Safe Haven baby. But, essentially, they’re in the ER saying they don't want [the baby]."

Again, messy. Basically, there’s a process, said Burner. The mother has to sign paperwork that says neither she nor the baby are patients at the hospital. Only then can she relinquish the child — if it’s unharmed.

“If you don’t know that process, and you don’t call the Safe Haven hotline or reach out for those resources, then you wouldn’t know what that process is,” said Burner.

And if a woman surrenders that baby without being discharged, that is considered abandonment. Burner says that has caused problems for some mothers who didn’t know about the Safe Haven Law.

So, in the wake of a reversal of Roe v. Wade, yes, there could be more relinquishments. But people first need to know that the law exists and what it actually entails. Otherwise, we could also see an uptick of deceased babies — babies who were maybe born alive but abandoned out of fear.