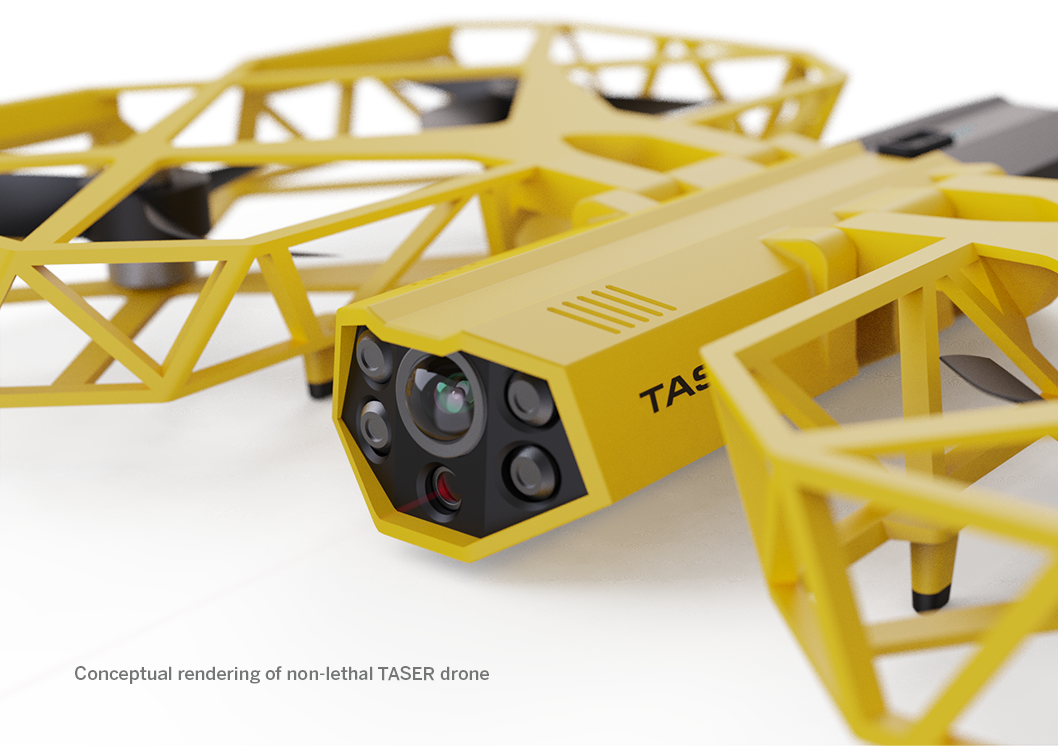 June 6: Axon halts plans for Taser drone as 9 on ethics board resign

Axon, the company best known for developing the Taser, said Monday it was halting plans to develop a Taser-equipped drone after a majority of its ethics board resigned over the controversial project.

Axon’s founder and CEO Rick Smith said the company’s announcement last week — which drew a rebuke from its artificial intelligence ethics board — was intended to “initiate a conversation on this as a potential solution." Smith said the ensuing discussion “provided us with a deeper appreciation of the complex and important considerations” around the issue.

As a result, “we are pausing work on this project and refocusing to further engage with key constituencies to fully explore the best path forward," he said. The development was first reported by Reuters.

The board had voted 8-4 a few weeks ago to recommend Axon not proceed with a pilot of the Taser drone and had concerns about introducing weaponizing drones in over-policed communities of color.

But after the mass shooting at an Uvalde, Texas elementary school, the company announced it was beginning development of the drone. Smith told The Associated Press last week he made the idea public in part because he was “catastrophically disappointed” in the response by police who didn’t move in to kill the suspect for more than an hour.

The board issued a rare public rebuke of the project, saying it was a dangerous idea that went far beyond the initial proposal the board had reviewed for a Taser-equipped police drone. It said it had “pleaded with the company to pull back” before the announcement and that many of them believed it was “trading on the tragedy of the Uvalde and Buffalo shootings.”

Smith had rejected that idea in an interview with the AP last week and said he was pressing ahead because he believed the Taser drone could be a viable solution to save lives. He contended the idea needed to be shared as part of the public conversation about school safety and effective ways for police to safely confront attackers.

On Monday, nine members of the ethics board, a group of well-respected experts in technology, policing and privacy, announced resignations, saying they had “lost faith in Axon’s ability to be a responsible partner.”

“We wish it had not come to this,” the statement said. “Each of us joined this Board in the belief that we could influence the direction of the company in ways that would help to mitigate the harms that policing technology can sow and better capture any benefits.”

“We tried from the start to get Axon to understand that its customer has to be the community that a policing agency serves, not the policing agency itself,” one of the board’s members, Barry Friedman, a New York University law professor, said in an interview. “It has been a painful struggle to try to change the calculus there.”

Friedman said a major concern was Smith’s decision to move forward with the plan and announce it publicly without adequately hearing the concerns of the board members.

“What’s the emergency? School shootings are a crisis. I agree,” Friedman said. “But Axon, on its own best timeline, isn’t going to come up with anything for a couple of years. Why was it necessary to jump ahead like this?”

“What Rick is suggesting is a necessary public dialogue was really just jumping over the head of the board,” Friedman said.

In his statement, Smith said it was “unfortunate that some members of Axon’s ethics advisory panel have chosen to withdraw from directly engaging on these issues before we heard or had a chance to address their technical questions.”

“We respect their choice and will continue to seek diverse perspectives to challenge our thinking and help guide other technology options,” Smith said. 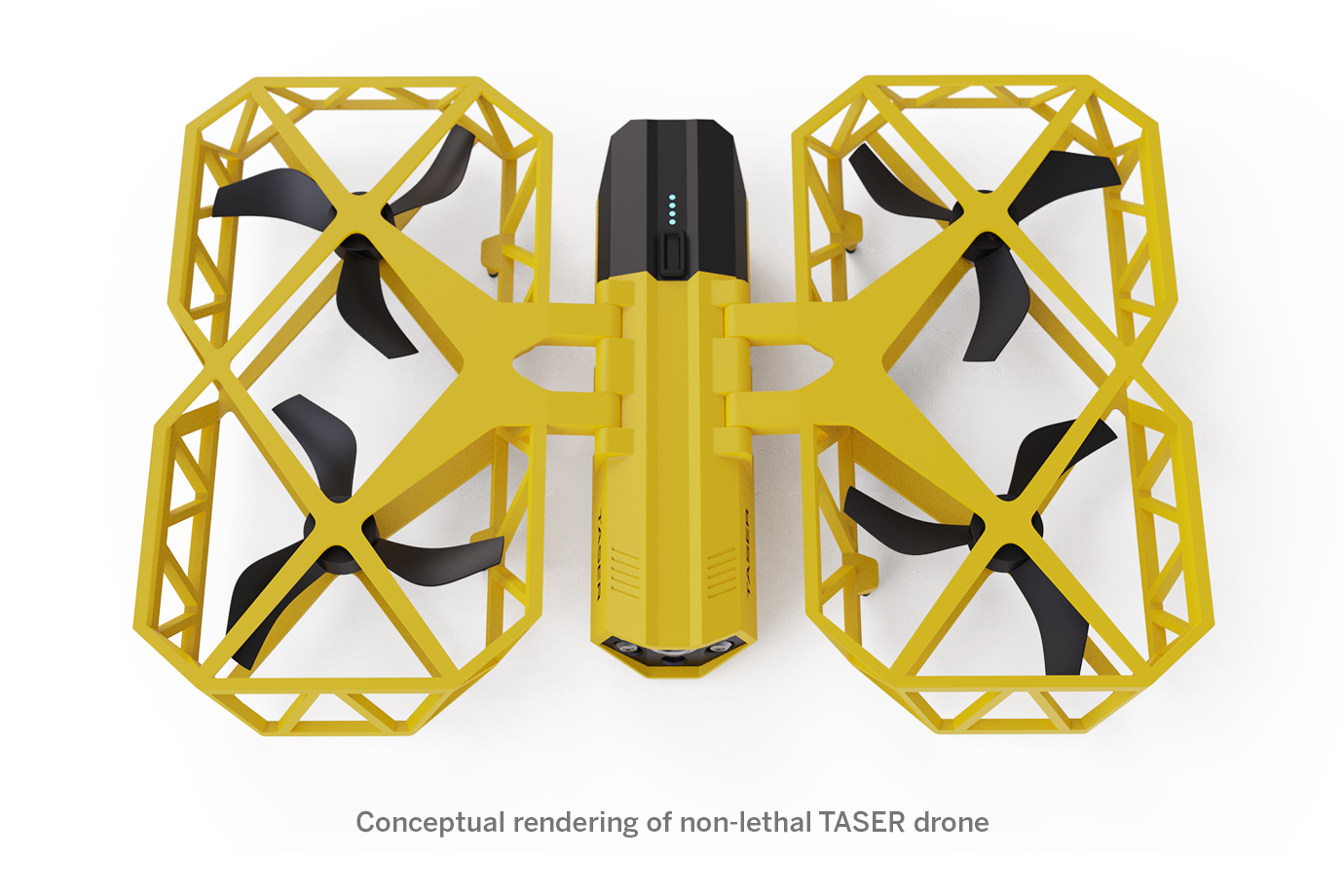 Taser developer Axon said this week it is working to build drones armed with the electric stunning weapons that could fly in schools and “help prevent the next Uvalde, Sandy Hook, or Columbine.” But its own technology advisers quickly panned the idea as a dangerous fantasy.

The publicly traded Scottsdale-based company, which sells Tasers and police body cameras, floated the idea of a new police drone product last year to its artificial intelligence ethics board, a group of well-respected experts in technology, policing and privacy.

Some of them expressed reservations about weaponizing drones in over-policed communities of color. But they were not expecting Axon's Thursday announcement that it wants to send those Taser-equipped drones into classrooms to prevent mass shootings by immobilizing an intruding gunman.

In an interview with the Associated Press, Axon founder and CEO Rick Smith said he felt compelled to make the idea public after the mass shooting at an Uvalde, Texas, elementary school, saying he was “catastrophically disappointed” in the response by police who didn't move in to kill the suspect for more than an hour.

But he stressed Friday that no product had been launched and any potential launch would be down the road. The idea, he felt, needed to be shared now because of the public conversation about effective ways for police to safely confront attackers and how schools can increase safety.

“This is an idea that should get into the public's consciousness while our minds are open to it and I felt if I wait another six months, the world is going to change and people are going to forget this pain and we're going to see a shift in sentiments where people are going to focus a lot more on what could go wrong, rather than the pain of this problem we need to solve,” he said.

Axon's stock price rose with the news. But the announcement angered members of the ethics board, some of whom are now likely to quit in protest.

“This particular idea is crackpot,” said Barry Friedman, a New York University law professor who sits on the Axon AI Ethics Board. “Drones can’t fly through closed doors. The physical properties of the universe still hold. So unless you have a drone in every single classroom in America, which seems insane, the idea just isn’t going to work.”

Friedman said it was a “dangerous and fantastical idea” that went far beyond the proposal for a Taser-equipped police drone that board members — some of them former or current police officials — had been debating in recent months.

“We begged the company not to do it,” Friedman said of the company’s announcement. “It was unnecessary and shameful.”

The product idea had been kicked around at Axon since at least 2019 and the company has been working to try to figure out whether a drone with a Taser was even a feasible idea. Over the last year, the company created computer-generated art renderings to mock up a product design and conducted an internal test to see if Taser darts — which transmit an immobilizing electric jolt — could be fired from a flying drone, Smith said. He added that he had discussed the possibility of developing such a product with the ethics board.

Board members who spoke with The Associated Press said they were taken aback by the school drone proposal — which they got notice of only earlier this week — and cobbled together a unanimous statement of concern that described Axon's decision as “deeply regrettable.” The company tweeted out the board's dissent shortly after its own statement Thursday announcement.

“I wouldn’t be surprised if there were resignations,” said another ethics board member, Ryan Calo, a law professor at the University of Washington. “I think everyone on the board has to make a choice about whether they want to stay involved.”

Friedman and Calo both described this week's process as a sharp turnaround from the respectful relationship that Axon executives have had with the board in recent years on controversial topics such as face recognition — which Axon decided against using in its body cameras — and automated license plate readers.

“Sometimes the company takes our advice and sometimes it doesn’t,” Friedman said. “What’s important is that happens after thoughtful discussion and coordination. That was thrown out the window here.”

Smith said the company is still in the very early phases of product development and would continue to consult the ethics board, along with law enforcement officials, community leaders and school officials. He acknowledged that the company might later determine that the idea isn't feasible and abandon it.

But he took issue with the idea that he had ignored the concerns from the ethics board, which is meant to provide guidance and share feedback. Ultimately, the decision still falls to Smith as the company's chief executive.

“I have not ignored what they have said. People can have debates and disagree,” Smith said. “I think there is one thing the world can see: our board is not a whitewash.”

“I hope they don't resign,” he added. “I hope that they are somewhat proud maybe after this that we're having this public debate.”

On Friday in an “Ask Me Anything” chat on the online forum Reddit. Smith acknowledged that “drones in schools can sound nuts” but went on to answer detailed questions about them. They could travel through school vents, he said, and perch on doors and walls near ceilings. It could be a “good thing” if a gunman tried to shoot one down because it would distract from trying to kill people.

“We're doing this because we care," Smith said. "We're a business so ultimately we have to find a financial model that works, but at the end of the day we've been successful because our mission drives our business and we solve problems we care about,” he added.

Smith told a Reddit user that Axon was “absolutely not” trying to capitalize on recent tragedies to attract investors. He noted the advisory board's disagreements but said the mass shooting in Uvalde, Texas — and what he described as misguided proposals to arm teachers with guns — compelled him to go public with the drone idea to field a “far broader array of voices.”