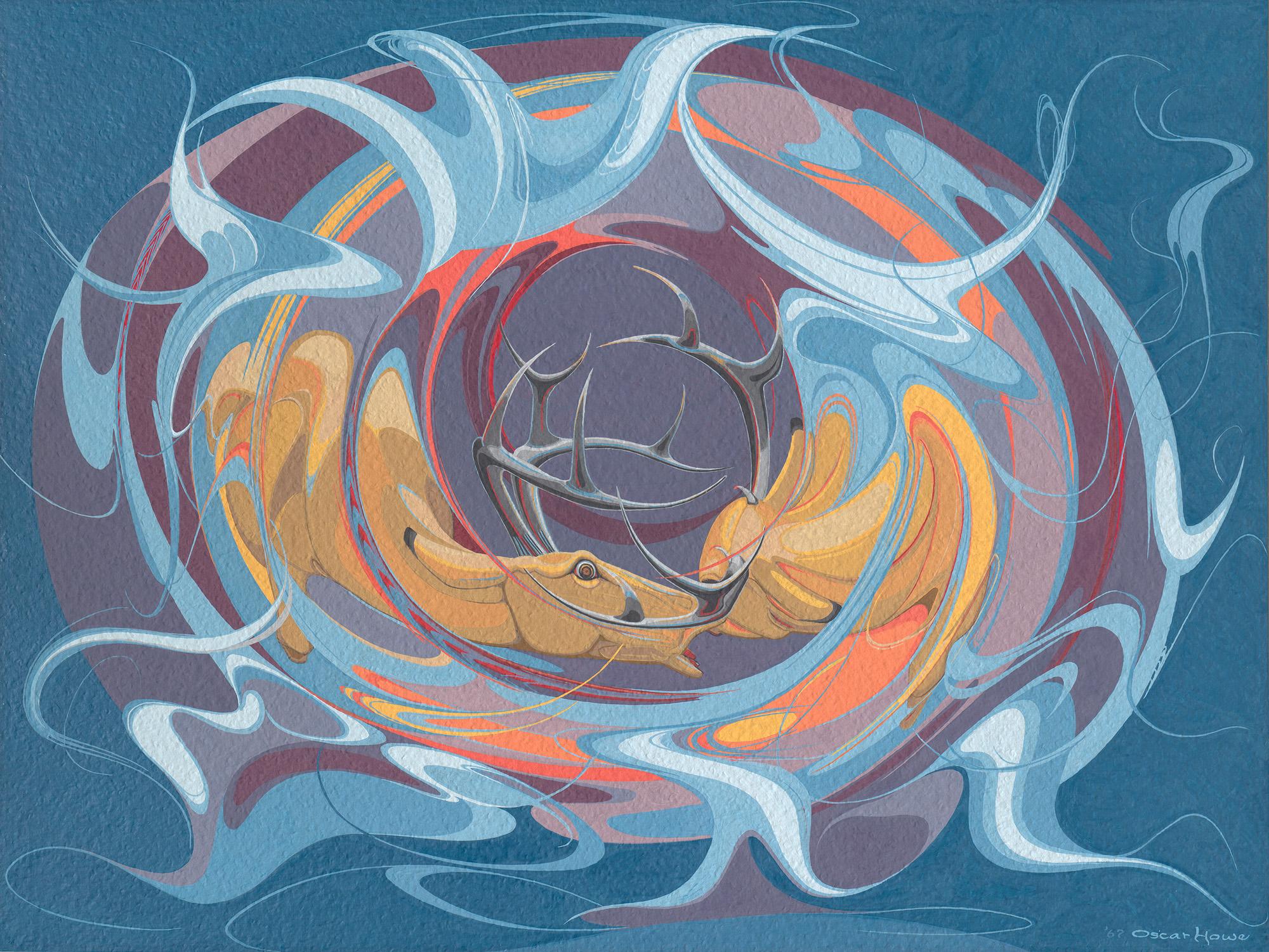 More than 60 years ago, artist Oscar Howe applied for a painting to be shown in an art competition for Native American artists. Howe was Native American, but his piece was rejected because, the jurors said, it was a “fine painting, but not Indian.”

Howe responded in a letter that essentially pointed out, among other criticisms, that “there is more to Indian Art than pretty, stylized pictures.” Howe’s letter, and some of his art, is now the subject of an exhibit at the Smithsonian’s National Museum of the American Indian in New York City.

To learn more about defining Native American art, The Show spoke with Jacob Meders. He’s a Phoenix-based artist and associate professor at Arizona State University's West campus in the interdisciplinary art and performance program. Meders is also a member of the Mechoopda tribe.