Pence stumps for GOP candidates, and potentially himself, at the southern border 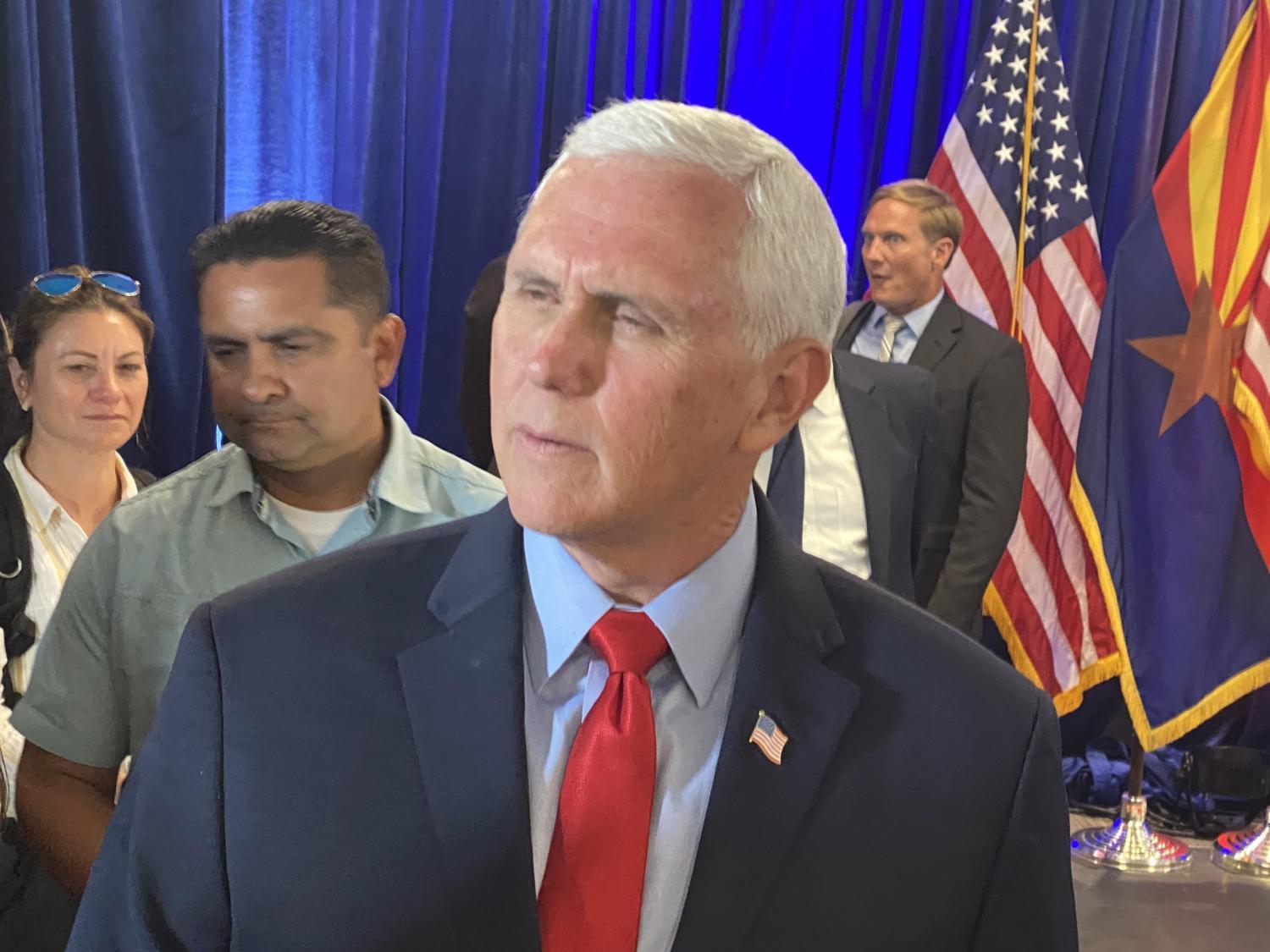 Ben Giles/KJZZ
Former Vice President Mike Pence mingles with the audience after delivering a speech on border security in Phoenix on June 13, 2022.

Former Vice President Mike Pence gave a speech in Phoenix designed to bolster Republicans candidates ahead of the midterm elections, and tease his own potential candidacy for president in 2024.

After visiting Arizona’s southern border with Mexico, Pence traveled to Arizona for a speech with former Border Patrol officials. He denounced the Biden administration’s border policies and heaped praise on the state of the border under the administration of former President Donald Trump.

The speech was designed to highlight what Republicans view as a winning campaign issue this fall: border security.

“Just about everywhere I go, people talk to me about inflation at a 40-year high and a crisis on our southern border and ask me, ‘What are we going to do about it?’” Pence said. “And I tell them, well, about six months from now, you're going to have an opportunity to begin to do something about it. When we elect men and women who will put border security first.”

Pence highlighted the need for Republicans to seize control of the House and oust Speaker Nancy Pelosi from leadership.

And at several points, he also looked ahead further, to the 2024 presidential election — to work with a new Republican majority elected in 2022.

“I hope and pray and I'm working every day that a new majority on Capitol Hill can help to forge with, in the not too distant future, a new administration as their partner,” Pence said.

Pence has been rumored as a potential 2024 Republican candidate. His stop in Arizona marks a visit to what’s become an important swing state in presidential elections. The New York Times reported in May that Pence has been visiting early nominating states, and that the former vice president was open to running against his old running mate: former President Donald Trump.

Pence did not take questions from reporters after the event — dodging an opportunity to address a revelation from the Jan. 6 Select Committee, which reported last week that Trump said Pence “deserves” to be hanged for not agreeing to overturn the election.

Arizona Gov. Doug Ducey, who also co-leads the Republican Governors Association, was scheduled to speak alongside Pence, but tested positive for COVID-19 and did not attend.