How electrocuted birds cause wildfires 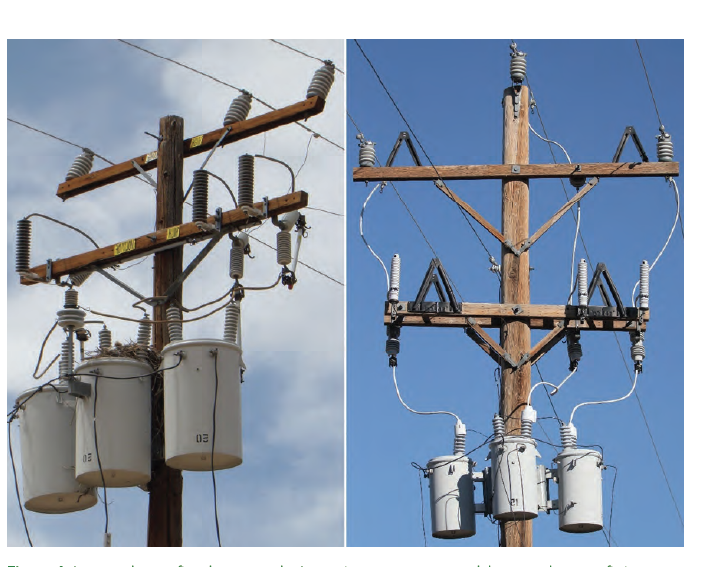 Now, the authors of a study in the journal Wildlife Society Bulletin have added another culprit to that list: birds.

Researchers looking at wildland fires in the contiguous U.S. from 2014-2018 found 44 were ignited by the burning bodies of such birds, including an April 2017 fire near Prescott. The problem is likely global, however: Prior research has also found examples  occurring in Spain and Chile.

Though usually safe on wires, birds can be electrocuted and even catch fire if they touch a grounded object or bridge two wires with different potentials, completing a circuit. This is especially true of larger species like raptors, eagles and vultures.

“A lot of times the jumper wires running from the main conductors down to those transformers are uninsulated. So they're energized, and birds can make contact with those tightly spaced wires or other pieces of energized equipment,” said lead author Taylor Barnes of the consulting company EDM in Fort Collins, Colorado.

The authors found the fires using Google Alerts, then confirmed each case via further research.

"We would use incidences that were confirmed by an industry professional, whether that be a utility lineman or a firefighter that confirmed that they thought the source of the fire was, in fact, an electrocuted bird that had caught fire," said Barnes.

They then aggregated the data into regions with similar climates and ecologies, as defined by the U.S. Environmental Protection Agency.

Barnes says the best time to find ways to protect birds and fire-prone regions is during a power line's planning stages.

"Using large enough cross arms or large enough spaces between equipment, where you totally take out the possibility of a bird making a bridge contact between phases or other equipment," he said.

"We as a company would just like to reiterate that these types of wildfires and outages are very much preventable," said Barnes.