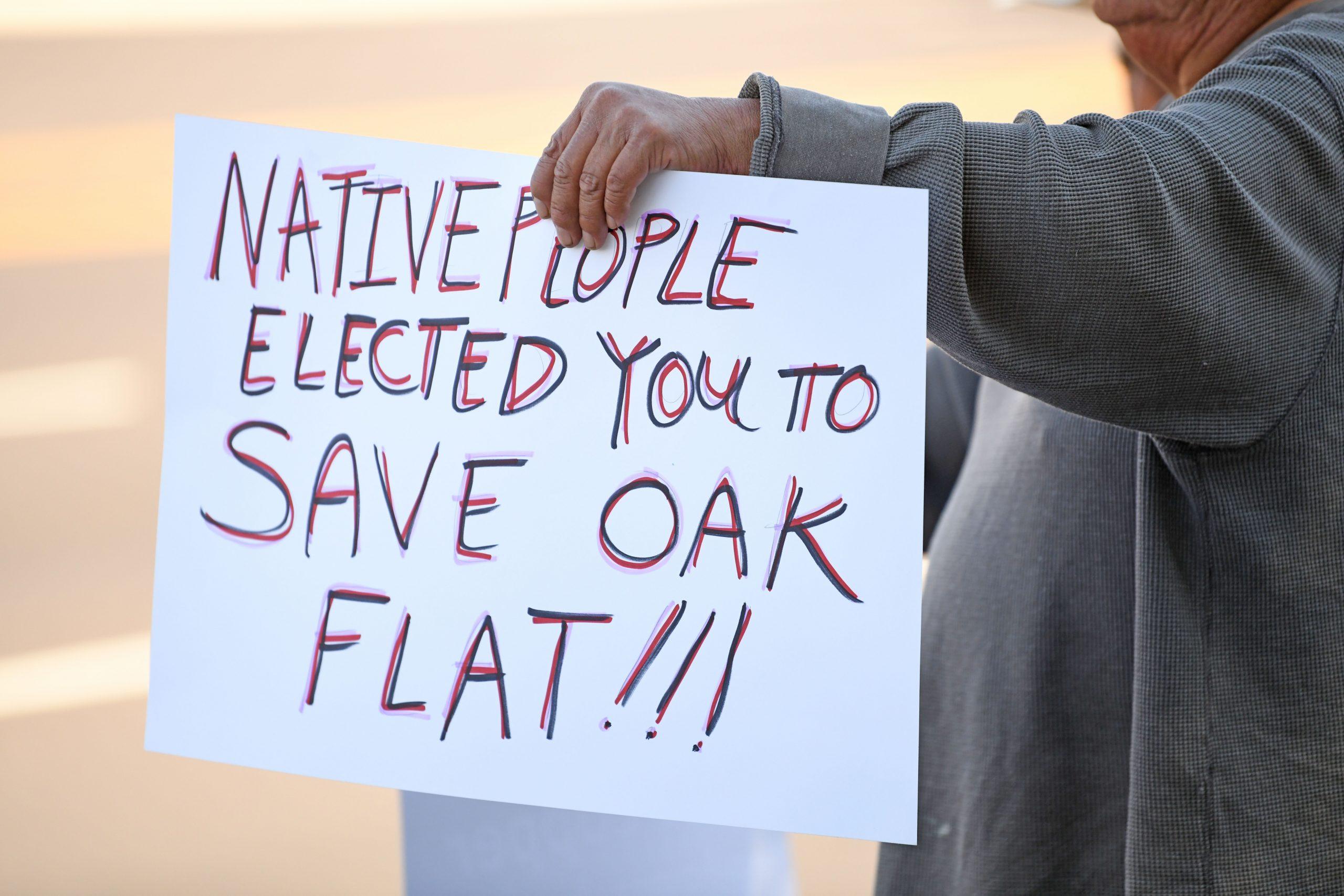 Kevin Hurley/Cronkite News
Oak Flat, known to the Apache as Chi’Chil’Ba’Goteel, was federally protected until it became part of a land swap approved by federal officials in 2014.

The 9th Circuit Court of Appeals Friday ruled that Canadian-based Resolution Mining Company can build a copper mine on sacred Native American land east of Phoenix.

Oak Flat, located in Tonto National Forest, is considered sacred land by the Apache people, but the court ruled that the plaintiff, Apache-Stronghold, didn’t show substantial burden on religious exercise.

Dr. Wendsler Nosie Sr. is the founder of Apache-Stronghold.

“We’ve vowed to appeal the case to the Supreme Court. So, that's going to be the next direction we take. It’s unfortunate, because, you know, I think not only us here, but a lot of people put their faith and hope into the judicial system,” said Nosie.

Nosie says the issue is one of religious freedom, as well as an environmental matter.

“My sleeves have now come up, you know. Like everyone else, you know, you always want to put faith and hope in the system. But when it comes to Indian country, they continue to destroy the fabric of who we are,” said Nosie.

Two other lawsuits are pending, one by the San Carlos Apache Tribe, and one by the Arizona Mining Reform Coalition and the Center for Biological Diversity, the second of which cites water quality issues and damage to the surrounding environment as a result of construction.

EDITOR'S NOTE: This story has been modified to correct then name of the company Resolution Mining Company.