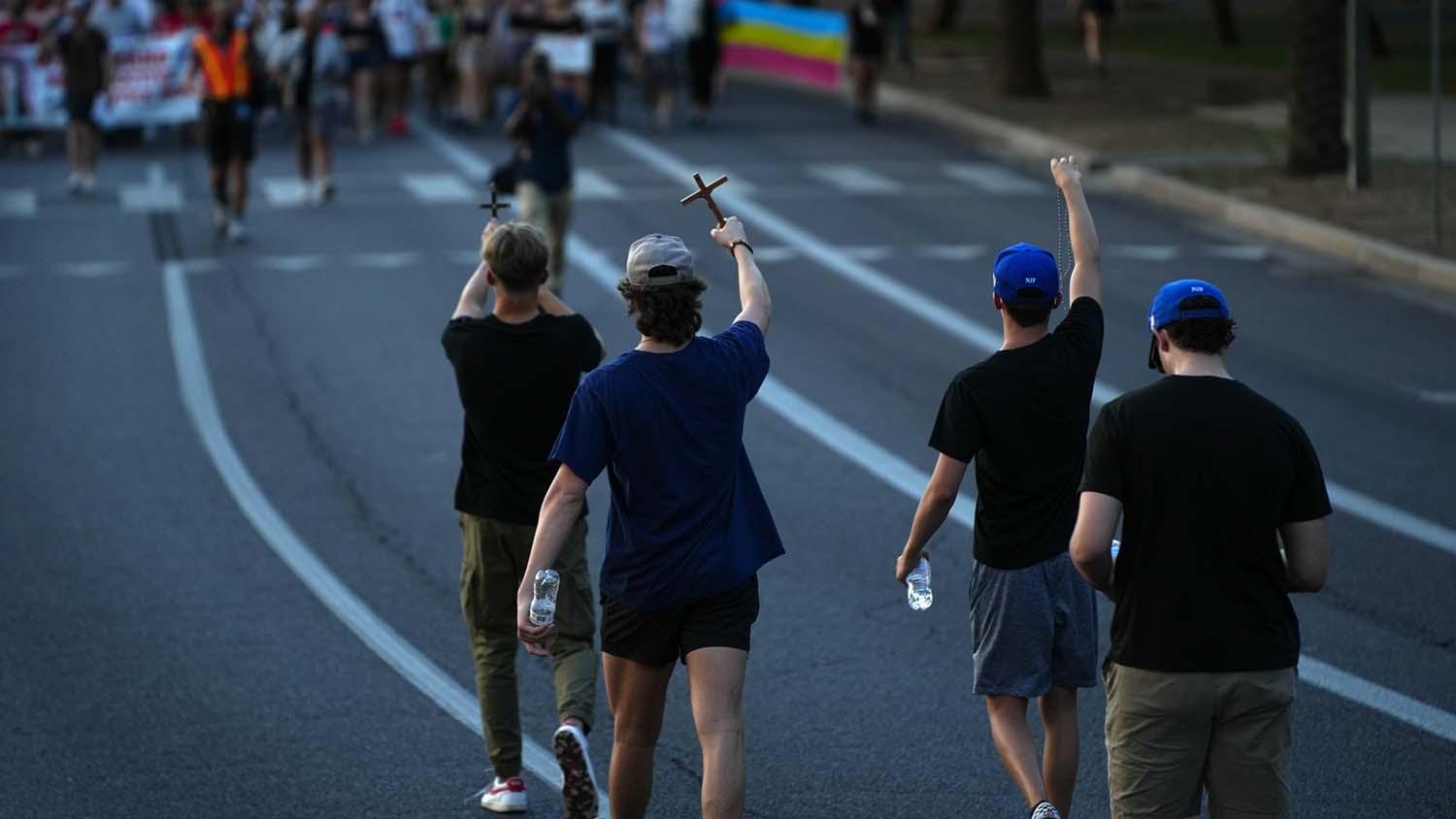 Troy HIll/Cronkite News
Anti-abortion demonstrators approach the group of abortion-rights protesters at the Arizona State Capitol in Phoenix on June 24, 2022.

Thousands of protesters had gathered earlier on the Capitol grounds in Phoenix, divided into groups both supporting and condemning the U.S. Supreme Court’s decision overturning Roe v. Wade.

As protesters chanted outside, lawmakers in each chamber were busy voting on a flurry of bills to end the legislative session.

Republican state Sen. T.J. Shope said senators briefly evacuated the chamber and sheltered in an underground tunnel connecting the House and Senate before returning to work.

Some people began banging on the windows and glass doors of the state Senate. DPS say they believed they were trying to break in, so they used tear gas.

“And once we got back to the floor, tear gas was obviously in the building. So I noticed it right away with eyes burning and stuff like that. So I mean, it was pretty, pretty intense,” said Shope.

Video taken from inside the Senate lobby by Republican Sen. Michelle Ugenti-Rita showed the scene. Another she took moments later showed state police in riot gear forming a line inside the building, facing protesters on the other side of the glass.

She said in an interview with the Associated Press on Saturday morning that the protesters were clearly trying to enter the locked building. 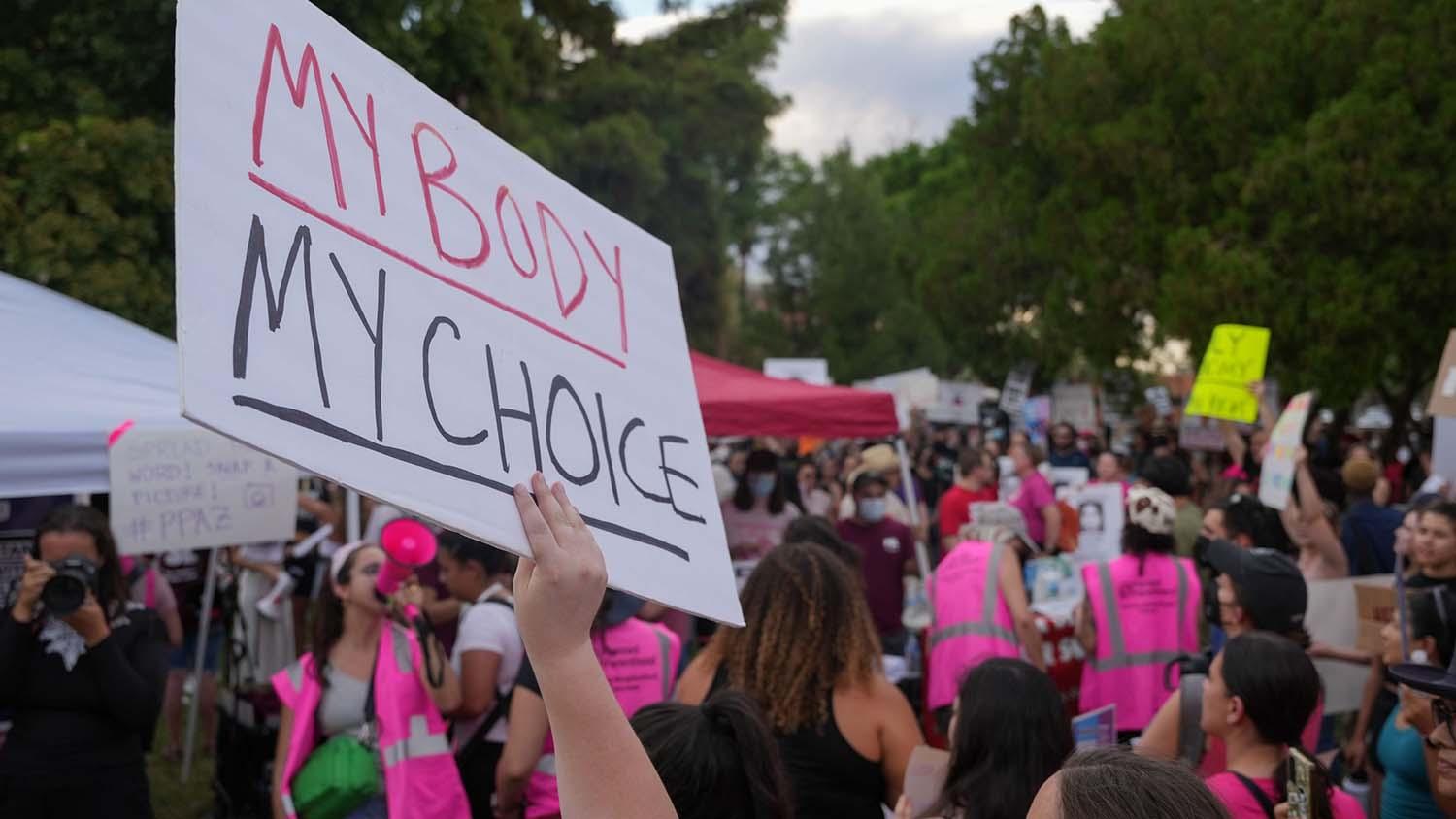 “They were aggressively banging on the windows in a way that at any moment it could break,” Ugenti-Rita said. “This wasn’t a knock on a window. I mean, they were trying to break the windows.”

Senators eventually crammed into a cramped room to continue their work late into the night.

A statement from Republican leaders at the Arizona Senate described the protests as an attempted insurrection and claimed there were attempts to breach the building.

Others at the scene described a peaceful protest in the wake of the U.S. Supreme Court ruling.

“A bunch of House and Senate Democrats voted to give these cops a huge pay raise,” said said on Twitter in a post showing police firing tear gas. “Some even called it historic. Remember that every time the cops gas peaceful protesters.”

Salman said in an interview Saturday that police in Arizona have a long history of using unneeded force against people exercising the First Amendment rights to protest and then blaming them for causing the trouble. She pointed to Black Lives Matter and immigrant justice protests, and said she's not surprised to see it at an abortion rights protest. 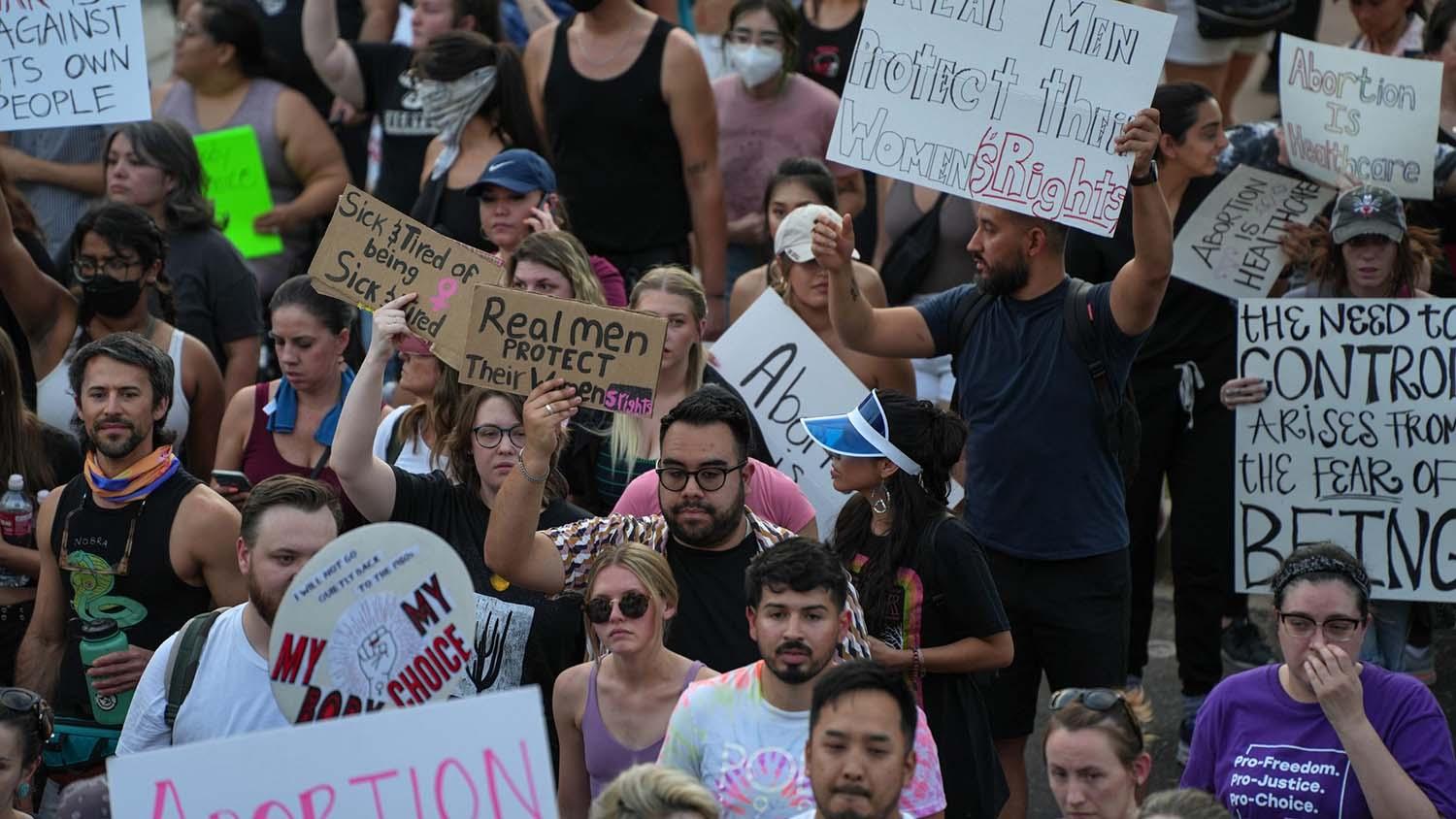 “Anything related to human rights they're ultimately going to gas the crowd and then come up with cover stories justifying this excessive use of force,” Salman said.

No broken glass was visible at the Senate building after the crowd dispersed.

State Senate Democrats issued a statement Saturday saying the vast majority of protesters were peaceful while noting that a small number tried to enter the building.

“We unequivocally condemn violence in all forms, and anxiously await the investigation results to explain the response of law enforcement,” the statement said.

They also criticized “right-wing media and lawmakers” who called it an “insurrection attempt,” and said they were “weaponizing this moment to deflect from the actions of Jan. 6.”

Protests continued in to the weekend at and near the Capitol.

Bart Graves with the Arizona Department of Public Safety says 18 people were detained and four arrests were made Saturday night when things started to get out of hand. The people arrested face charges of rioting, disorderly conduct and trespassing for tearing down a fence that had been erected around the House and Senate plaza.

“Later that evening after most attendees had left the capitol a group of about 50 people remained on scene. At approximately 11:30 p.m. numerous agitators attempted to push down the security fence set up around the House/Senate plaza," said Graves.

KJZZ's Jill Ryan and the Associated Press contributed to this report.