How much can at-home conservation impact Arizona's water shortage? 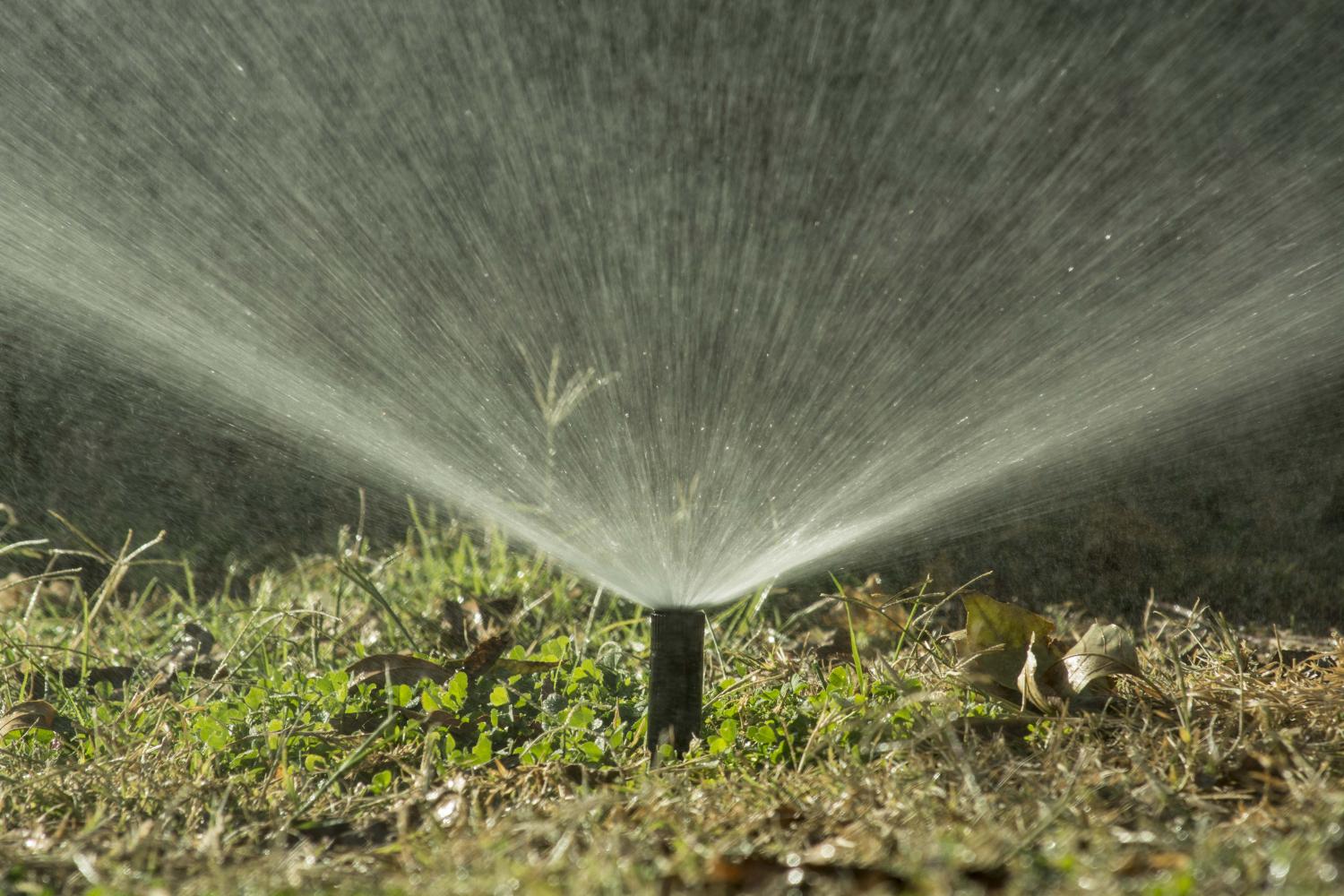 Sprinkler systems can use up to 13 gallons a minute, according to the "Water – Use It Wisely" campaign. Katherine Davis-Young/KJZZ

The Southwest’s ongoing drought has put the spotlight on water conservation. Experts agree it’s an important part of the solution. But what does conservation mean to the average Arizonan? Shorter showers? No more grass lawns?

Let’s say you’re standing at the kitchen sink with an empty peanut butter jar. You want to put it in the recycling bin, but you’re going to rinse it out first. Is it worth the water?

In our daily lives, there are many ways to save water, such as turning off the faucet when we brush our teeth or taking shorter showers. These are nice gestures, but to really save water, you need to think bigger.

“If everybody in Phoenix saved a gallon of water a week by not rinsing out containers, it would not help the problem,” said Sarah Porter of the Kyl Center for Water Policy.

It’s not like there’s a straw from Lake Mead to your kitchen sink.

“These kinds of efforts, they’re fine, it’s good for people to be, you know, very water-conscious,” Porter said. “I really believe in that and support that. But they’re not connected to the solutions.”

First, it helps to understand that the water you use to clean that jar will be reclaimed and put to use.

“Almost all the water going down the drain is going to be recycled — 93%,” she said.

Arizona has been storing water for decades. Many communities get their water from a variety of places besides the Colorado River, such as groundwater and the Salt River. Every city is different.

“Reducing your consumption of water enables your city to stretch the water supplies in hand, over a larger number of users. And it’s very important to recognize that. It doesn’t do anything else. It doesn’t leave water in Lake Mead or Lake Powell,” Porter said.

Conservation is important because it helps cities as they plan, swap water and build infrastructure. But what’s the best way for the average person to help?

Let’s assume that while you stand at the kitchen sink with your peanut butter jar, there’s a window that looks into your backyard. As you look outside, what do you see? Desert landscaping? Grass? A sprinkler running at high noon?

“Actually most of your water use is still outdoors,” said Max Wilson, water conservation coordinator for the city of Phoenix. He says that even desert landscaping can use too much water. 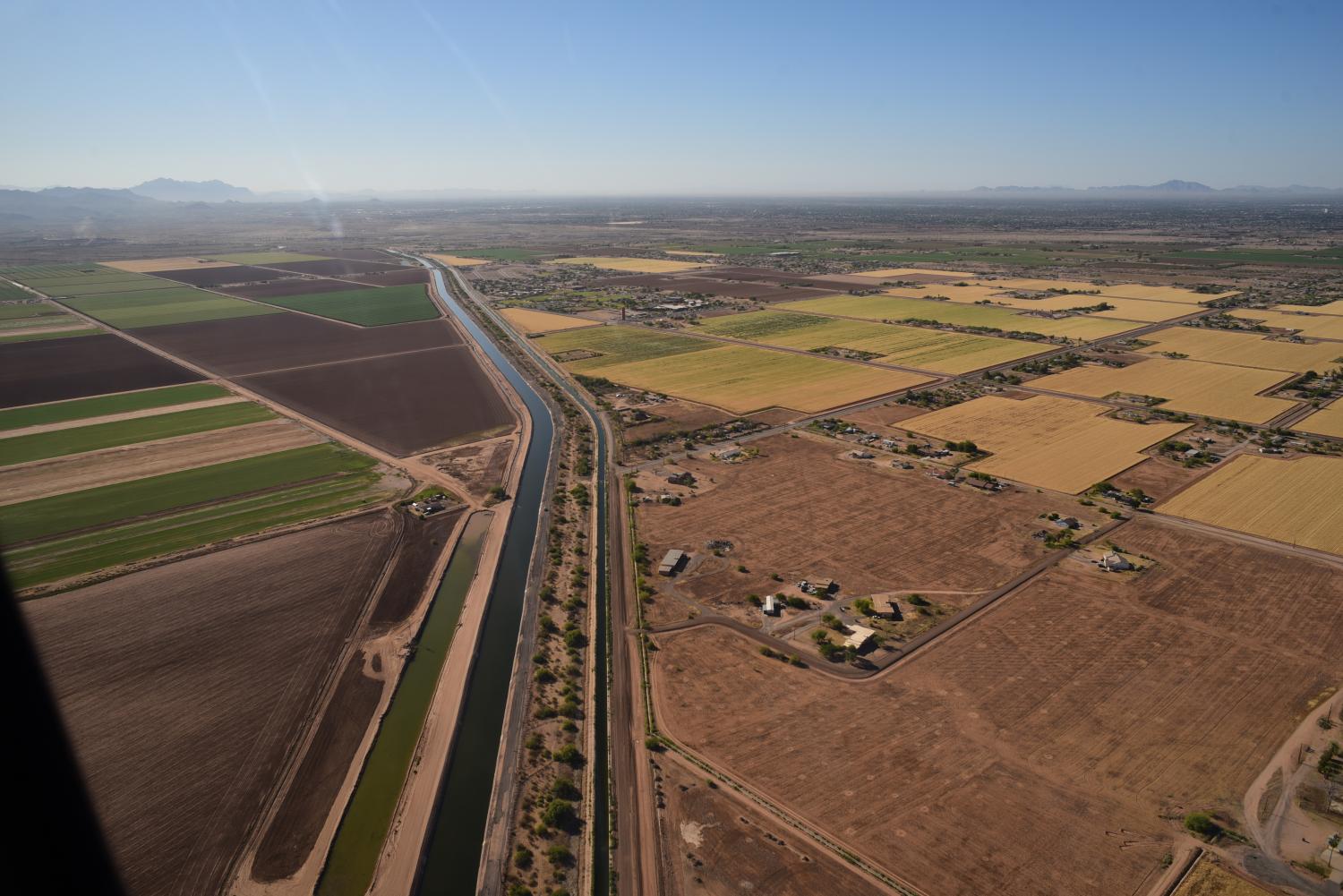 “A lot of our residents are radically over-watering. When it comes down to how much water does your grass need or your bushes need, most of us are just guessing,” Wilson said.

He says you should check your irrigation controller once a month. If your system is just a sprinkler with a hose, that’s fine, too.

“These systems can work really, really well, as long as you don’t forget about them. And that’s the number one challenge that folks have is leaving that sprinkler on overnight, or maybe into the next morning,” he said.

There are also things you can do inside the home, such as repairing leaks or installing water-efficient appliances.

Craig Caggiano, water resources manager for Tempe, says the city has experts who can help with things like landscaping or rainwater capture.

Most of Tempe’s water comes from the Salt River, which has proven more stable than the state’s largest reservoirs during the drought, but the city remains committed to conservation.

The state has been planning on drought — even a severe one — for decades. What it didn’t plan for was the complexities of global climate change and its impact on the Colorado River’s snowpack. But Arizona uses about the same amount of water as it did in 1957 — and conservation has played a big role in that.

“Individual actions matter to conservation. These actions are how we’ll achieve a future with less Colorado River water. The small actions that everyone can make in their residence or at their business all add up,” Caggiano said.

Although the idea of large cities in the desert seems counter-intuitive, about 75% of the Colorado River water in the Lower Basin goes to agriculture. Porter said it’s important not to attach value judgments to these different uses of water, but the numbers can help increase our understanding of water and guide policy and planning.

When cities do save water, they sometimes use it to meet new demand. Las Vegas paid people to rip out lawns so that it could have more water for development. These are the kinds of choices that planners will continue to make moving forward.

“We live in the desert,” Caggiano said. “We moved here because we like the desert, and it’s important to respect that as we consider these shortages on the Colorado River and a potential future with less Colorado River water.”

So, if you leave the water running for a few seconds while you brush your teeth, don’t freak out. But check the sprinkler.