Dragon Fire: The latest on the wildfire near the Grand Canyon

Areas of Grand Canyon National Park that were closed from this summer’s fires have now reopened.

The Dragon Fire sparked July 17 and burned more than 1,300 acres.

Crews allowed the fire to burn naturally. Visitors are warned to watch for flash flooding, debris and deteriorated roads. The park remains on stage 1 fire restrictions, which limits campfires to designated areas. 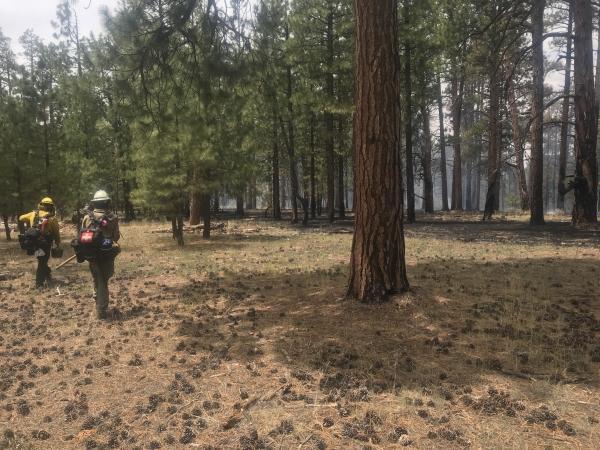 Firefighters continue to monitor a blaze on the North Rim of the Grand Canyon, but the weather has been on their side this week.

The Dragon Fire is holding at around 1,300 acres.

Crews have allowed the lightning-caused fire to help thin dead wood and fine fuels in the area while building containment lines, and monsoon storms have held it in check.

A number of North Rim trails are closed, but the Visitor Center and other services remain open.

Smoke from the blaze may be visible on both rims. 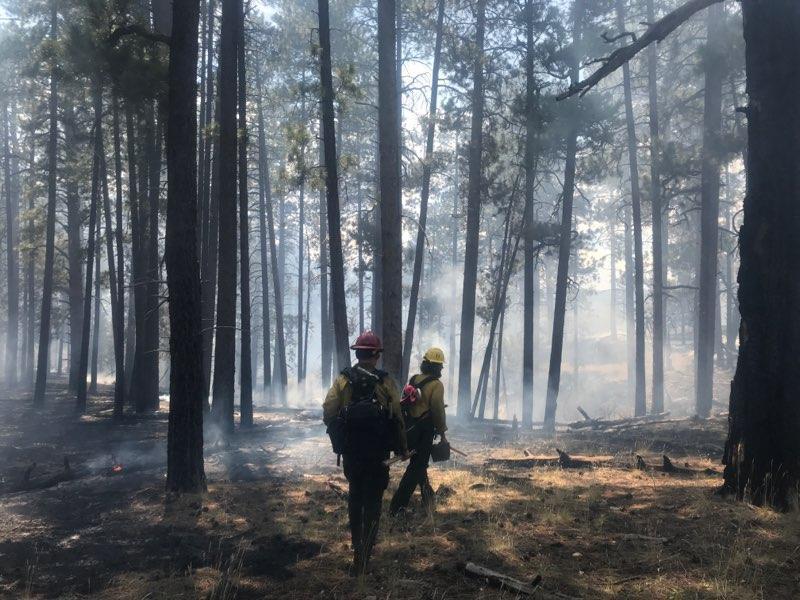 inciweb.nwcg.gov/
A fire crew monitors the Dragon Fire near the North Rim of the Grand Canyon on July 20, 2022.

Several areas of the Grand Canyon's North Rim are off limits to visitors as of Monday due to the Dragon Fire.

National Park officials say the closures will be in place through Aug. 25 or as soon as the area is safe, whichever comes first.

Now closed are Widforss Trail, Widforss Forest Trail, NG9 Outlet Canyon Use Area, NF9 Widforss Use Area, and all National Park Service lands above the Coconino Sandstone between Dragon Creek and Transept Canyon that are south of W-1 Road. North Rim Tiyo Point Trail has been closed to visitors since July 20.

The Dragon Fire has burned about 1,300 acres and is fueled by ponderosa pine.

At the Grand Canyon’s North Rim, fire crews are letting the Dragon Fire take its course by monitoring instead of actively fighting it. Park spokeswoman Joelle Baird says while the fire is active, visitors can see the fire from the south rim and visibility inside the canyon will be hazy.

“The last time fire was in this area of the Grand Canyon was in 2005, so it is due at this time for another fire treatment, keeping with that regime," Baird said.

Baird says the fire, which was caused by lightning, is allowed to burn to fulfill its natural role in a fire-dependent ecosystem, but suppression is on standby should fire conditions change.