After audits and false claims of fraud, Maricopa County elections remain the same

Election denial runs rampant among some Arizona Republicans, from the campaign trail to the halls of the state Capitol, where Rep. John Fillmore spent the last year trying to upend elections.

In January, Fillmore sponsored one of the more controversial and consequential bills to overhaul the election process, all in the name of what he called a need to get back to “1958-style voting.”

“Quite frankly, there are some people, and I will be the first to say that is me, I am one, that will say that I believe in 2020 we had some serious concerns that were never really responded (to),” he said at the time.

Among other things, Fillmore’s legislation would have required ballots in all future elections be counted by hand; required votes to be cast only on Election Day; and repealed laws providing universal access to early ballots in Arizona.

That’s music to the ears of former President Donald Trump, who visited Arizona last week to repeat his election lies.

“The election was rigged and stolen,” Trump said to raucous applause, “and now our country is being systematically destroyed because of it.”

But for all the deniers in Arizona, there are still believers.

“Yeah, for all the noise that has been made regarding election administration, from the user’s perspective, it’s going to look very similar to the 2020 experience,” said Stephen Richer, who was elected over a Democrat as Maricopa County recorder during the allegedly rigged 2020 vote. 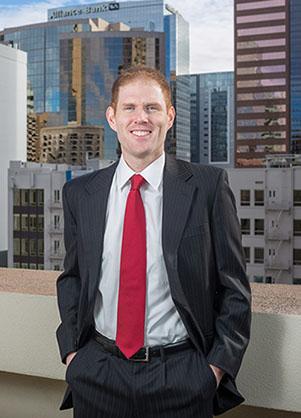 Richer’s quick to point out that the election review, for all its flaws, actually found nothing wrong with Maricopa County elections — the county thoroughly debunked any claims of wrongdoing.

“I think that we've had more scrutiny over the Maricopa County elections process than any jurisdiction in the United States,” Richer said. “And, you know, that process has been found to not be fundamentally flawed.”

There are a few new wrinkles to the 2022 primary in Maricopa County. Most ballot drop boxes are gone. Instead, the county expanded its number of universal voting centers, where all voters can drop off or cast an early ballot. Fast drying pens have replaced controversial sharpies at polling places.

But all that’s discretionary — small changes the counties can make at the local level. Most of the election is dictated by state law — like how early ballots were mailed to a majority of Maricopa County voters at the beginning of July, same as always.

Extreme bills like the one Fillmore proposed may have attracted attention. But enough Republicans, like Richer and Maricopa County Supervisor Bill Gates, lobbied against those bills from becoming law.

“We are up against so many forces, so many leaders within the Republican Party here in Arizona, and nationally, who continue to spread this misinformation,” Gates said. “But again, fortunately, we also have people who have stood up and supported our elections workers.”

“I think that that demonstrates a recognition that our system works, that all of this talk about problems in the system were political talk, but not reality,” Gates said.

That reality is a testament to the work of officials like Rey Valenzuela and Scott Jarrett, co-election directors in Maricopa County.

Jarrett described the last two years as a trial by fire.

“Because of the last two years, I feel we're much better prepared than we were in 2020,” he said.

“On a personal level, it's difficult, because we want the voter to have accurate, the most, the best information possible to make their — not only their choice and participate in the process, but to know that, again, elections are safe, secure, and they have integrity,” he said.

Both believe that, with a successful 2022 election in tow, the county may be able to turn a corner heading into the 2024 presidential vote.