Download mp3 (7.09 MB)
Coverage of aging is supported in part by AARP Arizona 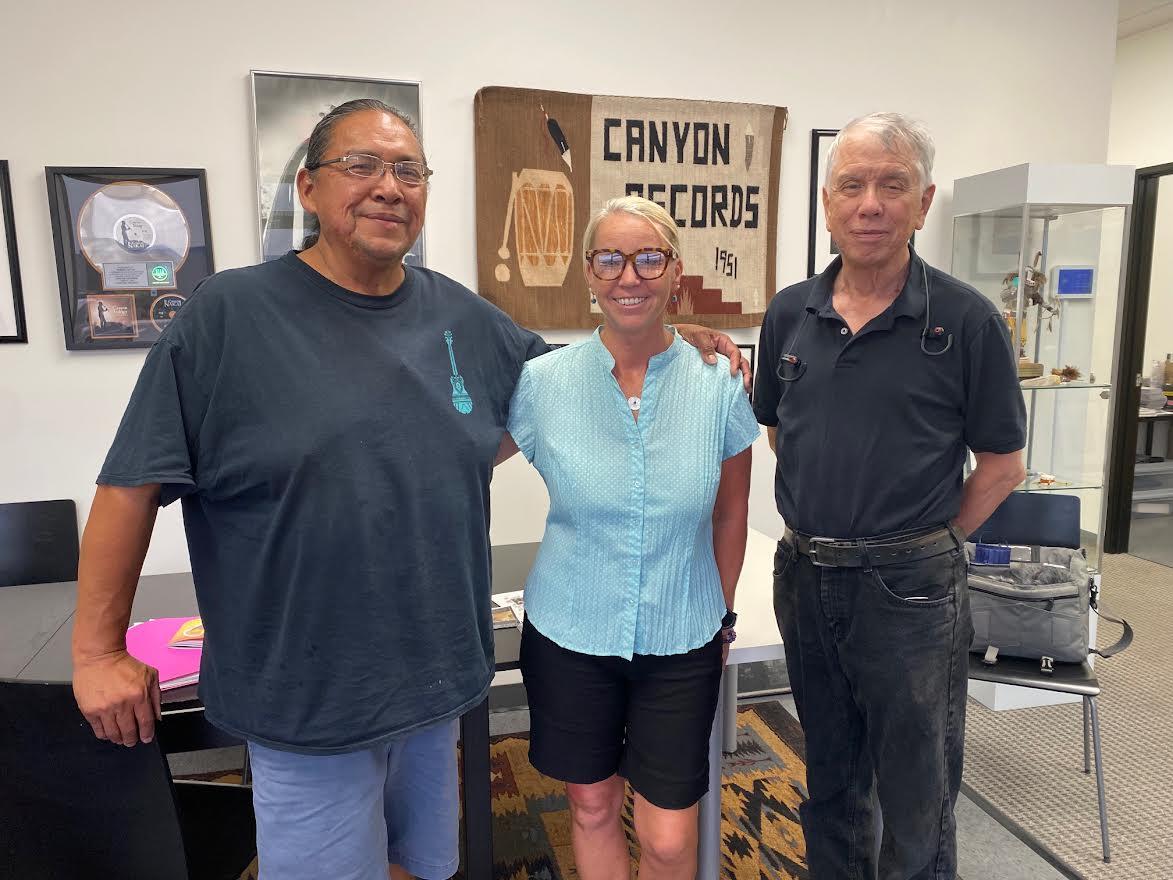 Kathy Ritchie/KJZZ
Aaron White (from left), Kathy Norris-Wilhelm and Robert Doyle collaborated with others to create the CD Walk With Me. The CD is for Native American caregivers and their loved ones living with dementia.

One in 3 Native American elders will develop Alzheimer’s disease or another form of dementia, according to the Alzheimer’s Association. But accessing resources like respite or support groups can be difficult for families, especially in tribal communities in rural parts of the state. Now, two Valley organizations are teaming up to support Native American caregivers and their loved ones through music.

Aaron White is a Diné and Northern Ute Grammy-nominated musician. He plays guitar on the song, “Road Less Traveled.”

“Music is a very, very interesting ordeal. It  can spawn memories,” he said. “It can make people feel a certain way of, maybe, comforting their, their mind, body, their spirit.”

White says he wrote “Road Less Traveled” because, as he puts it, “there are those roads in life that we sometimes are forced to take, because of maybe illness or something that happens.”

And that’s where this story starts —  with White’s music and 11 other songs that appear on a new CD called “Walk With Me.”

“This was really a pandemic project," said Heather Mulder, the associate director of outreach research at the Banner Alzheimer's Institute. She also helped produce “Walk with Me.”

“When these communities shut down [by the pandemic] and were hit so hard by this, we, like everybody else, had to figure out, ‘What do we do now?’” she said.

Through conversations with others about how music could help people living with the disease and their caregivers, Mulder says, “we just started putting these different pieces together and said, ‘Well, what do you think? Could we do a CD?’”

A CD, she said, would make the most sense since it’s something that could put directly placed into a caregiver's hand. It also made the most sense given the access issues in some indigenous communities. 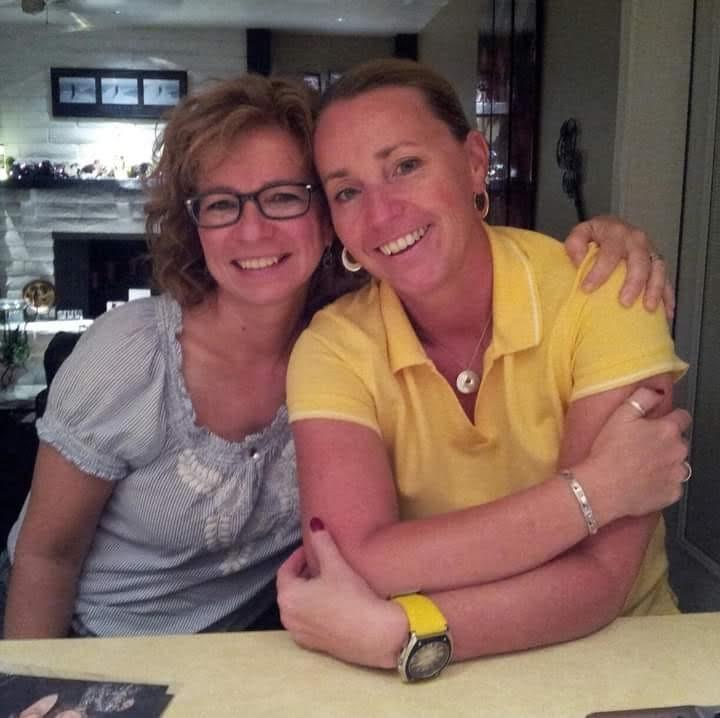 One of the people Mulder was talking to was Kathy Norris-Wilhelm. Norris-Wilhelm lost her wife, Jean, to early-onset Alzheimer’s disease.

Unfortunately, early onset is incredibly aggressive. “So, we were seeing a very rapid decline,” she explained. "And as she progressed, we did start pursuing the benefit of different classes and programs.” Including music therapy, which was offered at the Banner Alzheimer’s Institute.

“And that truly was a lifeline and a lifesaver for us personally,” said Norris-Wilhelm. "I think what’s  really important is we knew from the start, that we personally benefited from the fact that Banner Alzheimer's Institute, and so many wonderful organizations were in our backyard. We had the capability of reaching those resources, and unfortunately, in the indigenous communities, they don't have that same benefit.” 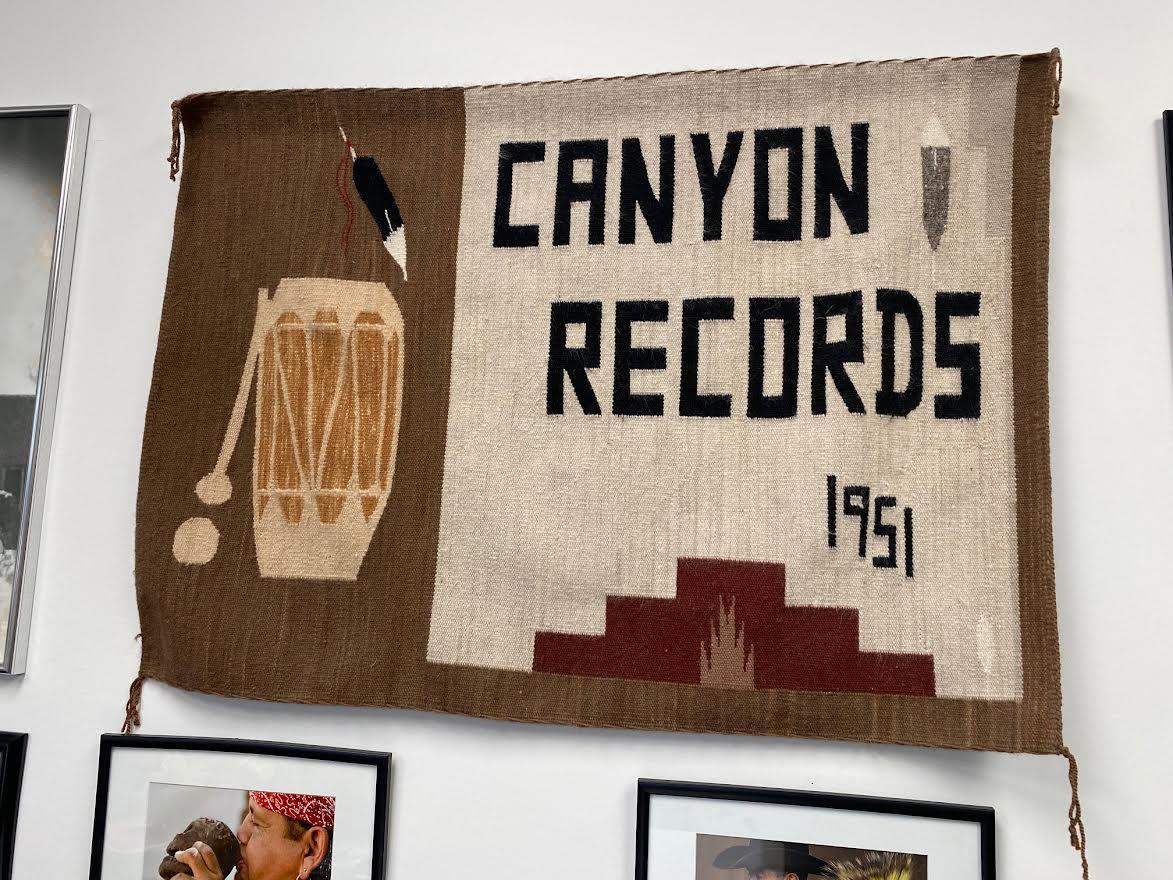 Kathy Ritchie/KJZZ
Canyon Records is an independent record label specializing in Native American music. The company was founded in 1951.

Even before the COVID-19 pandemic, indigenous communities could be tough to reach. The internet can be hit or miss in more rural parts of the state, and dementia specialists, support groups or other programs like the ones Jean participated in, can be hours away by car.

But here’s where serendipity comes in. Norris-Wilhelm is the director of promotions at Canyon Records, an independent label that has been specializing in Native American music since 1951.

So, after talking to Mulder, she approached her boss, Canyon Records President Robert Doyle, who said yes. For Doyle, this project was also personal. His mother died from Alzheimer's disease.

“But Jean was here a lot during the her years of contending with Alzheimer’s, sometimes helping out as much as she could, sometimes just having a place to go,” Doyle said.

“It was really critical for us also to develop an advisory committee to involve the indigenous community members. So as this concept was developing, we really wanted their input,” she explained. That included White's who was part of the committee, because some music, like those used in ceremonies, would be inappropriate to be used for the CD.

And everyone on the project wanted to make sure that each song worked as a tool to soothe, motivate or modify unwanted behaviors.

So for example, physical activity: If you want someone up and moving you need something that has a bit of a rhythm, a bit of a beat to it, it  has some energy to it,” explained Mulder. “And so we actually selected a chicken scratch song that many communities in the southwest are used to dancing to that type of music.”

Inside the CD there are liner notes, explaining why a song was chosen or when to use it. Mulder says Banner has also partnered with the inter-tribal council of Arizona to get the CD into the hands of caregivers.

It’s a role Norris-Wilhelm will never forget, which is why this CD is part of her late wife’s legacy: to help those walking the road less traveled.