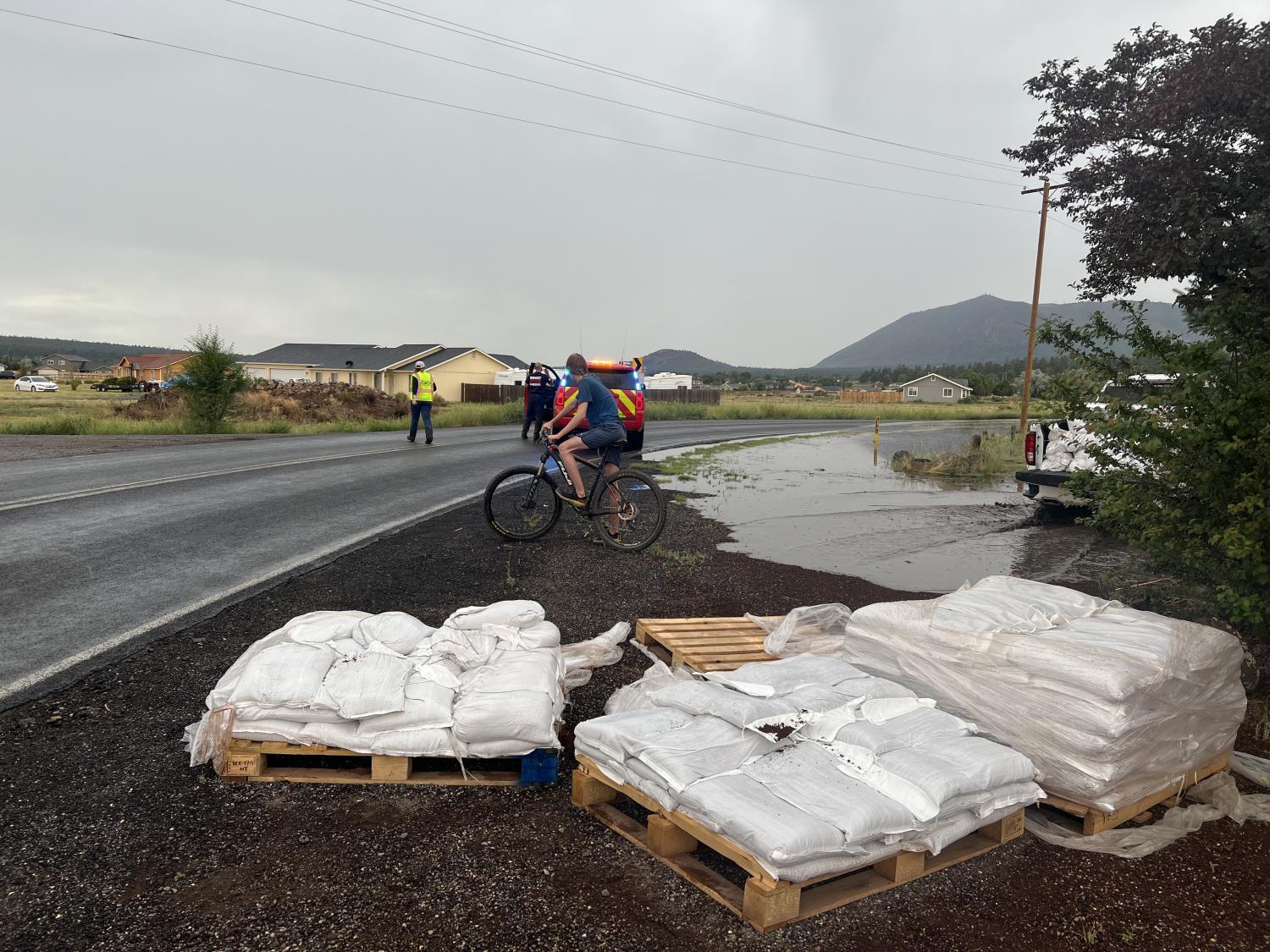 Michel Marizco/KJZZ
Pallets of sandbags are being dropped off for residents to defend their homes in Doney Park in July 2022.

The city of Flagstaff will be holding a community meeting for residents facing flooding on the city's west side.

City Hall will be open to residents affected by flooding starting at 6 p.m. Thursday. The Pipeline Fire destroyed watersheds that would normally keep water from raging down the mountain. That’s led to severe flooding on both ends of the city. Damaging homes, destroying roads and over-running flood mitigations put in place for older fires.

Residents are still calling for emergency measures like concrete barriers to be installed at some locations where homes have taken on water and mud flows. And officials have warned residents for more than a month to protect their homes with sandbag formations.