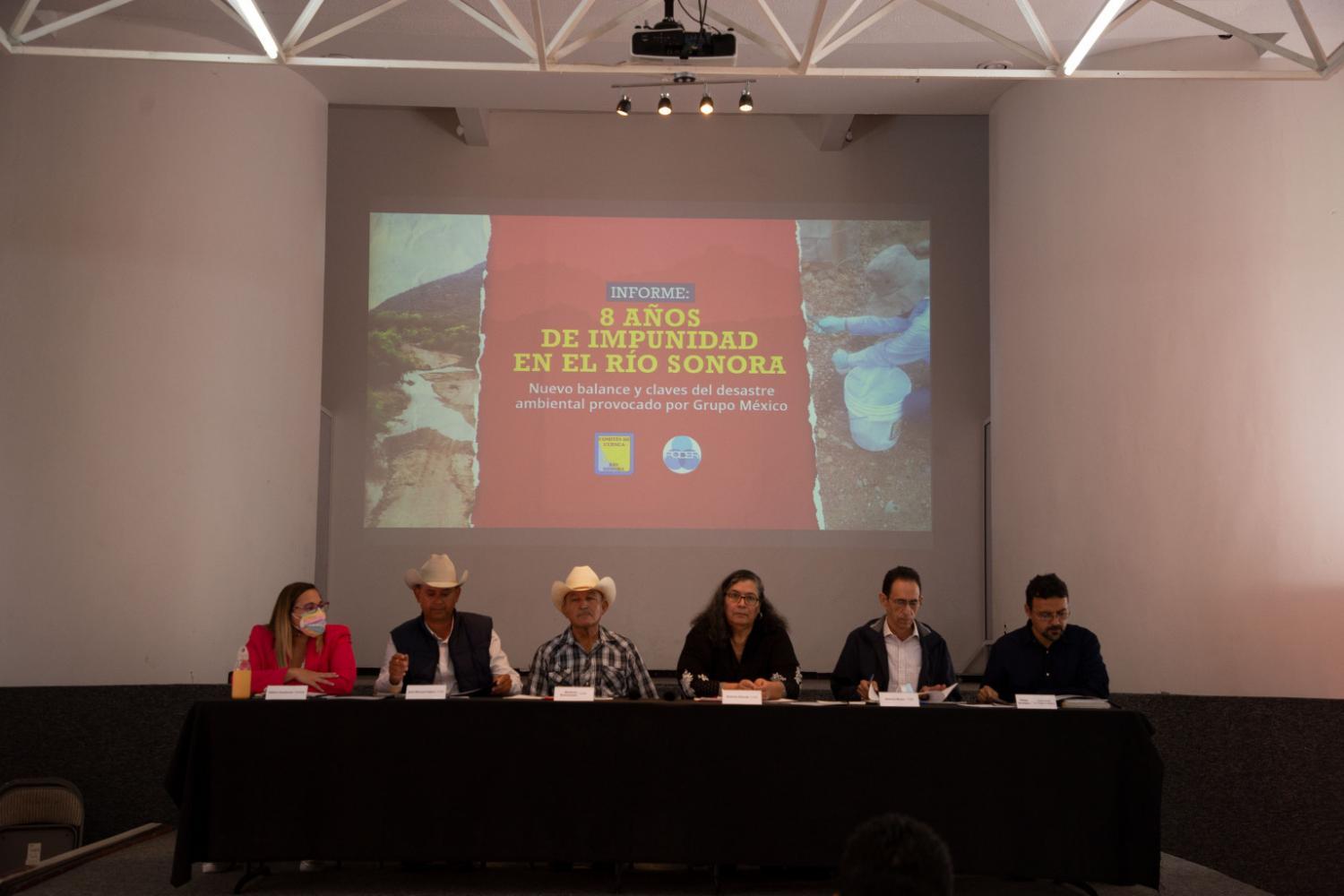 PODER
Members of the Rio Sonora Watershed Committees, scientists and human rights activists speak about the ongoing damage in the region at a press conference on Aug. 3, 2022.

Saturday marks eight years since the worst environmental mining disaster in Mexican history. And for residents of the Rio Sonora valley, the impacts of that spill are still being felt.

"The cut our lives short. The took away our way of life," said Norberto Bustamante, a member of the citizen-led Rio Sonora Watershed Committees, which have been fighting for remediation since 2014.

Bustamante was speaking at a press conference alongside community members and experts who detailed the results of recent studies showing the health, environmental and economic impacts of the disaster. Those include recent government testing that shows high levels of heavy metals like lead, arsenic and cadmium in area residents, and in their water supplies.

The committee members said they are continuing to demand long-term solutions to the ongoing harms from the spill, and for Grupo Mexico to be held responsible for the damage it’s caused.