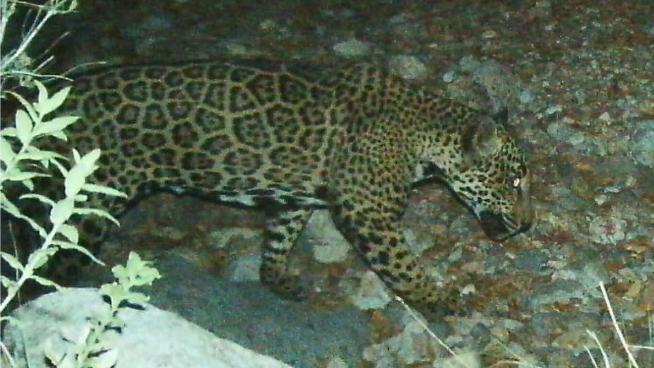 The jaguar known as El Jefe has been spotted for the first time in nearly a decade in Sonora, Mexico — an encouraging sign for researchers who feared the cat wouldn't be able to move south of the border again because of the extensive border wall that now stands in its way.

Aletris Neils is one of those researchers; she's the founder and executive director of the group Conservation CATalyst in Tucson.

The Show spoke with her, and she said El Jefe has become a kind of symbol for the effort to save jaguars in the desert Southwest.

But while it’s good news he was spotted south of the border, Neils also said the future of jaguars in the region is all but certain.