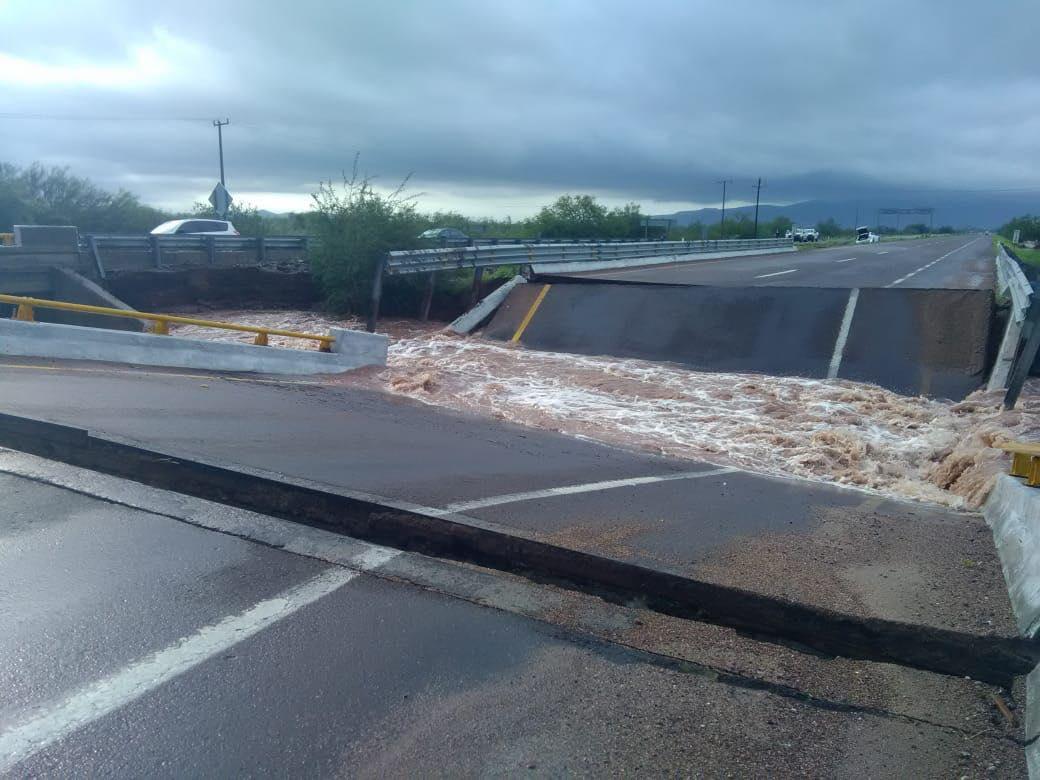 Coordinacion Estatal de Proteccion Civil (Sonora)
A bridge on the major interstate between Hermosillo and Guaymas collapsed during the heavy weekend rains.

Some of the heaviest damage was concentrated near coastal Guaymas, where the interstate flooded and bridges collapsed, temporarily closing key segments of the state’s most important roadway. As of Monday morning, authorities said it is now open again, but traffic is heavy and slow.

A number of communities were overwhelmed with floodwaters, including San Jose, just north of Guaymas, where Greg Hovey owns a dragon fruit farm. He says he expects to be able to save his home, but many neighbors did not fare as well.

He and others are undertaking fundraising and donation efforts to help community members those most impacted recover.