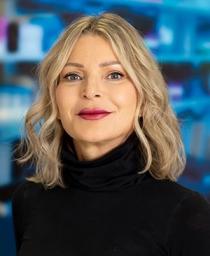 In March, KJZZ’s Arizona Science Desk reported that people who are lean can face surprisingly high risk for nonalcoholic fatty liver disease, a group of illnesses that can progress to cirrhosis and cancer.

Research by TGen and Temple University in the International Journal of Molecular Sciences might help explain why.

“If you take people who are otherwise healthy, and you put them on a choline deficient diet, they'll develop liver dysfunction. So we were curious to see whether this might be a factor and lean people who had fatty liver disease,” said senior author Johanna DiStefano, a professor in TGen’s Metabolic and Fibrotic Disease Program.

The nutrient choline is essential to the brain, nervous system and cell membranes.

Humans get most of what they need from foods like proteins, dairy, grains and vegetables. But the liver, too, makes choline in small amounts, which in turn creates a protein that clears out fats.

“If you're not making choline in the liver, then you're not exporting the fat from the liver,” said DiStefano.

The finding were based on analysis of a large patient cohort that comprised the full spectrum of NAFLD, and on subsequent replication of findings using independent cohorts.

The key finding involved the expression on an enzyme called PEMT (phosphatidylethanolamine N-methyltransferase, for those keeping score at home). PEMT lets the liver makes choline, and choline is required to make very low-density lipoprotein, which transports fat outside of the liver.

So, knock out the gene that expresses PEMT and you end up with a fatty liver. The lower the expression, the more severe the disease.

“So people who had inflammation had lower levels and people who just had fat in the liver, and then people who had the highest degree of fibrosis had the lowest values of all,” said DiStefano, adding that the results need to be confirmed experimentally.

Fat that remains in the liver doesn’t deposit elsewhere, so the same factor that makes some people thinner can potentially mask fatty liver disease.

DiStefano says she hopes the findings inspire people to monitor their dietary intake of choline.

“I think that this is really an underappreciated issue in medicine. And I think we're just starting to understand that fatty liver disease isn't limited to just, you know, a person with metabolic syndrome,” she said.

However, she recommends against taking choline supplements due to risks of raising levels too high. Studies show too much choline can lead to low blood pressure, liver toxicity, cardiovascular disease, excessive sweating, body odor or nausea/vomiting.