Why more Arizona workers are turning to unions 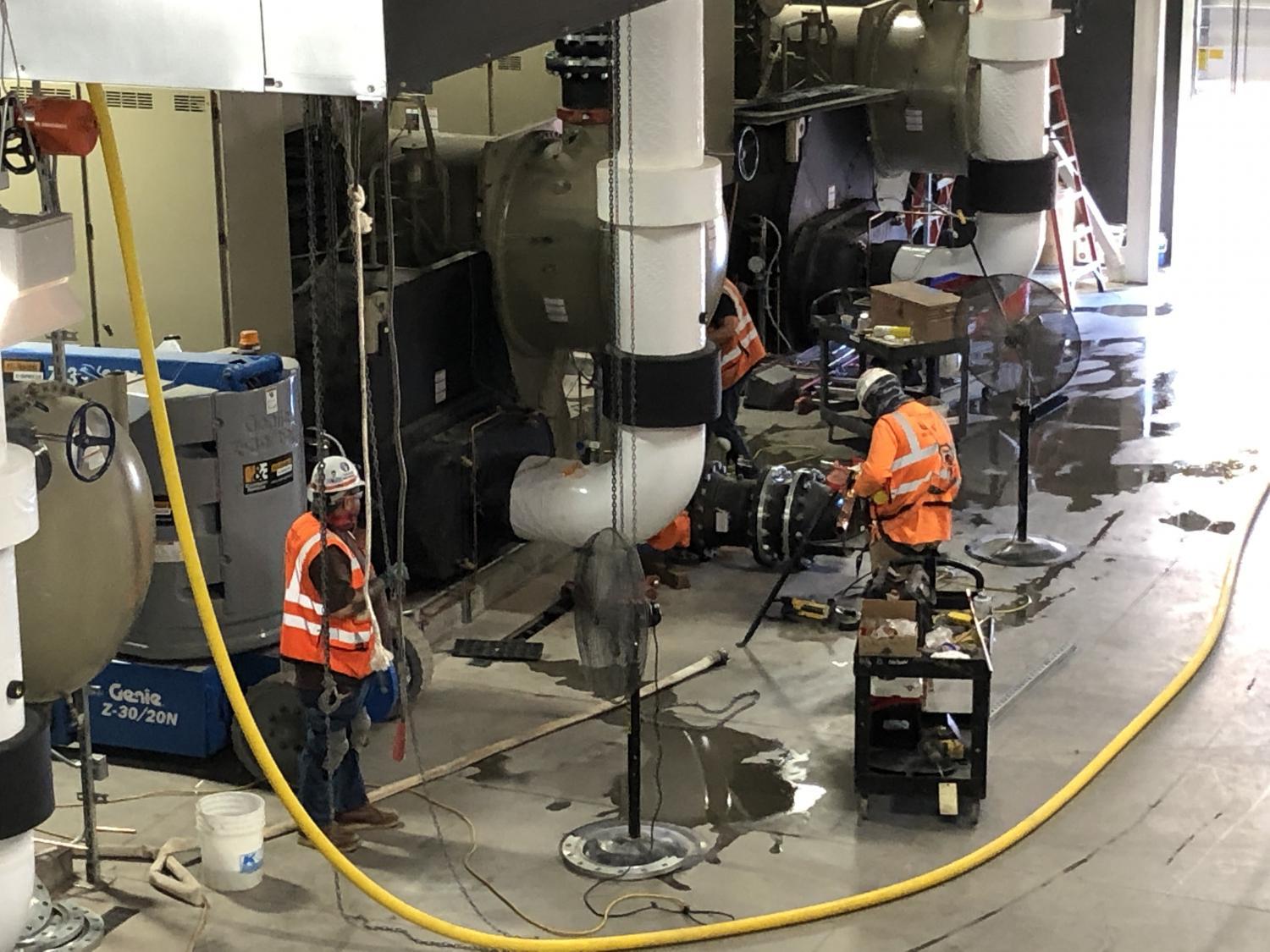 Interest in labor unions has been growing nationally — and in Arizona. During the first nine months of the federal fiscal year, the National Labor Relations Board saw efforts to unionize spike nearly 60%. In Arizona, it increased more than 50%.

Corey Lycopolus had just started as an education coordinator at the National Audubon Society’s nature center in Phoenix when COVID-19 hit hard, followed by two rounds of layoffs at various Audubon locations.

"We were one of the few places that did not receive any layoffs," he said.

Lycopolus had no problems then — or now — with his managers at the Nina Mason Pulliam Rio Salado Audubon Center, but others across the nonprofit’s network did.

"I just want to make sure that people are being treated fairly and they are being respected by their organization," he said. "Because we all want to be here, we’re all here for a reason: we all want to protect birds and protect the environment." 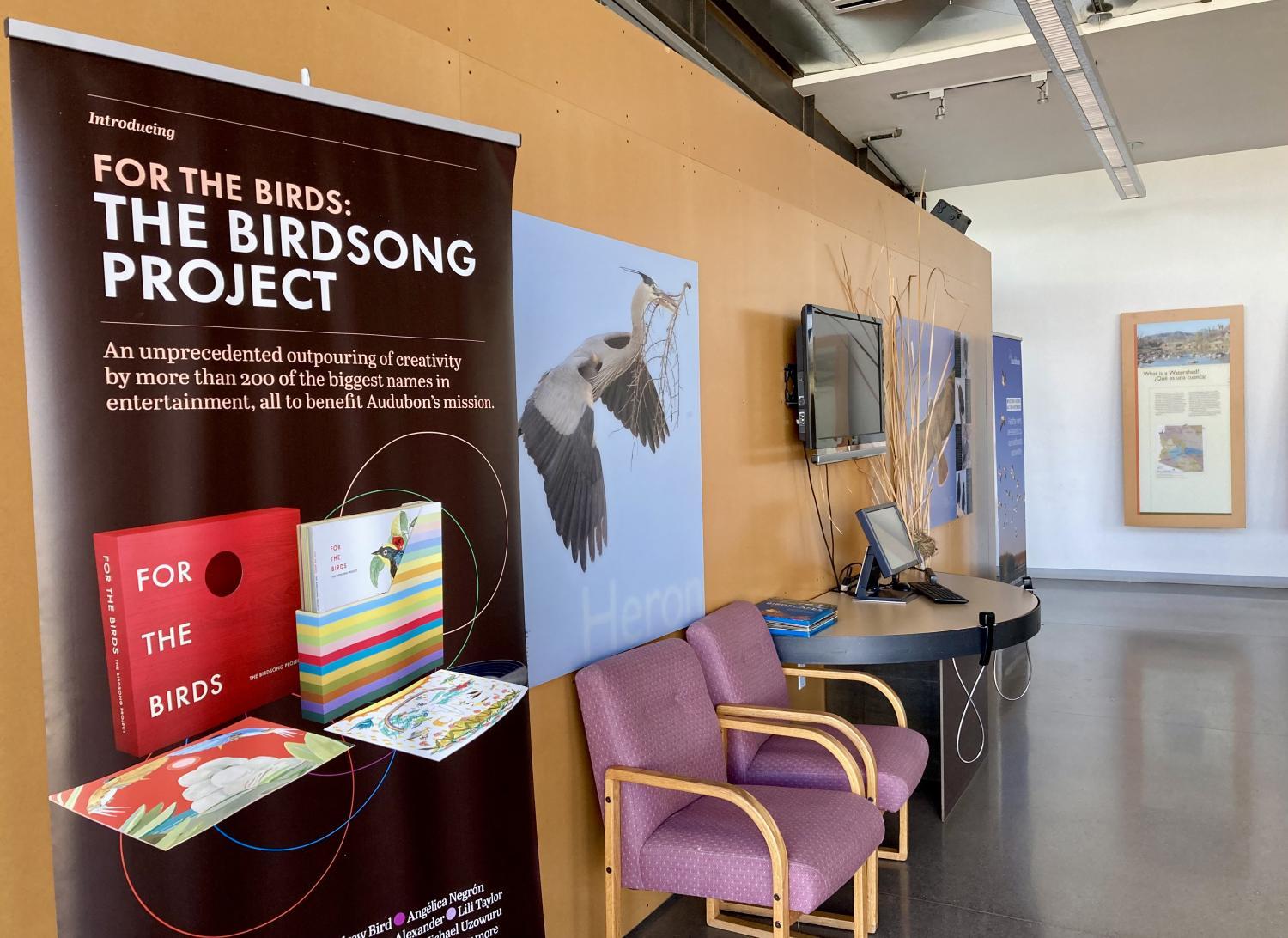 Besides workplace culture, compensation is a concern. It can hurt to see colleagues struggling to cover rent or health care.

He was among 11 employees at Audubon's Southwest regional office who unanimously voted to join the Communications Workers of America. So did a hundred more Audubon employees across 10 other regions.

"It really is a rethinking of the workplace and what workers deserve," said Michael Selmi, foundation professor of law at Arizona State University College of Law. "It’s very exciting, it’s very interesting, but it’s really still on a very small scale."

"It really is a rethinking of the workplace and what workers deserve."
— Michael Selmi, ASU law professor

Lately, Starbucks employees have gained attention. In Arizona, at least five stores have voted to unionize this year. Nationally, it's more than 200. Starbucks owns about 9,000 U.S. stores.

"Going after a large employer and trying to get a broader group of employees in the bargaining unit would give us a better sign of whether this is a real movement or whether this is kind of just a movement among young people in small workplaces that’s getting a lot of attention," Selmi said.

In the past 12 months, 34 Arizona petitions for representation have been filed with the National Labor Relations Board. They include 219 drivers and helpers for Republic Services in Phoenix and Waste Management of Tucson, 50 Lockheed Martin mechanics at Luke Air Force Base, 25 Tucson Streetcar operators and maintenance workers, 12 ACLU of Arizona employees, along with workers at eight Starbucks stores and five marijuana dispensaries.

Not all petitions will lead to union elections and certification by the National Labor Relations Board. Some petitions are withdrawn and some elections fail. 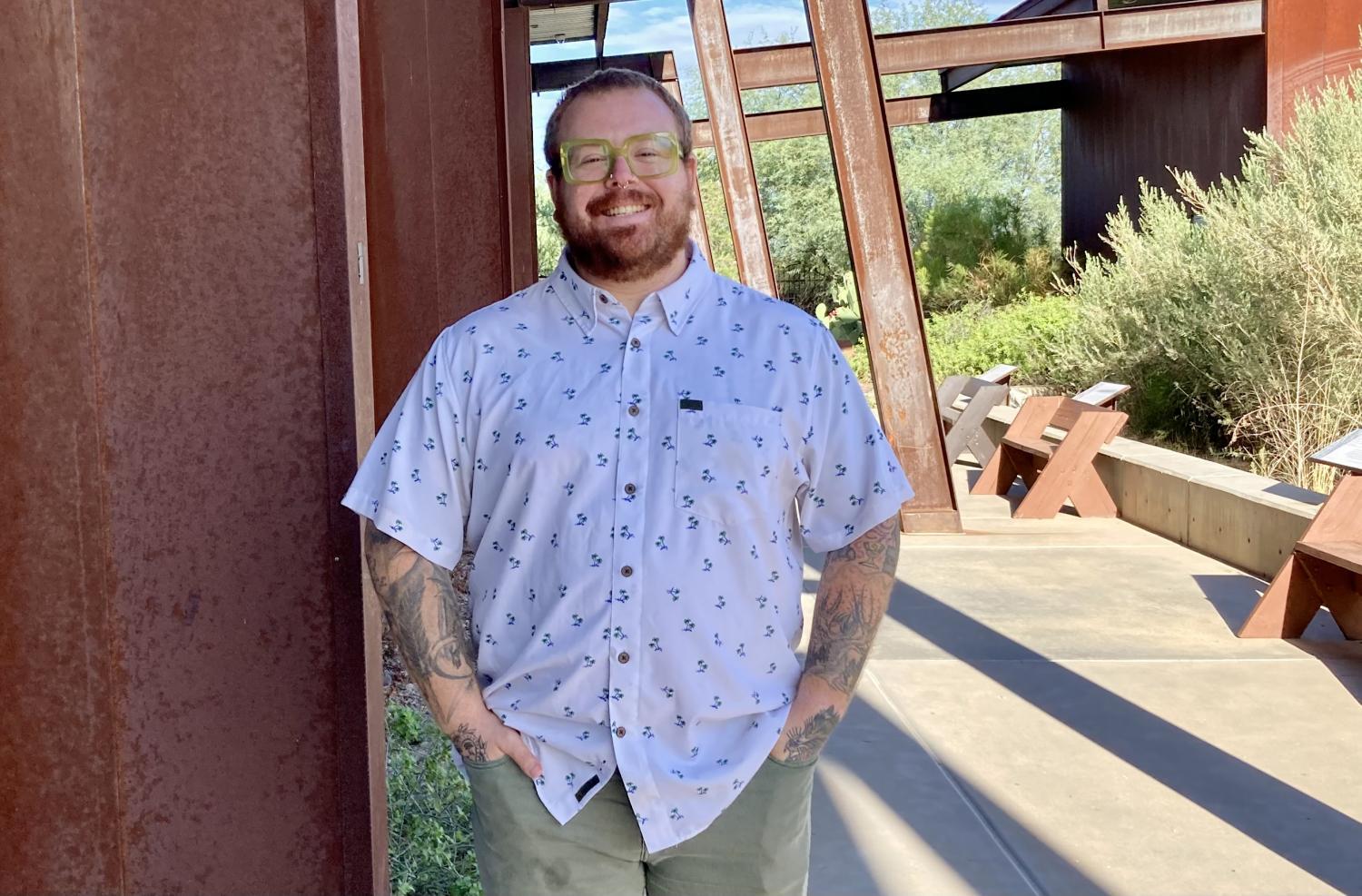 Christina Estes/KJZZ
Shortly after starting work with the National Audubon Society in Phoenix, Corey Lycopolus joined the organizing committee to form a union.

Lead organizer Chad Jessee said, "The company will match up to 5% what these workers will put into their 401(k) and because the wages are so low and the health insurance is so costly, none of them can put any money into a 401(k) to even get a match, so they have no chance of retiring with any kind of dignity," he said.

After a two-week strike in August, members returned to work for what Jessee called a "moderate" wage increase and management’s commitment to form a joint committee to address working conditions and safety issues.

"One of the goals of a union is not just to raise wages but also to share management responsibilities," Selmi said.

Waste Management of Tucson is following in the footsteps of Starbucks, Apple and the National Audubon Society by hiring the nation’s largest employer-side labor law firm to address unionization efforts.

On its website, Littler Mendelson says, "We guide companies in developing and initiating strategies that lawfully avoid unions or effectively respond to unconventional corporate campaigns. During union elections, we counsel management on precise and compliant messaging to employees. Our attorneys prepare company-focused communication plans for employees that may include informational signs and posters, home letters, meeting materials, testimonial videos, social media postings, handouts and campaign websites." 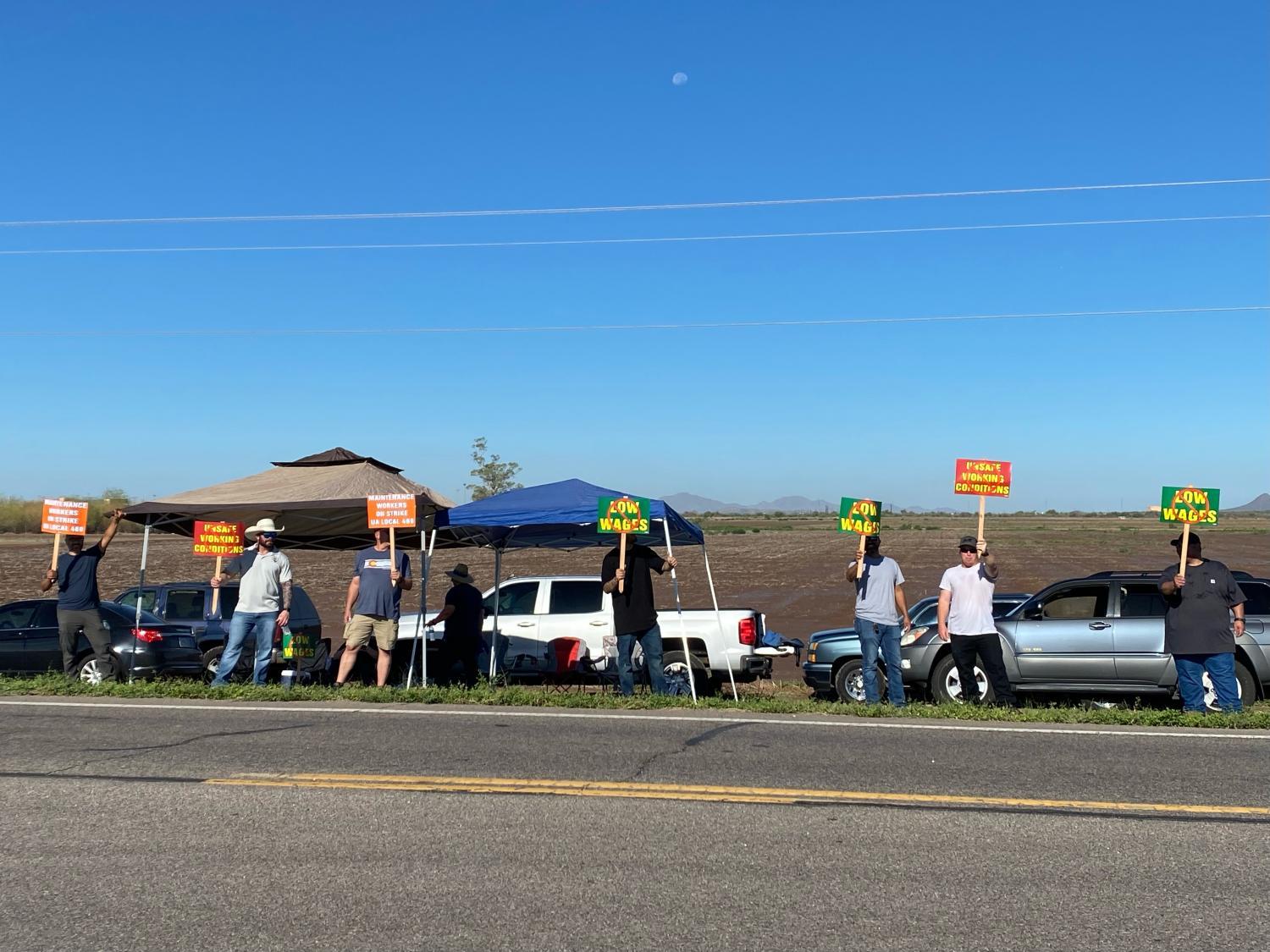 Selmi said decades ago many companies — especially automakers — didn’t mind unions, because they got productive workers and less turnover.

"One of the problems that sort of started to develop in that industry was when some of the companies moved to southern states where there weren’t unions and some of the northern — Ohio, Michigan — companies felt that they were at a competitive disadvantage because of the unionization," he said.

While salaries vary by industry, occupation and other factors, the Bureau of Labor Statistics says the median earnings of union members are $194 per week higher than non-union members. Jessee said Local 469 members' average compensation — that’s wages and benefits — is almost $60 per hour. In exchange, he said contractors building houses, hospitals and high-rises get skilled workers who’ve been trained and tested.

Over the next five to seven years, Jessee wants to double Local 469's Arizona membership to about 8,000.

"We go to job sites, we go to contractors, we talk to workers that are driving trucks at gas stations — wherever we find them — and just try to spread our information out there," he said.

Jessee's members pay $27 a month in union dues while Lycopolus has not yet started paying dues to the Communications Workers of America. The bargaining process is underway and, he said, once the majority of union members approve a contract, they will begin paying 1.3%, or $1.30 per $100 earned.

A Gallup poll last year found close to 70% of Americans support unions. But approving of unions is different from forming a union.

"It’s a lot of work and it's a lot of energy," Lycopolus said. "But it definitely pays off."

It’s a lot of work and it's a lot of energy. But it definitely pays off."
— Corey Lycopolus, Communications Workers of America

He said going through the year-long organizing process created camaraderie, "When you just get to know people, you can do your job, I feel like, better and when you have these relationships and trust each other."

That makes employees more likely to stay, he said, and develop their institutional knowledge, benefiting not only the National Audubon Society, but guests of the Rio Salado Audubon Center.