Mars Perseverance tool makes as much O2 as a modest tree 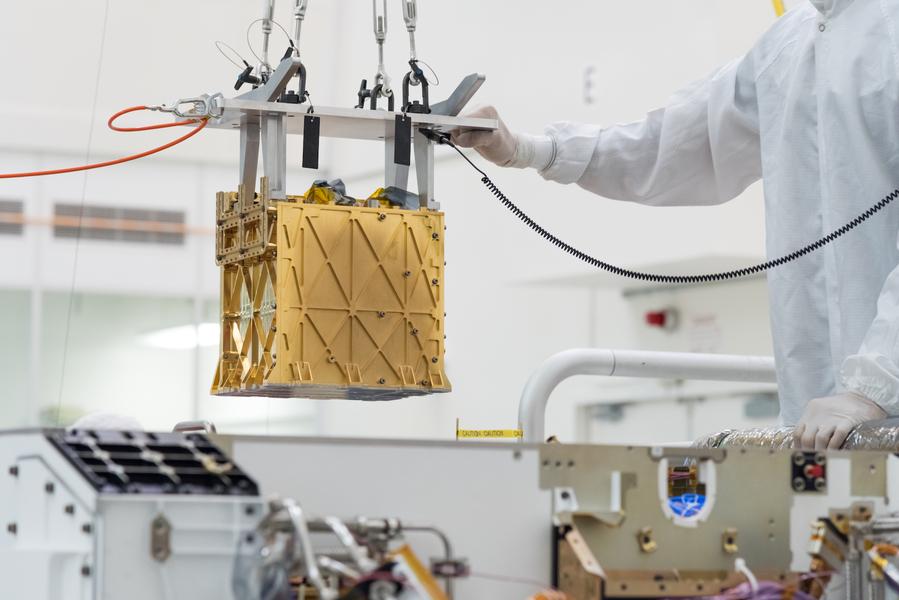 Future plans for a round-trip mission to Mars must surmount major supply hurdles, including the hundreds of tons of oxygen needed to propel the return trip.

A lunchbox-sized gadget on the Perseverance rover might provide an answer, thanks to a series of successful experiment detailed in the journal Science Advances.

“It's been really a pleasant surprise that everything has worked so well,” said co-author Peter Smith of Space Exploration Instruments in Tucson.

Each hour-long run of the Mars Oxygen In Situ Resource Utilization Experiment, known as MOXIE, pumps out as much O2 as a modest-sized tree.

MOXIE draws in Mars’s CO2-rich atmosphere through a dust-trapping HEPA filter, compresses it, heats it to almost 1,500 degrees Fahrenheit and uses electrolysis to split it into oxygen ions and carbon monoxide.

“We have what's called an electrolyte, which we apply a current across, and it pulls the oxygen atoms across the electrolyte and separates them from the carbon monoxide,” said Smith.

Smith, who is also a professor emeritus of planetary science at the University of Arizona, helped test MOXIE’s filters and the pressure changes that occur as gas moves through the instrument.

“Our instrument can get clogged up — and has, in our laboratory tests — so we have learned to avoid those conditions where we can destroy the instrument,” he said.

But the team has put MOXIE through its paces in a variety of seasons and daily conditions, in which atmospheric pressure can double and temperatures can rise more than 100 degrees.

Since arriving with Perseverance in February 2021, MOXIE has had 11 successful runs, producing 6-10 grams of oxygen each time.

The approach is a landmark example of in situ resource utilization, in which robots and crews make needed supplies like water from the environment instead of inefficiently hauling them in.

“One ton of oxygen on Mars takes maybe 10 times that to launch from Earth because of all the tanks and the rockets and the fuel,” said Smith.

The team is currently scaling up MOXIE in preparation for future crewed spaceflight to the Red Planet.

“As our laboratory develops, and as our experience on Mars guides us, I think we are ready to put the oxygen generating plant on Mars sometime in the next 20 years. So I'm really looking forward to that,” said Smith.