One hiker died and several others were rescued after running out of water and getting lost while hiking Spur Cross Trail near Cave Creek on Labor Day, officials said Monday.

A 20-year-old man was transported to the hospital where he died, according to Scottsdale Fire Captain Dave Folio.

Some other members of the hiking party had to be rescued by helicopter.

“These hikers actually did it right," Folio said. "They started early, but they ran out of water. So, when you get half way on your water we just want to remind people: Turn around, go back to the trailhead and/or call 911 if you’re having heat exhaustion or heat stroke."

He also recommended hydrating the night before a hike to help lessen the risk.

An excessive heat warning was issued for the Phoenix area during Labor Day weekend and continues through Wednesday, according to Maricopa County Public Health.

Excessive heat warnings close popular trails in Phoenix at certain times, but not other metro Phoenix locations. Extreme heat reminder signs are put at all trailheads. 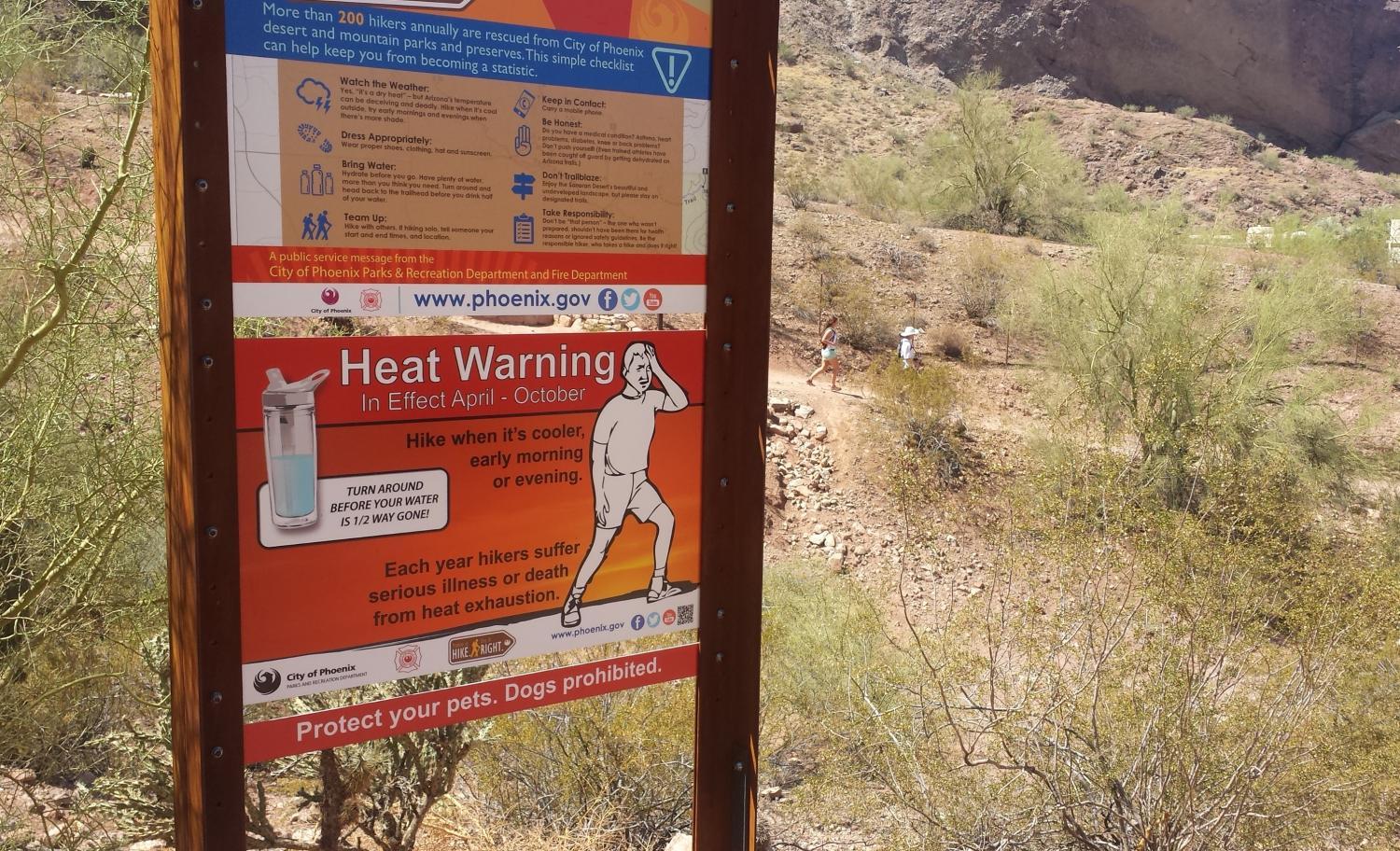 Annika Cline/KJZZ
Phoenix Parks and Recreation has signs at some trails to educate hikers about hiking safety.
Environment