After more than 2 years of pandemic, crowds again gather for Grito de Independencia in Sonora 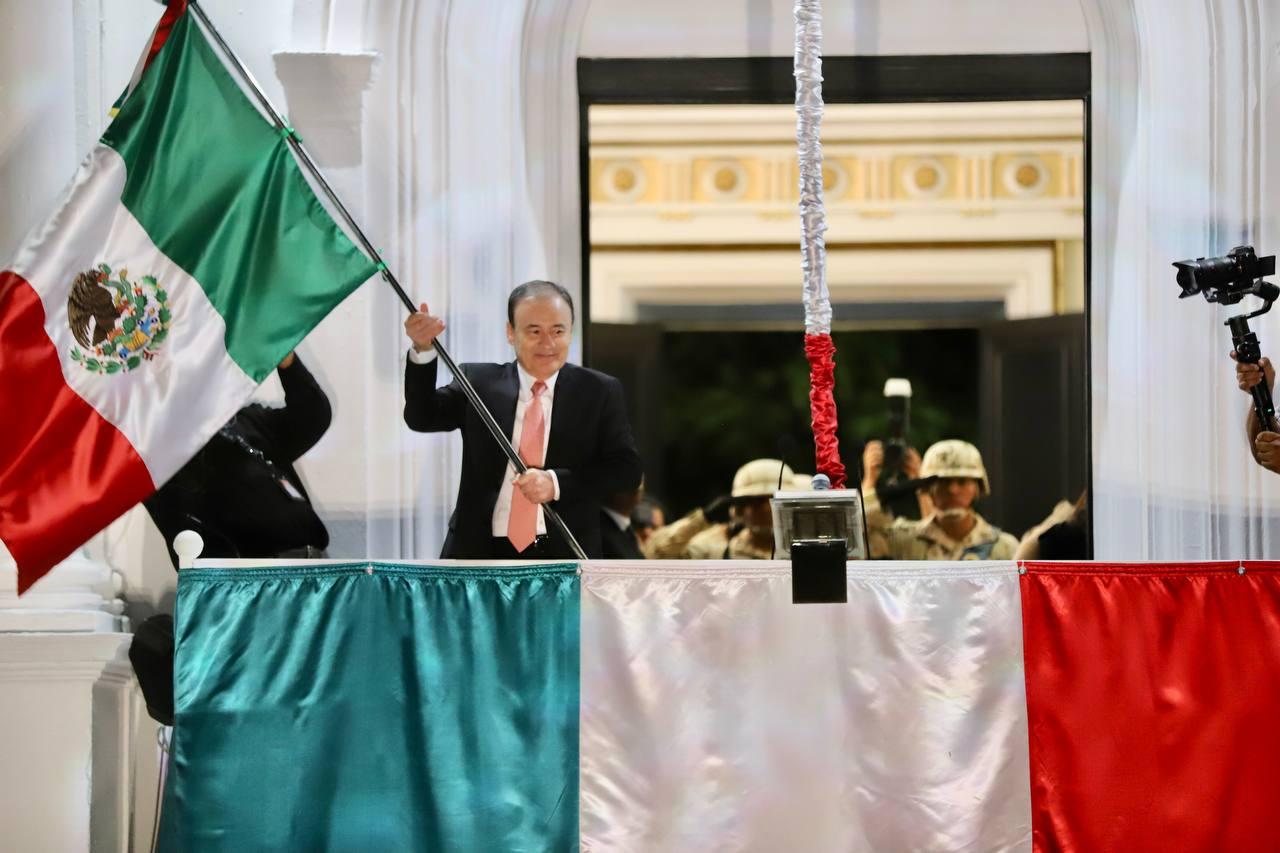 After two years of pandemic interruptions, the crowds were back for the annual independence celebration in neighboring Sonora.

With the multitudes screaming below, Sonoran Gov. Alfonso Durazo stepped out onto the state government palace balcony Thursday evening and took hold of a red, white and green bell rope, and let loose a series of loud peels.

And then came the traditional Grito de Independencia, marking the 212th anniversary of the start of Mexico’s war for independence.

“My fellow Sonorans, long live the heroes and heroines who gave us our country!” Durazo exclaimed in Spanish.

“¡Vivan!” the crowd erupted in unison.

Fireworks have traditionally been a climactic flourish during the Grito in Hermosillo, but this year drones took to the sky, spelling out Sonora and Mexico in lights, as well as drawing the state’s and country’s outlines. Authorities say it was an effort to avoid terrifying pets in surrounding neighborhoods.