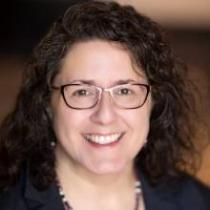 Studies show the heated rhetoric can hurt those most affected.

Like anyone else, transgender youth do best in supportive communities.

Research shows adolescents who receive ambiguous family support for their gender identity have similar mental health as those whose family rejects it.

Jenifer McGuire of the University of Minnesota studies gender development among young people. She said political speech is just one part of the negativity encountered at school or in the media.

“Anti-transgender legislation can enhance the environmental negativity that trans young people feel. They hear the commentary, and they know that it applies to them,” she said.

Those slings and arrows can do real harm to the mental health and wellbeing of transgender youth.

“When there are periods of anti-transgender legislation being discussed and covered in media, there's an increase in hate crime reports as well,” said McGuire.

Feeling unsafe or fearing mistreatment can cause trans youth to avoid socializing, sports, going to the bathroom or seeking medical care.