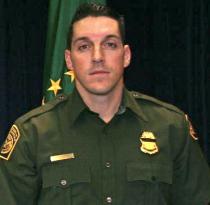 The last defendant in the murder of a U.S. Border Patrol agent in Arizona nearly 12 years ago was sentenced this week.

Jesus Favela Astorga was the seventh man prosecuted in the murder. He received a 50-year prison sentence.

Brian Terry was an elite Border Patrol agent shot and killed in Arizona’s border lands in 2010. He and his unit were patrolling for armed crews hunting marijuana smugglers when they encountered Favela Astorga and other bandits.

The murder quickly gained notoriety after one of the guns at the crime scene was tied to a federal gunwalking scheme.

Congressional investigations eventually revealed that the plan, Operation Fast and Furious, allowed Mexican gang members to secure weapons in Arizona under the eyes of federal agents.