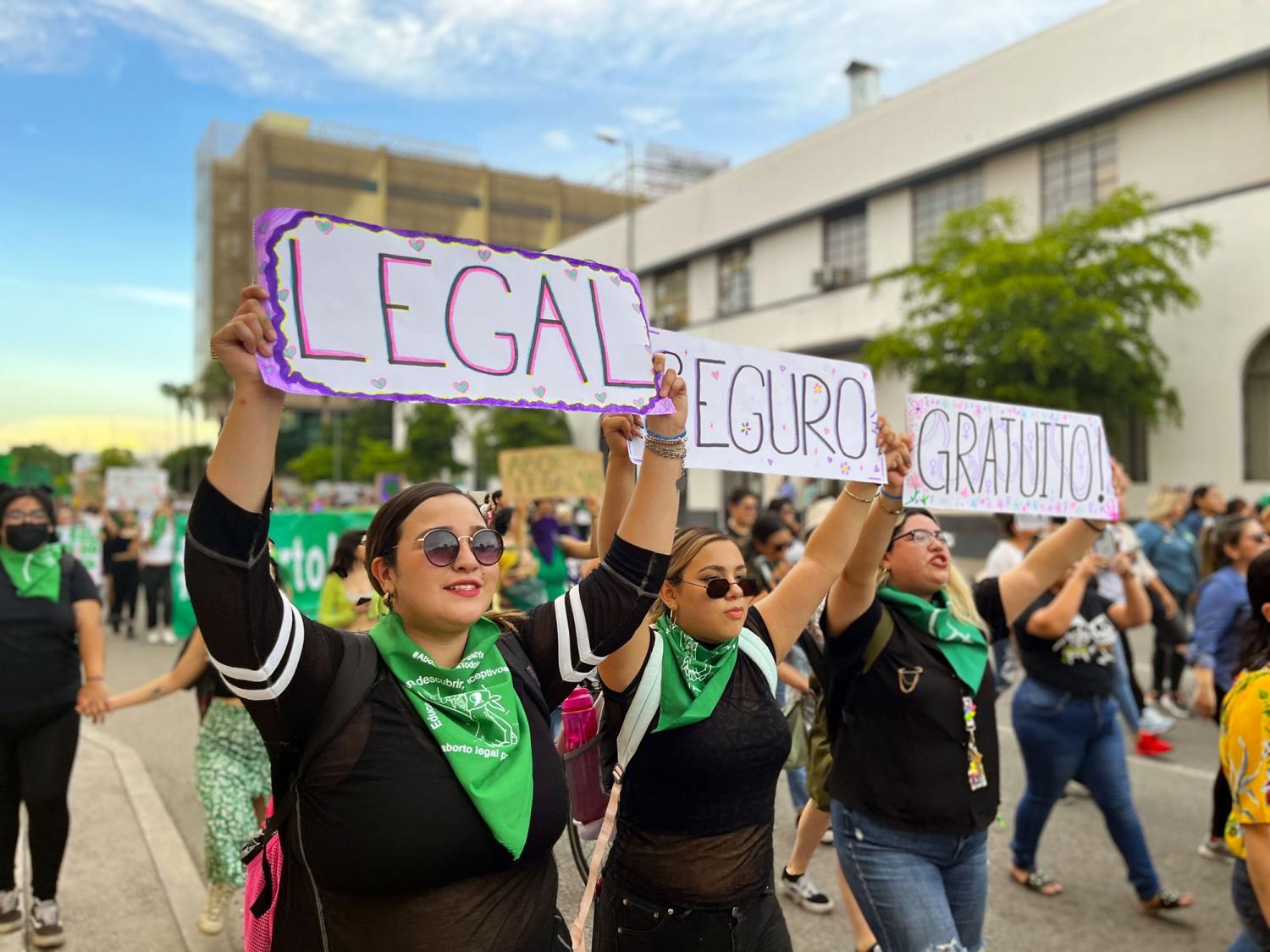 Kendal Blust/KJZZ
A group of protesters hold up signs that read, "legal," "safe," and "free," during an abortion march in Hermosillo, Sonora, on Sept. 28, 2022.

On Sept. 28, hundreds of protesters took to the streets in Hermosillo, Sonora, to recognize International Safe Abortion Day, when, for decades, people across Latin America have protested to demand abortion rights.

Women chant “we must abort this patriarchal system” as they march through the streets of Hermosillo Wednesday night. Such protests have become an annual tradition in Sonora and across Mexico, part of a growing movement to make abortion care legal across the country.

Despite a Supreme Court decision last year that said all laws criminalizing abortion are unconstitutional, Sonora is among roughly two thirds of Mexican states that still have such laws on the books.

"What the state is doing is slowing, delaying a right that has already been recognized by the Supreme Court," said Gabriela Herrera, a lawyer with the nonprofit Juridicas Feministas. 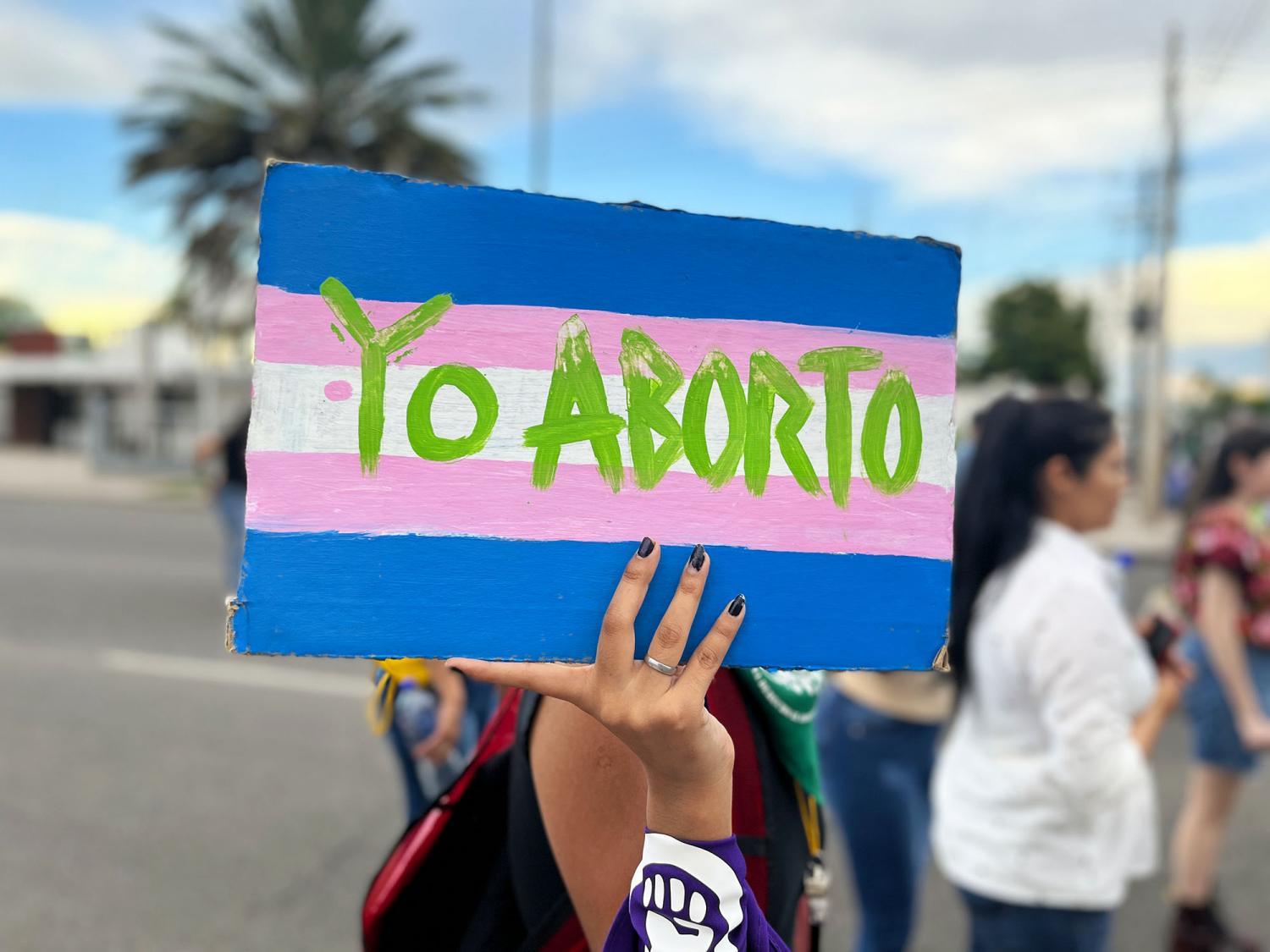 Kendal Blust/KJZZ
A protester holds us a sign that says, "I abort."

She said while they prosecute people since the ruling, states like Sonora continue to deny pregnant people access to those services by failing to updated their laws, she said. And even in states where abortion has been decriminalized, a lack of infrastructure, education for medical personnel, public information about abortion rights, as well cultural stigmas still impeding many people from exercising their right seek an abortion.

Still, Herrera and others are adamant that despite all of that, people in Mexico are having abortions every day. And that there are still safe ways to do that, particularly through these feminist collectives that offer accompaniment — in most cases, medication abortions in their own homes, or in safe collective spaces. 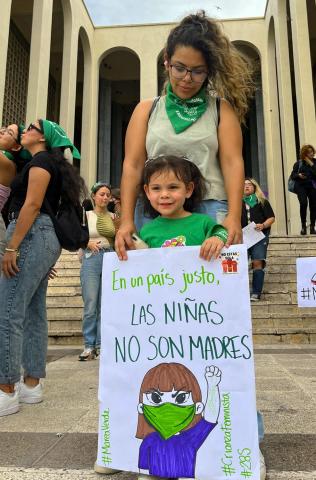 Kendal Blust/KJZZ
A mother and daughter attend an abortion march together in Hermosillo, Sonora, on Sept. 28, 2022. They hold a sign that reads "in a just country little girls aren't mothers." 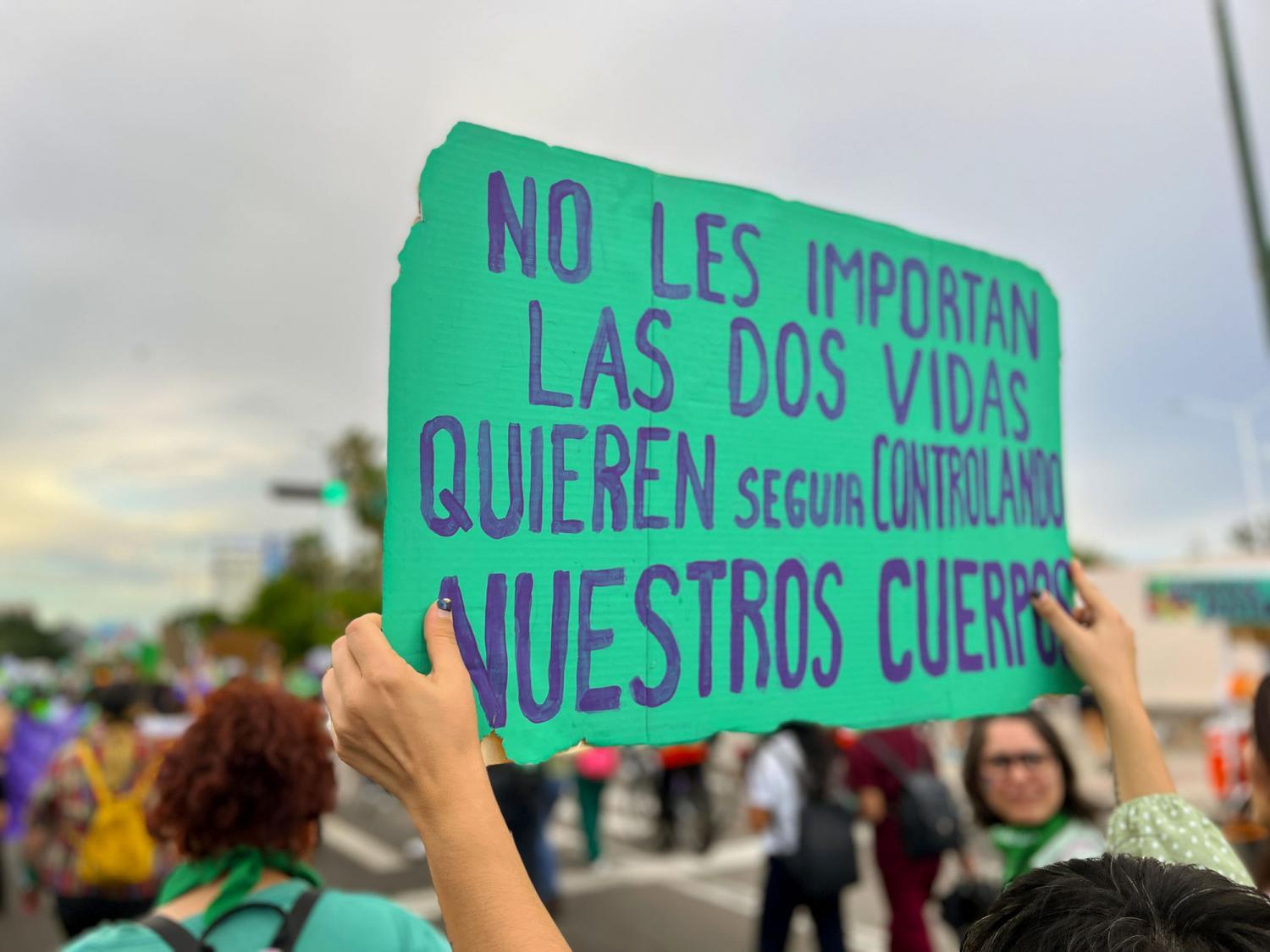 Kendal Blust/KJZZ
A protester holds up a sign that says, "They don't care about two lives, they want to continue controlling our bodies." 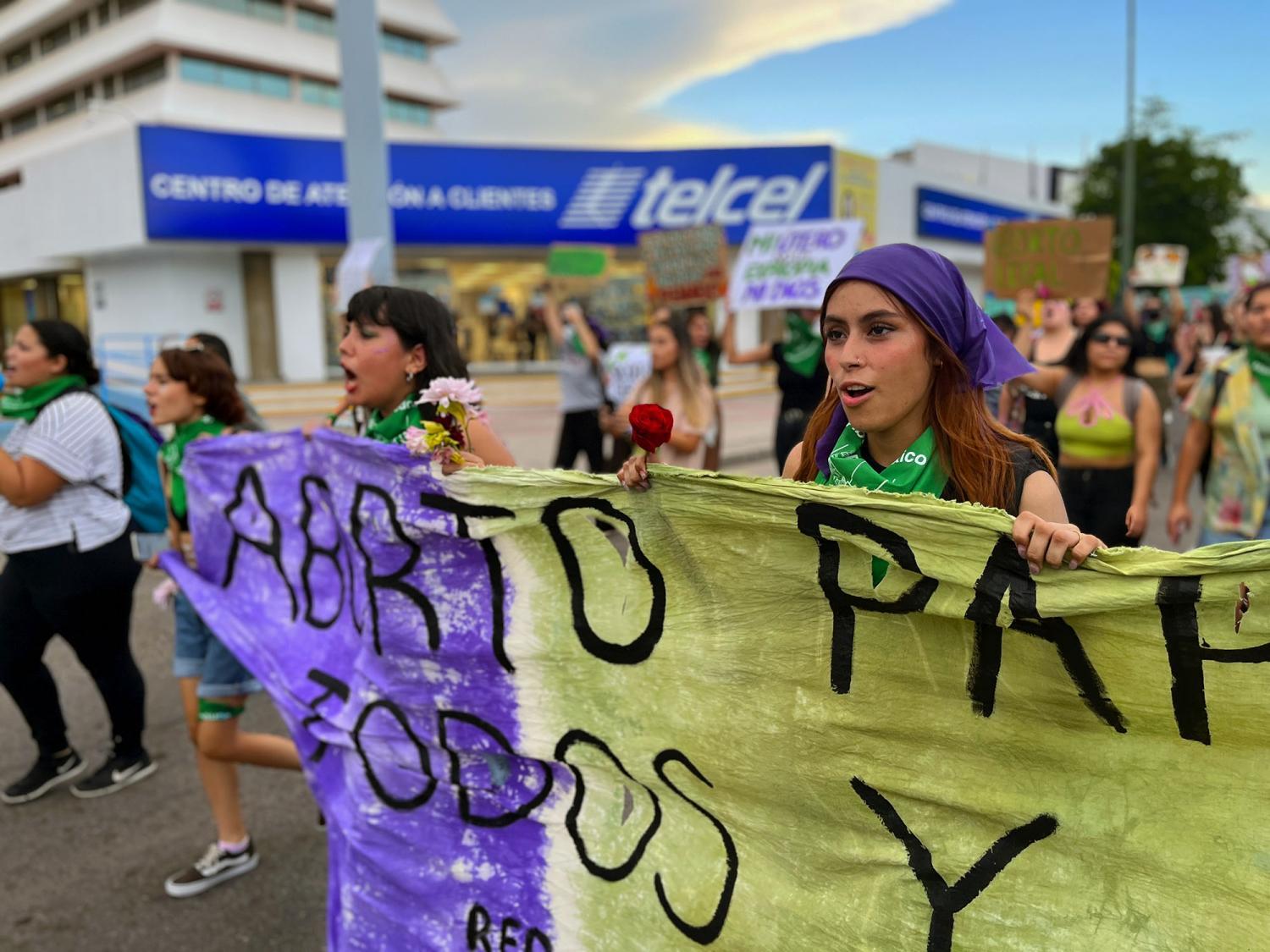 Kendal Blust/KJZZ
Protesters carry a banner as they march through the streets of Hermosillo, Sonora, demanding abortion access on Sept. 28, 2022.
Fronteras Sonora The Show Abortion Gender