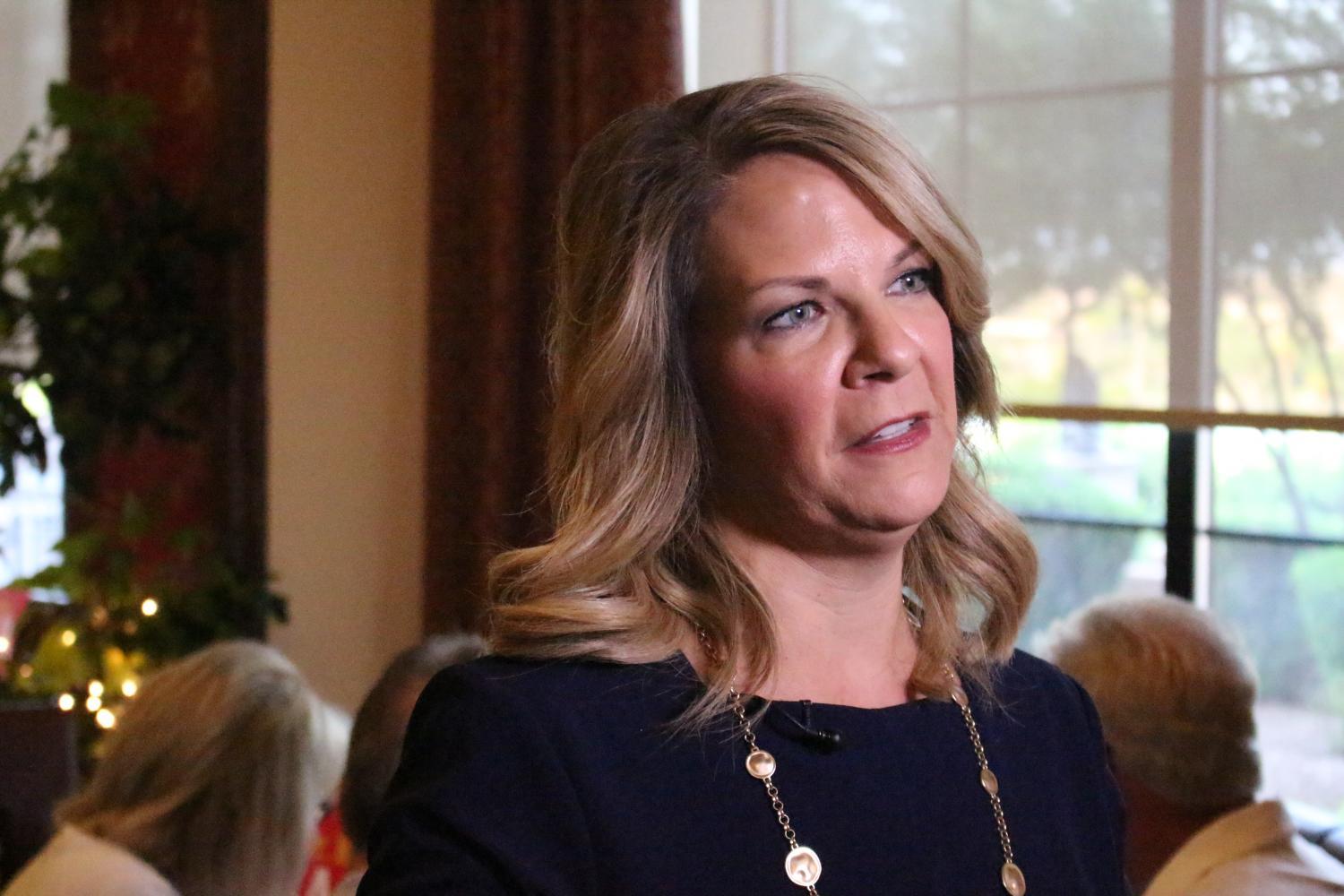 Arizona Republican Party Chair Kelli Ward refused to answer questions during a deposition of the House committee investigating the Jan. 6 insurrection at the Capitol, an attorney for the panel revealed Tuesday during a court hearing in Phoenix.

Attorney Eric Columbus told a federal judge that Ward asserted her Fifth Amendment right against self-incrimination when she complied with a subpoena from the House committee.

The detail about Ward's deposition came at a hearing where lawyers urged a federal judge to block the committee from getting her phone records while she appeals. U.S. District Judge Diane Humetewa ruled on Sept. 23 that Ward's arguments that her phone call records should be secret did not pass legal muster.

Ward attorney Laurin Mills cast the phone records fight as one with major implications for democracy, on par if not bigger than the violent insurrection that unfolded at the Capitol.

"This is the first time in American history that a select committee of the United State Congress controlled by one party has subpoenaed the records of the state chair of the rival party," Mills said.

He said the outcome will set important precedent, not just for the current case but for others that will come when Republicans ultimately control Congress.

The House Committee investigating the attack on the Capitol is seeking phone records from just before the November 2020 election to Jan. 31, 2021. That would include a period where Ward was pushing for former President Donald Trump's election defeat to be overturned and while Congress was set to certify the results.

Kelli Ward and her husband Michael Ward were presidential electors who would have voted for Trump in the Electoral College had he won Arizona. Both signed a document falsely claiming they were Arizona's true electors, despite Democrat Joe Biden's victory in the state.

Columbus said that investigators get telephone records all the time, and noted that congressional investigators can't arrest or charge anyone with a crime. And he noted Congress does not know all that is involved with Ward's action to overturn President Joe Biden's 2020 win.

"Dr. Ward was deposed by the select committee and she declined to answer on every substantive question under her rights under the Fifth Amendment," he said. "There are other aspects of her involvement that are not at this point fully understood."

The committee has talked to more than 1,000 other witnesses, including many White House aides and several of Trump's lawyers and confidants.

But Mills noted during the hearing that there is a parallel criminal investigation underway, and in the appeal her lawyers noted that she and the other 10 fake Arizona electors received grand jury subpoenas from the Department of Justice.

"All I can say is if we do this wrong, we will set a precedent that is worse than the Capitol riot," Mills said.

Mills told the judge that the 9th U.S. Circuit Court of Appeals has set a briefing schedule and could decide the case as early as January. Columbus noted that will likely be too late, since the committee dissolves on Jan. 3, when the current congressional session ends.

The Wards say the subpoena should be quashed because it violates their First Amendment rights, violates House rules and exceeds the authority of the Jan. 6 committee. Humetewa rejected each argument in turn in her earlier ruling and is considering their request to block access during appeal.

Kelli Ward is a staunch Trump ally who has aggressively promoted the false claim that the election was stolen from him. In the days after the election, she pressured Republicans on the Maricopa County Board of Supervisors to investigate unsupported claims of fraud before election results were certified, according to text messages released by the county.

A spokesperson for the. 6 committee did not immediately respond Tuesday to a request for comment.