The Great Divide: How the 2020 presidential election is shaping this year's midterms 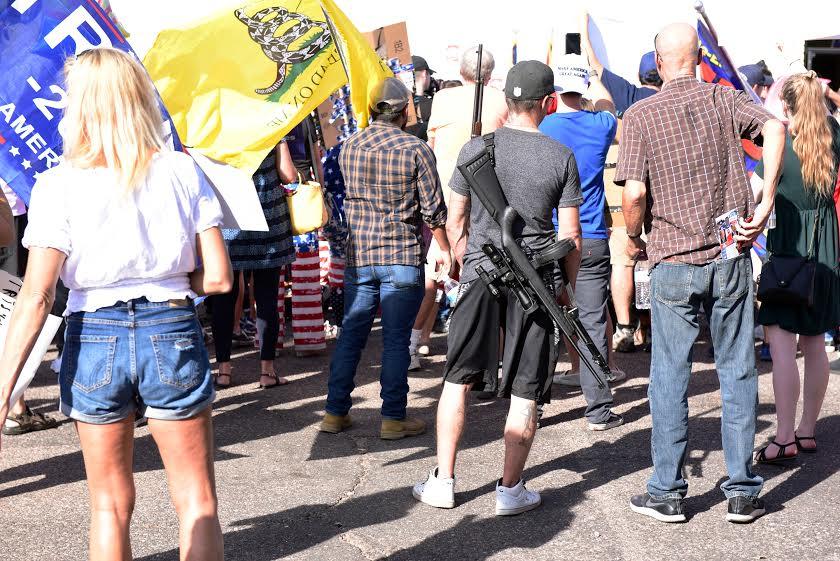 Election Day is fast approaching. Oct. 11 is your last chance to register to vote, and early ballots go in the mail Oct. 12.

For some, this election season can't end soon enough — it feels like things are getting uglier by the day.

Full disclosure: Here at The Show, we've struggled a bit with just how to cover this election season at a time when Arizona politics feel more divisive than ever — focused on personality instead of policy.

So in an effort to get to the heart of what matters to the people who live here, we're abandoning the candidates (sort of) and focusing instead on the issues.

We'll hear from experts on climate, the economy, immigration and education. We'll talk to young people about their views. And we'll dig into why the disconnect between the elected and the electorate seems to grow wider all the time. We’re calling this coverage the Great Divide.

Our coverage of the 2022 midterms begins with a conversation about elections themselves.

The issue is on the minds of many voters, as former President Donald Trump continues to say — without any evidence — that he actually won the presidential contest two years ago. A handful of Arizona candidates have taken up that argument and have said they would not have certified the 2020 election results.

State lawmakers introduced and debated a number of bills that would have altered how elections are run, ballots are counted and, in some cases, how results are determined. Officeholders who have said the 2020 election was conducted fairly and accurately have faced punishment from the GOP and death threats.

To walk us through this issue and how it’ll impact this fall’s midterms, The Show spoke with Jen Fifield, a Phoenix-based reporter at VoteBeat.org.