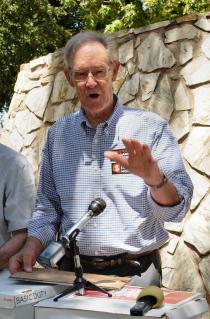 An initiative that will be on the ballot in the upcoming election aims to create transparency on campaign donations.

Proposition 211 would require identifying contributions of more than $5,000 from organizations that spend more than $50,000 on statewide campaigns.

The measure has drawn criticism from the Arizona Free Enterprise Club President Scot Mussi, who argues it could lead to people not wanting to donate because their names would be revealed.