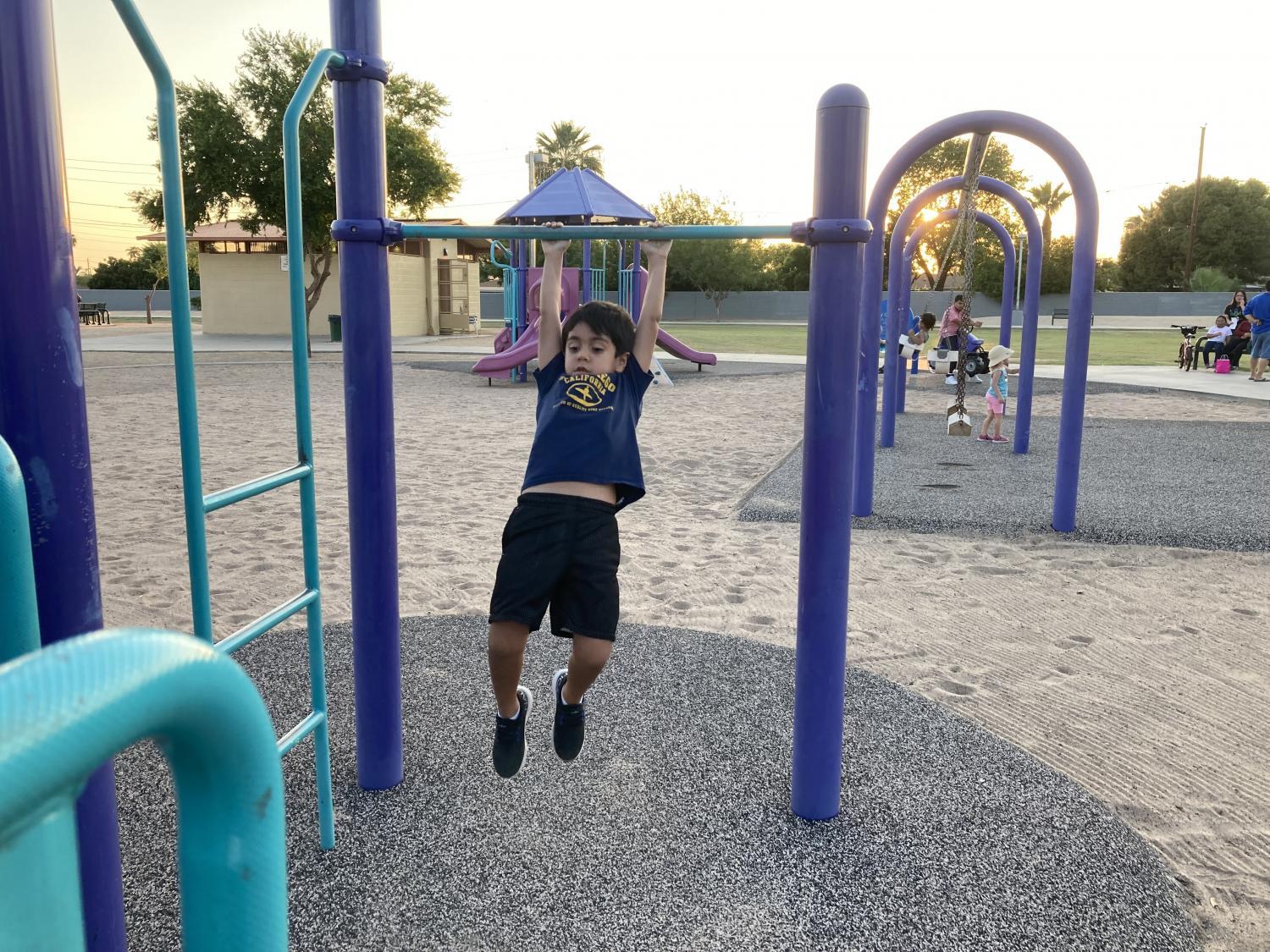 Christina Estes/KJZZ
A child playing at Homestead Park in Phoenix in 2021.

A movement is underway to expand private security officers to Phoenix city parks.

She, along with Councilwoman Ann O’Brien, Councilman Jim Waring and Councilman Sal DiCiccio, requested the City Council approve $400,000 to add unarmed security officers to 8 parks with the highest calls for trespassing and violating rules based on ranger logs between June and August. The parks are: Cortez, Washington, Pierce, Cielito, El Oso, Perry, Desert West and Maryvale.

Stark said she often hears residents complain about public drug use. Last week, she said, officers patrolling Cortez Park were flagged down by people reporting a possible body in the lake at Cortez Park. The department's dive team recovered the body of an adult male with no obvious signs of trauma.

Stark compared private security at parks to security at shopping centers. “It’s important to note the security is not armed,” she said. "So they’re just there as a visual presence to let people know we’re here, we’re patrolling, we’re making sure everyone’s safe.”

She said the city has been using private security at three downtown parks — Civic Space, Margaret T. Hance and Heritage Square Parks —  for at least a couple years with no problems or pushback. But after some council members questioned the idea, the issue was tabled until next month.

“If various council districts don’t want to have the security, I’ll be happy to take it,” Stark said. “I can list a number of parks in need of security.”

Phoenix has many openings for police officers and park rangers, who provide daily education and enforce park rules and city ordinances. Rangers work with police and behavioral health specialists as part of the city’s efforts to offer services to people who are unhoused.

“I know people are concerned that we may be criminalizing people experiencing homelessness. This is not about that, it’s not about that, and I’m sorry if people think that,” Stark said. “This is really making sure people feel secure when they go to their park.”

The city has 185 urban parks, which do not include numerous parks in mountain preserves.