The Great Divide: Lobbyist says 'Arizona has outgrown its government' 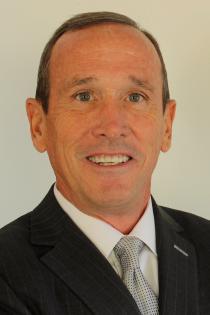 Early ballots are hitting mailboxes around the state in advance of the 2022 general election. And the conventional wisdom is that with Election Day less than a month away, an already contentious season will be downright vicious by November.

We at The Show have struggled a bit with just how to cover this election season at a time when Arizona politics feel more divisive than ever. So in an effort to get to the heart of what matters to the people who live here, we're switching things up a bit.

Instead of focusing on candidates, we’re taking a closer look at issues. In the coming days and weeks, we'll hear from experts on climate, the economy, immigration and education. We're talking to young people about their views. And we're digging into why the disconnect between the elected and the electorate seems to grow wider all the time. We’re calling this coverage the Great Divide.

Today, the conversation turns to the Arizona Legislature. There have been efforts over the years to change the way business is done at the state Capitol, from term limits to an independent redistricting commission and more. But Kevin DeMenna says those changes haven’t really done much to improve the process.

DeMenna with DeMenna Public Affairs has lobbied at the Capitol for decades, and when The Show spoke with him, he was asked how he would characterize some of the attempts that’ve been made to "reform’" the way the Arizona Legislature works.