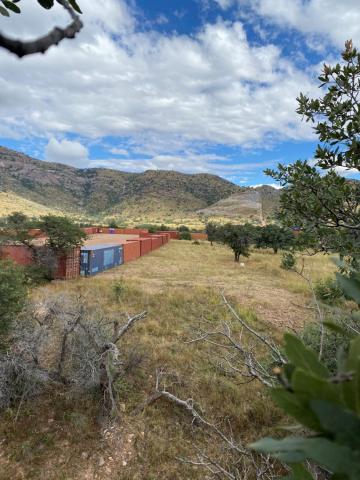 Center for Biological Diversity
Shipping containers on the Arizona-Mexico border in the Coronado National Forest.

Gov. Doug Ducey’s decision to fill gaps in the border wall near Yuma has met with resistance from the Bureau of Reclamation and the Cocopah Tribe.

But the state may be planning to put shipping containers on a different stretch.

The Center for Biological Diversity says it appears the state is getting ready to place additional containers on the border, this time in Coronado National Forest east of Nogales.

The group has filed a notice of intent to sue if the containers are not removed. The area is a migration corridor for several endangered species.

Robin Silver, a spokesman for the center, said he’s concerned the containers will stop the animals but will do nothing to discourage people from crossing the border.

“You know, know, this particular area is a critically important movement corridor for jaguars and ocelots. In fact, in Arizona, it's the only one that’s left,” Silver said.

The state has 60 days to respond before the suit can move forward.