After deportation to Sonora, Venezuelans find themselves in tight spot in Hermosillo 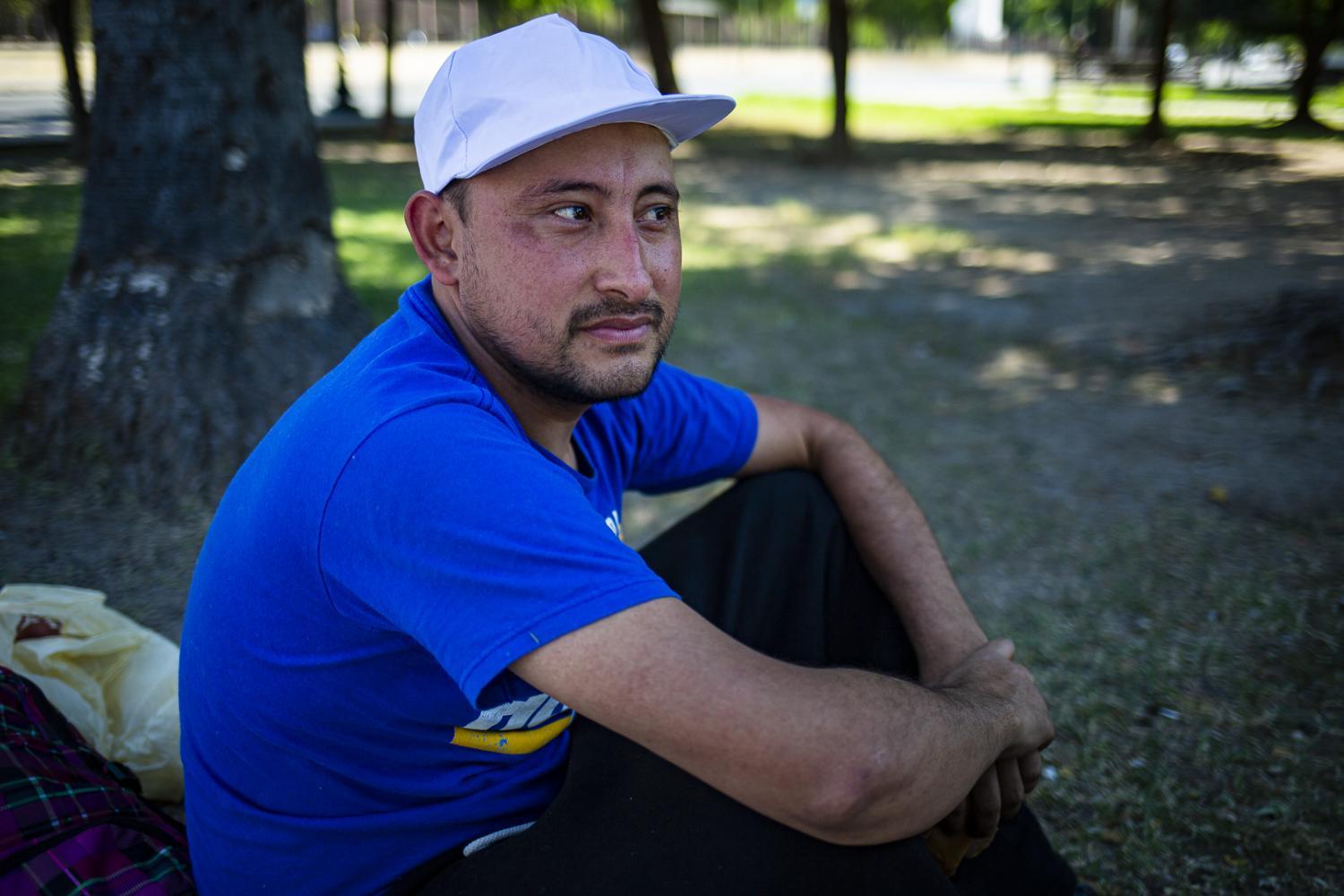 Murphy Woodhouse/KJZZ
Venezuelan asylum seeker Edixson Sandoval was returned to Mexico through Nogales, and given just seven days to leave Mexico by federal immigration authorities when he arrived in Hermosillo.

After a recent policy change, the United States has been returning many Venezuelan asylum seekers to Mexico.

Edixon Sandoval crossed into the United States in El Paso earlier this month to ask for asylum, as thousands of other Venezuelans have been doing in recent months. But thanks to a new Department of Homeland Security policy for Venezuelan nationals, he was returned to Mexico through Nogales last Sunday, and then bused to Hermosillo. There, Mexican immigration authorities gave him just seven days to leave the country at its southern border by his own means.

Without any money, he said it’s very difficult to think about what comes next.

“It’s day by day,” he said in a downtown park, where he and several Venezuelan friends were hiding in the shade from the hot midday sun. “I’m selling candy to feed myself.”

With the Sunday deadline fast approaching, he and other Venezuelans have tried to ask local immigration authorities to extend their stay, but have so far been rebuffed.

He shot a video in front of the Mexican Migration Institute’s Hermosillo office Friday, to document his and his compatriots’ exasperation as the window closed on getting their situation resolved before the weekend.

“We’re desperate,” he said at the end of the video. “Nobody is giving us an explanation of anything.”