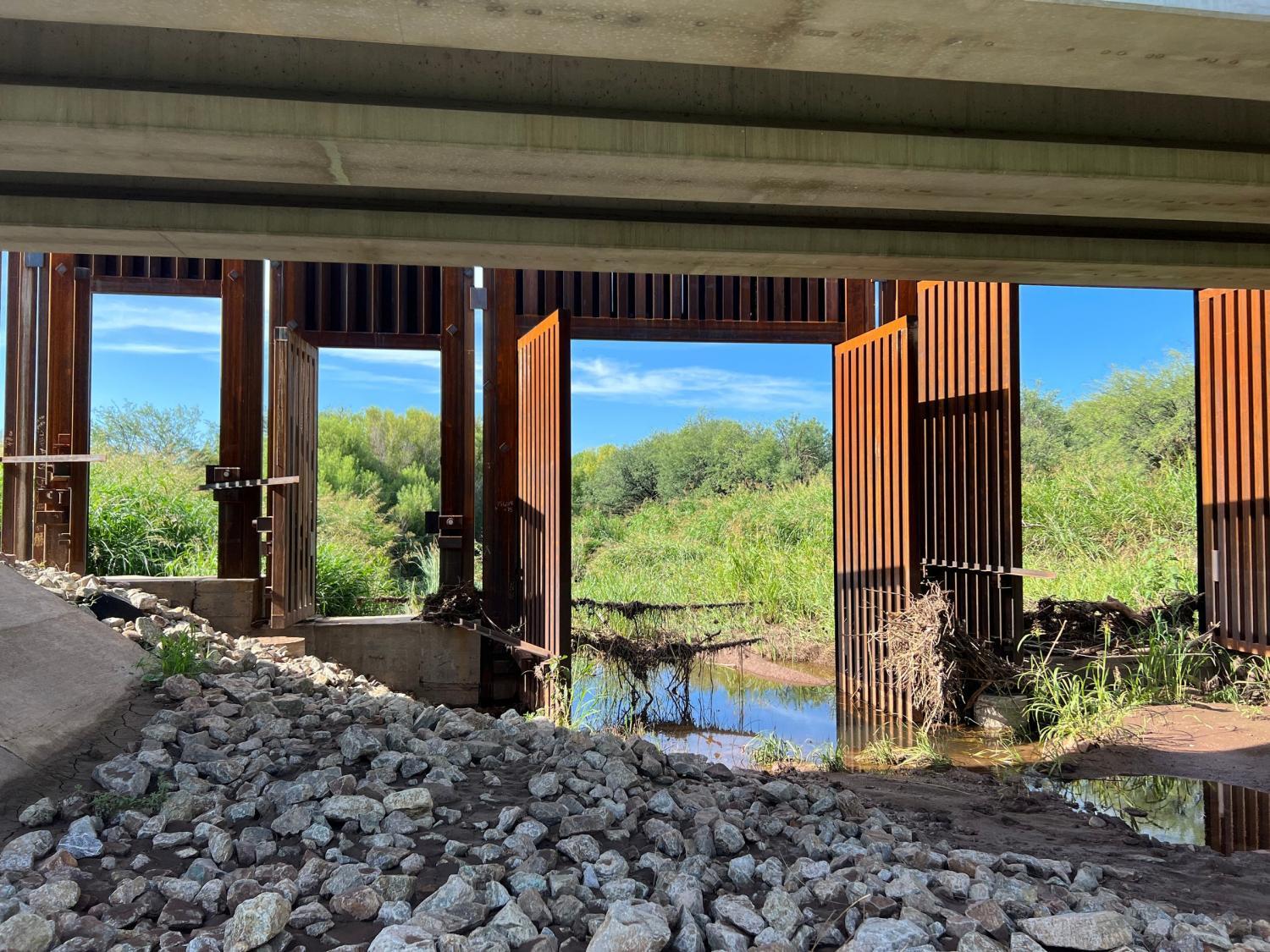 Sky Island Alliance
After the monsoon, gates along creeks and rivers close, ending wildlife migration on these routes.

The active summer monsoon was good for Arizona’s streams and other water sources.

But the end of the rainy season could present problems for wildlife in the southern part of the state.

The Trump administration’s partially built wall along the border has created an impediment for things that need to pass through.

That includes debris in rivers and other drainages during the monsoon, and also migrating wildlife.

So some portions have gates, which can be opened during the monsoon. Once the season has ended, however, the gates are shut, and wildlife migration becomes more difficult, says Emily Burns, of the Sky Island Alliance.

“The problem with the gates being closed during the dry season is that is the period of time when animals may be most likely to be on the move across the landscape trying to find water,” Burns said.

The wall can be particularly difficult for large animals, such as mule deer bucks with large racks, to pass through.