Arizona is suing to keep shipping containers at the border. Here are the legal arguments 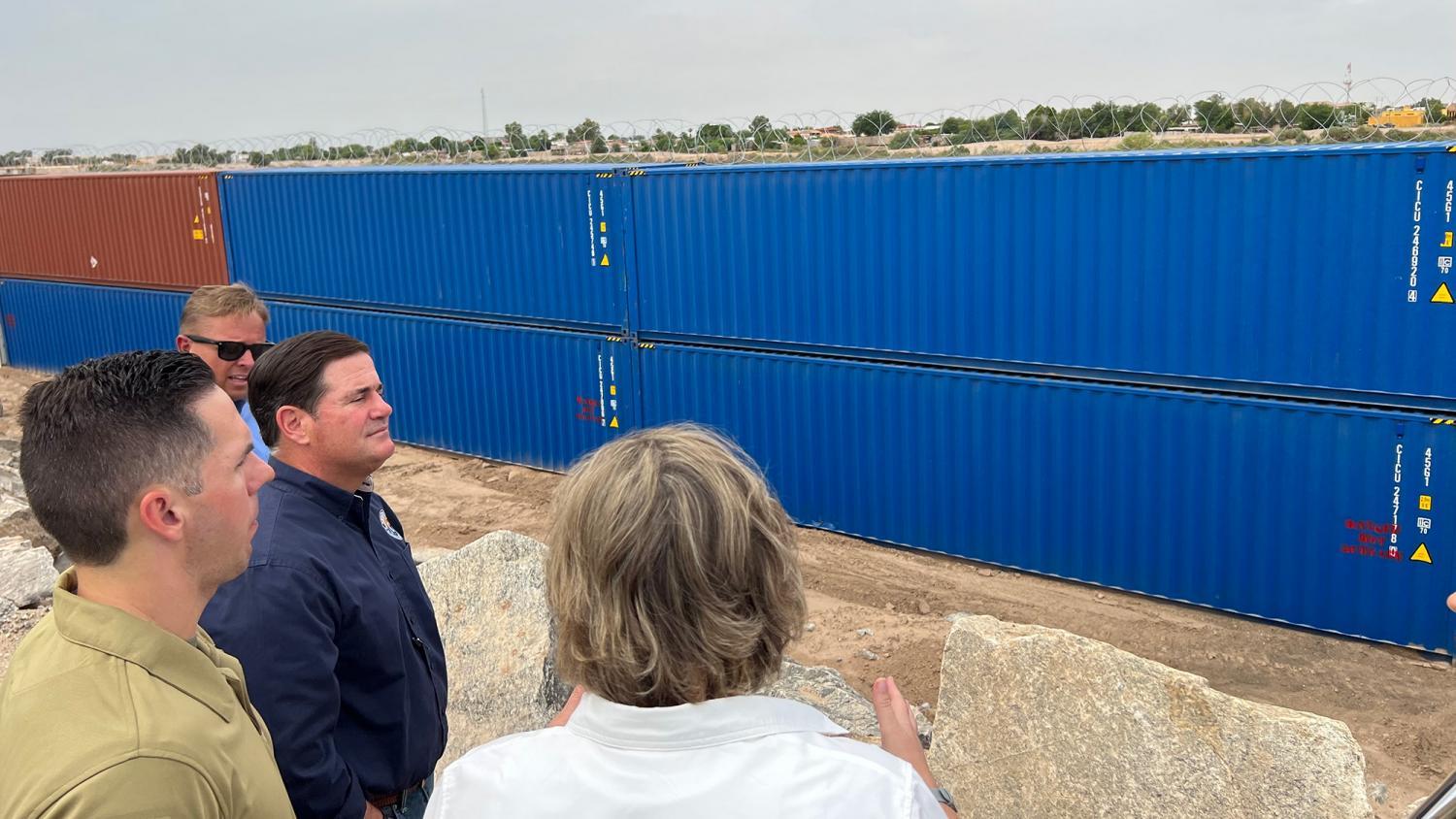 The state of Arizona has sued the federal government to be able to keep more than 100 double-stacked shipping containers that Republican Gov. Doug Ducey had placed to fill in gaps along the U.S.-Mexico border near the southwestern desert community of Yuma.

The lawsuit filed in federal court in Arizona on Friday asks that the state be allowed to take the unilateral action it believes necessary to defend its residents from migrants illegally crossing the border. The suit is reaching far back in history to argue the land shouldn’t be federal and invoking the "invasion" theory made popular in right-wing politics.

Ducey complains the U.S. government is not doing enough to stop migrants from coming to Arizona, forcing the state to take action. The shipping containers went up in August.

The U.S. Bureau of Reclamation last week sent a letter telling Arizona to take down the containers, saying they are unauthorized and violate U.S. law. Arizona refused.

The Cocopah Indian Tribe in southwestern Arizona also complained that some of the containers were placed on its reservation without permission.

The Bureau of Reclamation also demanded that no new containers be placed, saying it hoped to prevent conflicts with federal construction contracts to fill the gaps in the wall near the Morelos Dam in the Yuma, Arizona, area.

Migrants have continued to avoid the recently erected barriers by going around them, including through the Cocopah reservation.

The state began installing more containers along a 10-mile stretch of federal land just west of the Coronado National Monument this week.

The Show spoke about the arguments and legal precedent at hand with Angela Banks, Arizona State University law professor and immigration law expert.