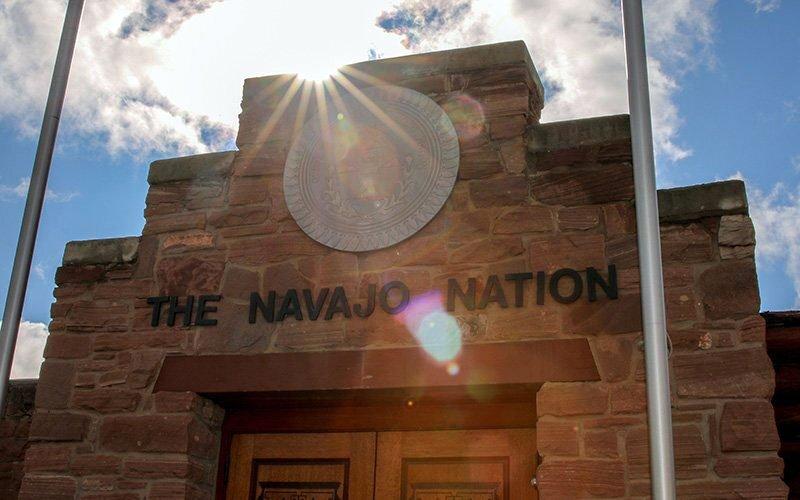 Buu Nygren entered the Navajo presidential race with a platform echoed by generations of candidates: deliver basic needs on the vast reservation where most roads are unpaved and thousands of families don't have running water or electricity.

His expectation that Navajos hold him accountable on those promises resonated with voters who elected him to the tribe's top post Tuesday. Nygren ousted incumbent President Jonathan Nez, who guided the tribe during a pandemic and signed off on a plan for much-needed infrastructure using federal virus relief funding.

Nygren's win, along with his running mate Richelle Montoya, also means the Navajo Nation will have a woman in the Office of the President and Vice President for the first time. Navajo voters twice advanced Lynda Lovejoy to the general election for the presidency, but she lost both times.

The position wields influence nationally because of the tribe's hefty population and its 27,000 square-mile (70,000 square-kilometer) reservation that stretches into Arizona, New Mexico and Utah and is the largest in the U.S. The tribe's population of 400,000 is second only to the Cherokee Nation of Oklahoma.

Nygren kept his focus decidedly local after hearing from Navajos who are frustrated at the pace of tribal government and perplexed at why the economy largely has been stagnant. He acknowledged the hard work that lies ahead.

“I’ve said it time and time again, that we want to do the things that are tough,” he said to a rowdy crowd gathered Tuesday night in the tribal capital of Window Rock.

Unofficial results showed Nygren outpaced Nez by nearly 3,500 votes with all 110 precincts reporting. Turnout among the more than 123,000 registered voters was about 53% — low for a typical tribal presidential election.

Nygren, 35, positioned himself as the candidate for change and as someone who could get the ball rolling on long-awaited projects. He has a background in construction management and was a vice presidential candidate in 2018 but has never held political office. He is married to Arizona state Rep. Jasmine Blackwater-Nygren, who did not seek reelection.

Both Nez and Nygren are fluent in Navajo but were markedly different in tone and style. Nez preferred suits and often spoke calmly and measured. Nygren had a flair for rising and falling speech, wore his hair tied in a traditional bun and dressed in more casual clothing.

Nygren pledged to work more closely with the Navajo Nation Council that often is seen as more powerful than the tribal presidency.

The new 24-member council will have a record nine women. Three current council delegates did not seek reelection. Thirteen delegates either lost in the primary or were beat in the general election, meaning there will be many fresh faces.

Nez ascended into the presidency after more than two decades in elected positions in Navajo County and tribal government. He chose Chad Abeyta, a lawyer and veteran as his running mate.

Nez said he spoke to Nygren on Wednesday and congratulated him.

Nez had outlined his administration's work to ensure tribes received a share of federal virus relief funding, including $1 billion that Navajo leaders set aside for infrastructure projects.

The coronavirus pandemic highlighted inequities in basic services and thrust the Navajo Nation into the spotlight when it had one of the highest infection rates in the U.S.

“We pray that the next administration respects the will of our current leaders by fulfilling these projects for the people,” Nez said in a statement.

The tribe has long relied on revenue from the coal industry to fund its government, but those revenues have been declining as coal-fired plants and mines shut down. While the Navajo Nation owns a stake in one coal plant and some coal mines, it’s working to develop renewable energy sources.

Tourism also helps fuel the Navajo economy. Towering rock formations in Shiprock, Monument Valley and Canyon de Chelly are international draws for tourists, as is the story of the famed Navajo Code Talkers who developed a World War II code that the Japanese never cracked.