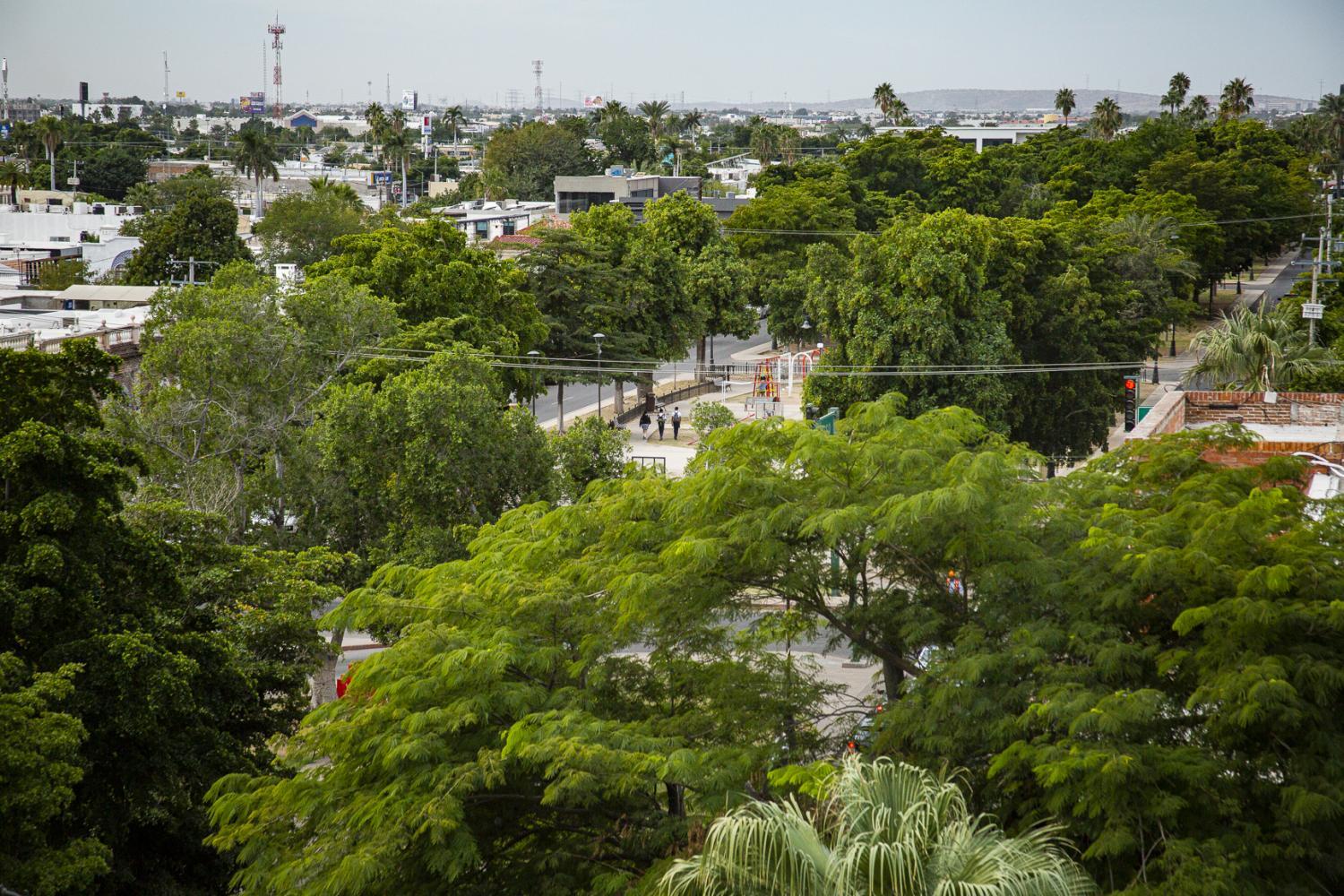 Murphy Woodhouse/KJZZ
Boulevard Hidalgo is divided by a tree-lined path and runs past Hermosillo's main plaza and important government buildings.

Central Hermosillo has seen a great deal of development in recent years. Now there’s an effort to bring a little order to that growth, and make it more inviting for all residents and would-be visitors.

It’s rare for a month to go by along Boulevard Hidalgo in central Hermosillo without a new restaurant or shop opening up. With a broad, tree-lined walkway dividing the road that passes by the main plaza, it has become a cultural and dining hotspot. But with the rapid development has come some conflict. Backed by businesses and civil society groups, the recently launched Downtown Hermosillo project is hoping to promote more inclusive, sustainable development.

“Downtown is a very important place that defines a city,” said Marcela Orozco, an architect involved with the effort.

Initially, Downtown Hermosillo will focus on three things: working on parking solutions that avoid cutting down trees or degrading the public space; addressing noise concerns in the surrounding neighborhoods; and regularly turning a mile-long stretch of road into a cars-free corridor for pedestrians and cyclists.

“If you ask me where are we heading to in five years,” said economist Guillermo Valencia, who is also involved. “A world class artistic, entertainment, cultural corridor here in Hermosillo.”

If successful, backers say it could also serve as a model for other parts of the city.