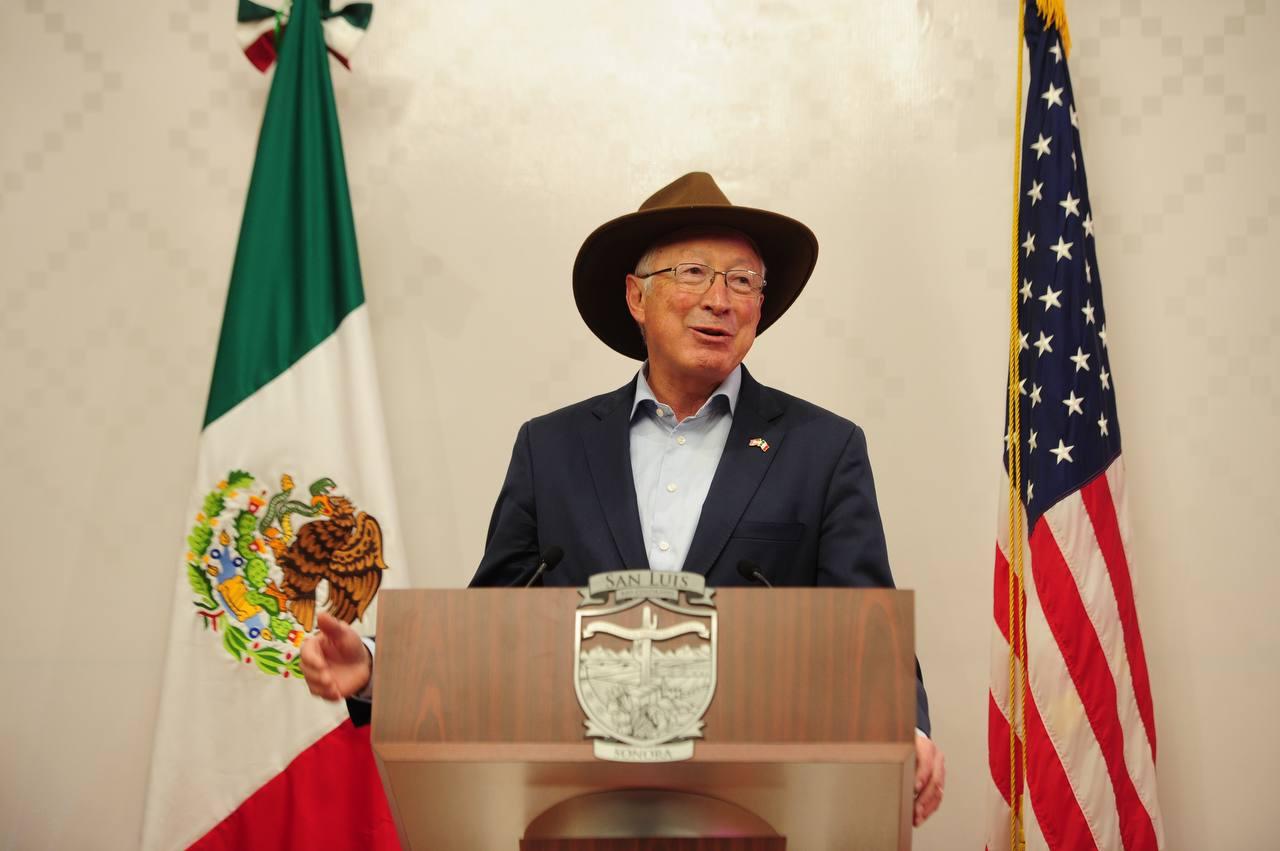 During a visit to the border in Sonora, the U.S. ambassador to Mexico touted binational cooperation, and the importance of Arizona and Sonora to that cross-border relationship.

He said Arizona and Sonora are finding ways to work together like they never have before.

His visit included stops in San Luis Rio Colorado, where he discussed Sonora’s planned port modernization projects; a flyover tour of a massive solar plant under construction in Puerto Penasco; and a meeting with officials in Ambos Nogales. They discussed relocating the binational railroad crossing — a pet project of Gov. Alfonso Durazo, who has repeatedly emphasized the danger and inconvenience of its current route through the towns.

Salazar has also met with leaders in Phoenix and Tucson this week.

The visits comes ahead of the 200 year anniversary of diplomatic relations between the United States and Mexico, which were established on Dec. 12, 1822.

Met with #Sonora government officials of @AlfonsoDurazo, @SEDENAmx, @SRE_mx, @ArizonaDOT, @CBP, and San Luis representatives in #SLRC to advance a vision to modernize our cross-border infrastructure for a secure, and efficient border. Coordinated investments for #SharedProsperity https://t.co/q48XZaqxix