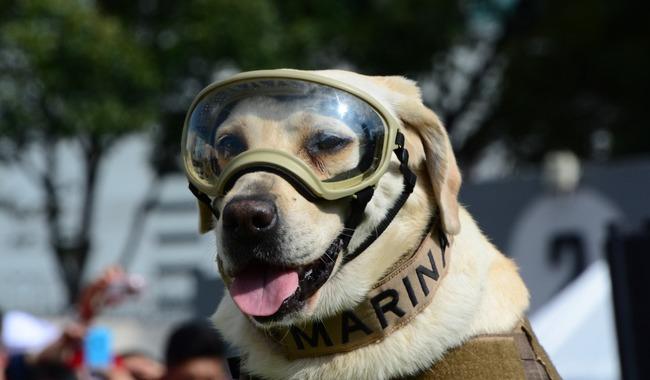 A search and rescue dog who gained fame in Mexico after a major earthquake in 2017 has died. The yellow Labrador Retriever became a national symbol of hope.

Honey-colored lab Frida died this week of natural causes at the age of 13.

A video tribute released on Twitter thanks Frida for her courage and loyalty.

She became a national icon after the Sept. 19, 2017, earthquake that killed more than 350 people in and around Mexico City. Images of Frida wearing custom-made goggles and booties went viral. Earlier this year, the Navy unveiled a sculpture honoring her.

Frida started training as a search and rescue dog as a puppy in 2009, and located more than 55 people during her decade-long career, including 14 who were still alive, according to a press release about her passing. Her service included international rescue missions after a 2010 earthquake in Haiti and a 2017 landslide in Ecuador.