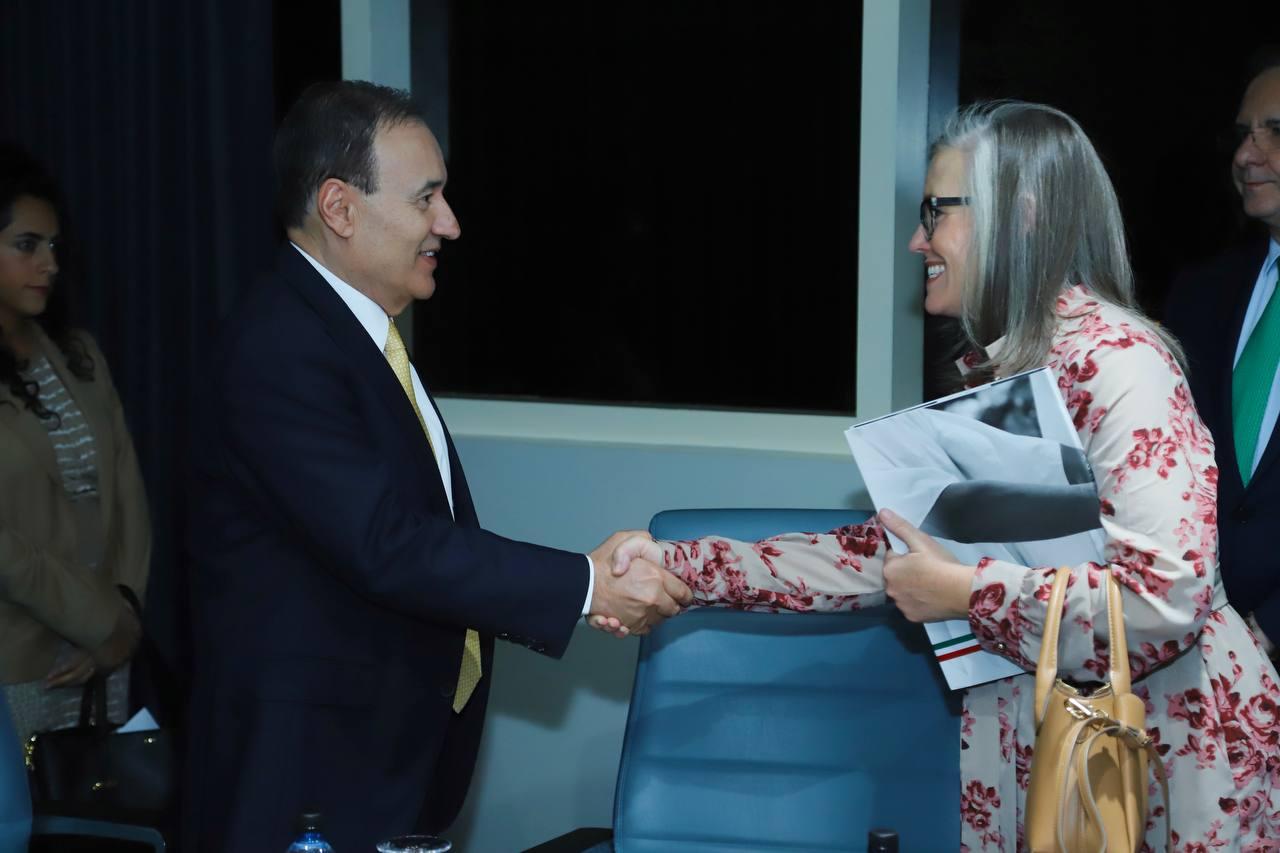 Sonora’s governor made the rounds in Phoenix this week.

During his trip, Gov. Alfonso Durazo met with Arizona Gov.-elect Katie Hobbs and congratulated her on her recent electoral victory.

He also shared with her ambitions he has regarding clean energy development in Sonora, and road and rail connections between the two states, as well as proposing a future meeting between the governors of eight Mexican and U.S. border states.

Durazo also participated in a signing ceremony for a memorandum of understanding between the Mexican Embassy and Arizona State University regarding collaborations with Mexican universities on semiconductors and other industrial technologies.