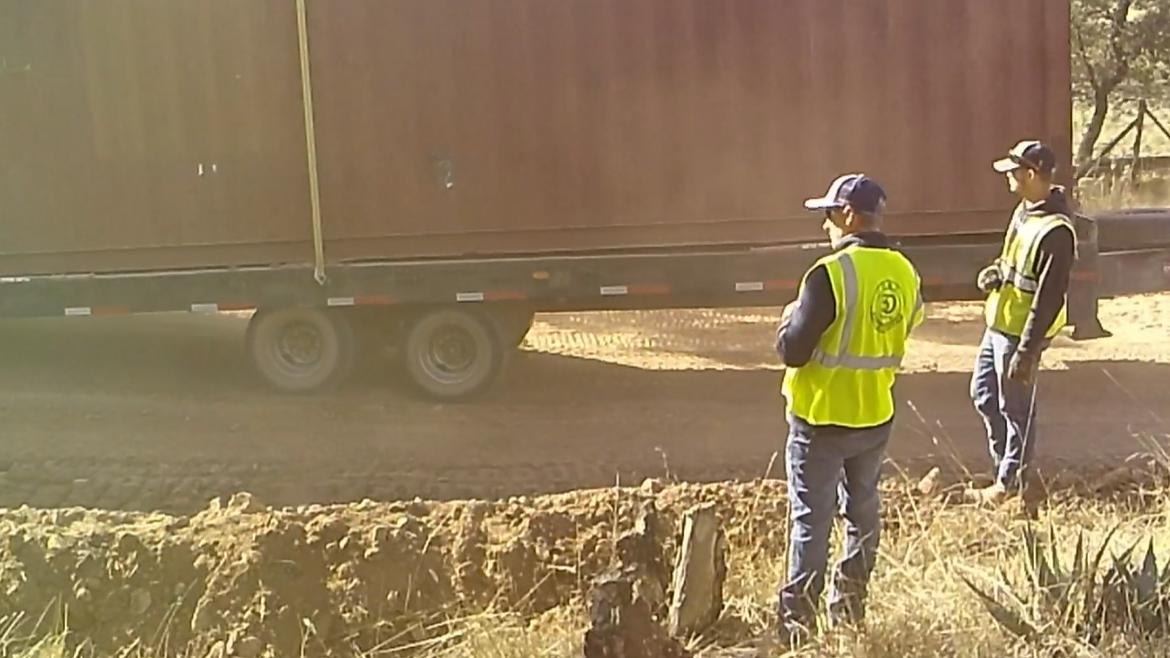 Environmental groups are watching closely to see how Arizona’s next governor, Katie Hobbs, will handle a makeshift wall of shipping containers the state is putting up along the border.

"The containers now have been spread out almost three miles, from just west of Montezuma’s Pass where the Arizona Trail begins at the Mexico border. So they’ve made a tremendous amount of progress," she said.

The project is costing the state around $95 million and is slated to use some 3,000 containers to cover 10 miles of federal wilderness land.

Burns estimates some 700 containers have been placed and stacked so far, including some on steeper terrain where they can't lay flat. She says any space between the containers is being welded shut, too, so animals are not able to get through.

Burns says wildlife cameras she and other researchers set up there have already captured images of wildlife with territory on both sides of the border, like coyotes and foxes, trying and failing to cross the new wall. Her group is sending that data to the Department of Justice and U.S. Forest Service. She says she hopes Hobbs will halt the project and remove the existing containers after taking office in 2023.

Hobbs' administration did not immediately respond to requests for comment about plans for the wall.