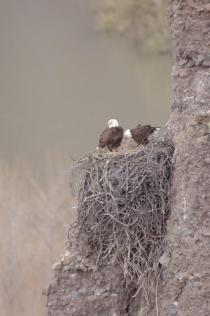 Recreationists, aircraft pilots, drone users and motorized paragliders are encouraged to not disturb the breeding areas.

Kenneth Jacobson is the raptor management coordinator with the Game and Fish Department.

“Whether there’s a closure or not, if they’re doing something that’s causing bald eagle disturbance, they could be in violation of the Bald and Golden Eagle Protection Act, which would be a U.S. Fish and Wildlife Service regulation and citation that they’d be facing," he said.

To protect these birds, closures will occur at various locations, including the Verde River and Salt River.

The public can seek out more information about restrictions through each specific area’s ranger district.