In meeting with Biden, AMLO calls for end of 'disdain' and 'abandonment' of Latin America 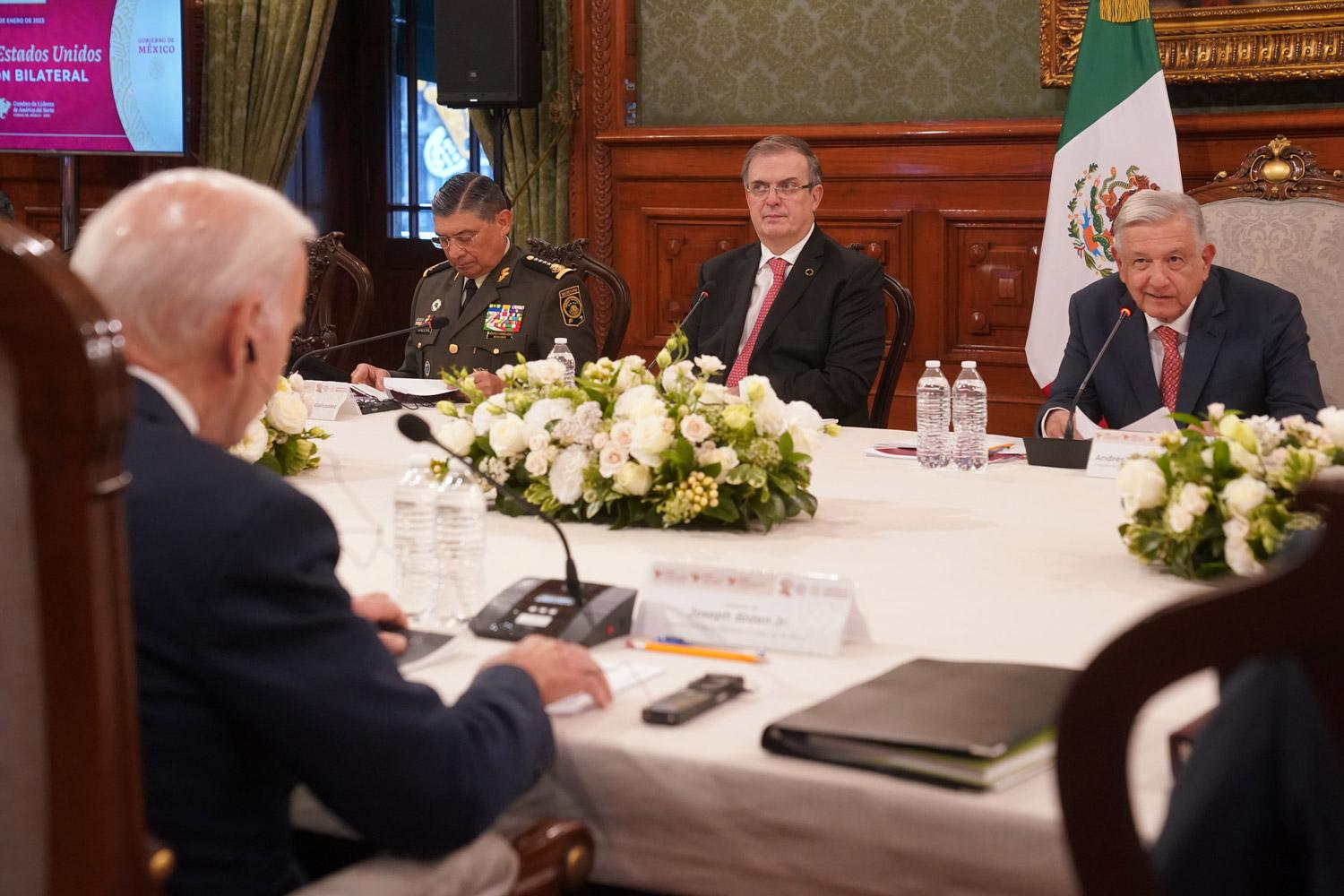 President Joe Biden sat down this week with his Mexican counterpart.

In public remarks Monday afternoon, Mexican President Andrés Manuel López Obrador warmly welcomed Biden and his team, he told Biden that he thinks of him as a “visionary” leader and that the time is ripe — with a relatively new trade deal in place between the U.S., Canada and Mexico — for a new policy of regional economic integration.

But he also harkened back to what he described as the more robust policies toward Latin America of U.S. leaders many decades past, like John F. Kennedy and FDR.

The time has come for a move away from the “disdain” and “abandonment” that López Obrador said has characterized more recent U.S. policy toward the region, and added that Biden was the right leader to undertake that shift.

Biden pushed back on the notion of the U.S. having abandoned Latin America.

He also said the U.S. has responsibilities around the world, not just in Latin America, but that he looked forward to working with López Obrador on what he called the two countries’ shared security, and irregular migration.

“Above all, we both committed to pursuing a better future, one grounded on peace and prosperity, for all of our people,” Biden said.