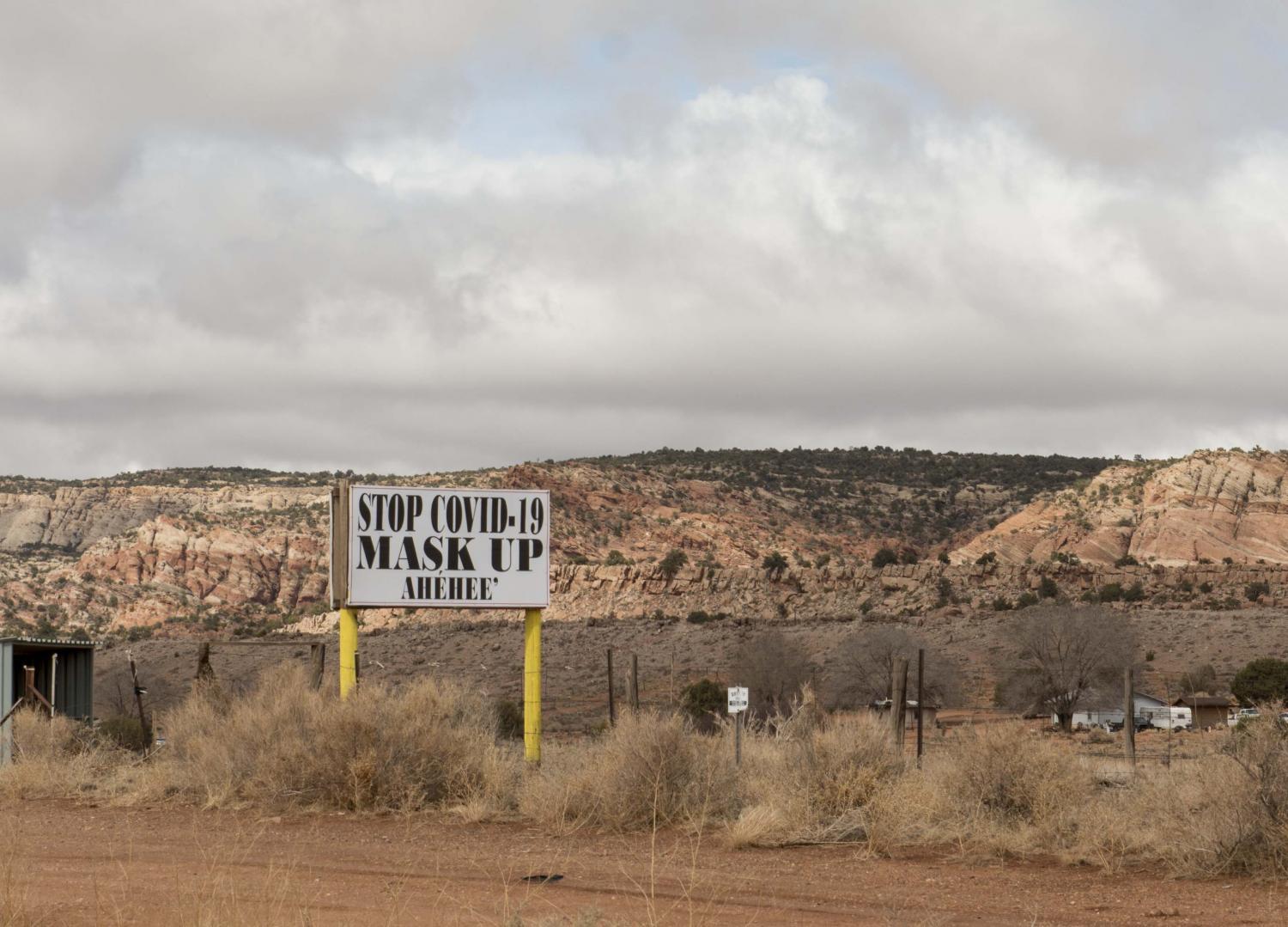 Katherine Davis-Young/KJZZ
A sign on the Navajo Nation reminds residents to wear a mask to prevent COVID-19.

The Navajo Nation has rescinded a mask mandate that's been in effect since the early days of the coronavirus pandemic, officials announced Friday, fulfilling a pledge that new tribal President Buu Nygren made while campaigning for the office.

The mandate was one of the longest-standing anywhere in the U.S. and applied broadly to businesses, government offices and tourist destinations on the vast reservation, which extends into New Mexico, Utah and Arizona. The tribe at one point had one of the highest coronavirus infection rates in the country and among the strictest measures to help prevent the spread of the virus.

They cited figures from tribal health officials that show there's a low risk of transmission, based on the seven-day incidence rate of 51 cases per 100,000 people.

The number of positive cases overall during the pandemic still remains higher in the Navajo region than any other Indian Health Service region, except for Oklahoma. The Navajo Nation has tallied more than 2,000 COVID-related deaths since the pandemic began.

Nygren and Tso urged people to continue taking precautionary measures. Masks will still be required in schools, nursing homes and health care facilities, according to the latest public health order.

“It’s time for the Navajo people to get back to work,” Nygren said in a statement. “It’s time for them to be able to open their chapter houses to conduct local business and to receive services they are asking for and deserve.”

The news spread fast and comments poured in on social media. Some praised the action and others were sharply critical, including former President Jonathan Nez, who had sought a second term, and whose tenure was dominated by the response to the pandemic.

“But the new administration needs to be held accountable if we see a surge in new infections, hospitalizations, and deaths,” he wrote on Twitter.

Enforcement of the mask mandate had been mixed on the 27,000 square-mile Navajo Nation. Most people wore masks at the inauguration for newly elected officials earlier this month, but neither Nygren or Nez kept one on the entire time.

Brian Parrish, who oversees the Navajo Nation Gaming Enterprise, said signage would be changed at the tribe's four casinos to indicate that masks now are optional. He said he suspected a large percentage of patrons haven’t returned because of the mask mandate but might now.

“We’re ready to take this next step toward getting back to normal,” he said late Friday.

Priscilla Todecheeny, who works at the Red Rock Trading Post in Red Valley, Arizona, said signs regarding masks came down once the reservation reopened to visitors, and no one was kept from entering. But she's concerned about employees who had been wearing masks.

“I think it should still be in stores for our safety because we don't know if another person might have the virus or is carrying it,” she said Friday.

Diana DeChilly, who is Navajo, was in the hospital Friday with the flu when she heard masks no longer were required on the reservation. She said she'd rather keep hers on to prevent the spread of any illness, even when she's discharged.

“I’m willing to bet a majority of Navajo people are going to keep wearing their masks, mandate or no mandate,” she said.