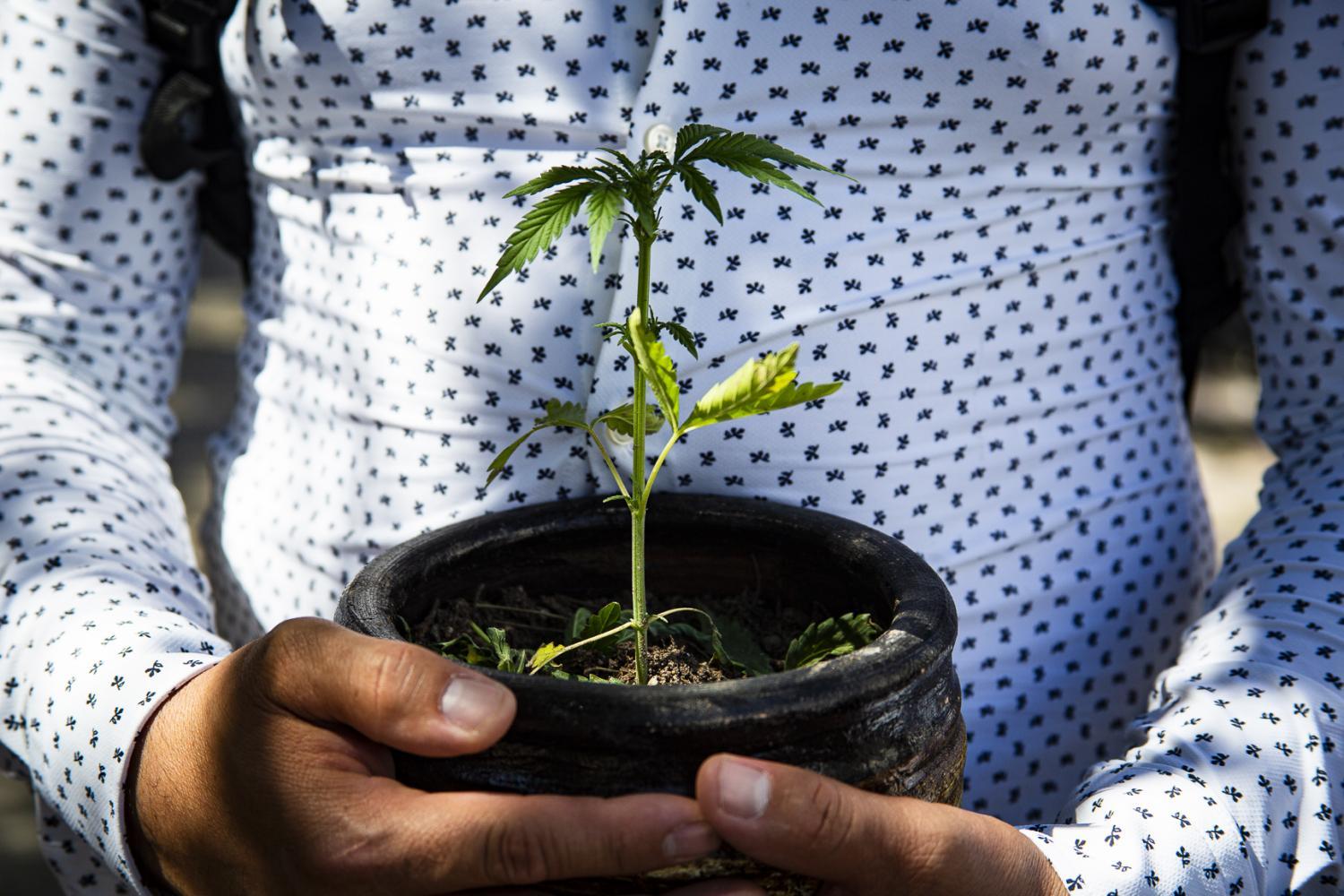 Murphy Woodhouse/KJZZ
A participant holds up a marijuana plant before it was put in the ground in front of the Sonoran government palace.

An Hermosillo activist now has something few of his fellow Sonorans have: a permit to grow and smoke marijuana.

Last year, attorney and activist Miguel Haro was denied a permit to smoke and grow marijuana recreationally by Cofepris, basically the Mexican version of the US FDA. That’s despite a 2021 Supreme Court ruling that declared all prohibitions on recreational pot use unconstitutional, and ordered Cofepris to develop a means for Mexicans to enjoy that right. Haro took the denial to court, won and recently received his permit.

Ideally, he said that Cofepris should simply abide by the Supreme Court’s order. But until then he knows how to get a permit despite the agency’s intransigence.

“More people are reaching out to me, asking for help to get their permits,” he said.