From The Valley Of The Sun To 'The Brink Of Famine' 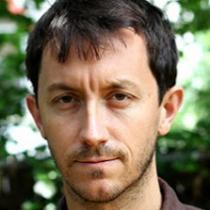 The PBS investigative series "Frontline" is giving its viewers an expanded view of a widening famine in war-torn South Sudan.

In 360-degree virtual reality, "On The Brink Of Famine" examines the deepening hunger crisis that few people in the Western World are even aware of. It’s estimated that more than 2.8 million people are going hungry in the world’s newest country. At least 40,000 South Sudanese are said to be near starvation.

The award-winning journalist and filmmaker behind this groundbreaking documentary is Benedict Moran. Moran grew up here in Phoenix, went to North High School and has traveled around the world documenting stories on film.

We spoke with him about the film’s virtual reality format, making the disturbing images even more poignant. Plus, what it was like to document this crisis and the major challenges he faced while shooting in South Sudan.

On The Brink of Famine is running this month on PBS and online.

Hear more from Sudan through Moran's audio postcard produced for KJZZ in 2007.